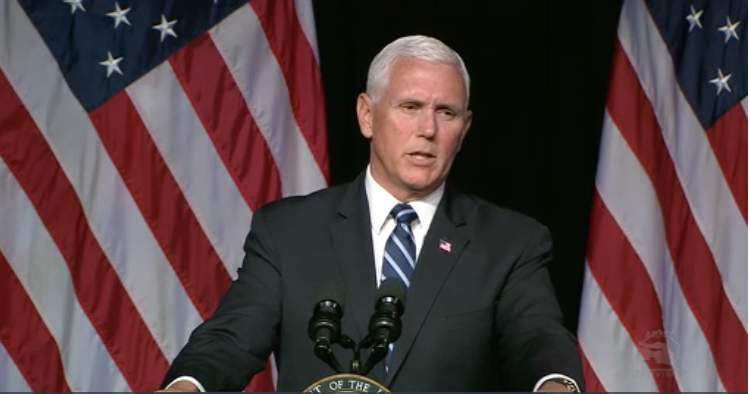 WASHINGTON: It’s unclear how effective the gambit will be, but Vice President Mike Pence called out to lawmakers on Capitol Hill today, urging them to fund the nascent Space Force, which Air Force officials say will cost $13 billion for the first five years.

Pence, asked by a Washington Post reporter if the Space Force was worth it, offered this: “I would just ask my colleagues in Congress, what price freedom?”

The effort to create a Space Force took a step forward today as the National Security Council approved the administration’s nascent plan. My Space News colleague, Sandra Erwin, said the NSC plan “will be part of a new space policy directive, SPD-4, that will be sent to Trump’s desk for approval in the coming weeks.”

But the odds for the Space Force getting very far in the next few years aren’t great. Should the Democrats seize control of the House — not a prediction, just analysis — much of the steam is likely to come out of the push for a Space Force. Rep. Adam Smith, who would become House Armed Services Committee chairman, has said he does not think a Space Force is needed. 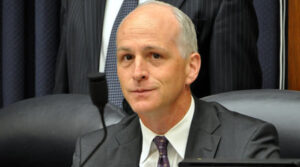 Much of the impetus for the new military service has come from Rep. Mike Rogers, the GOP chairman of the HASC strategic forces subcommittee, who first floated the idea of a Space Corps at last year’s Space Symposium. And, more importantly, support from the Senate Armed Services Committee has been tepid. Without strong Senate support, it would be extremely difficult to get both language in a National Defense Authorization Act and funding in the defense spending bill. But we’ll have to see what the American people say next month.

Pence, whose grasp of the details of basic space policy seemed somewhat strained during today’s appearance, restated standard policy that the landmark Outer Space Treaty, which bars the use or stationing of weapons of mass destruction in the black eternal, did not need changing. On the specific topic of nuclear weapons, he said it’s “in the interest of every nation to ban nuclear weapons in space” but the Trump Administration would keep pressing ahead with “the idea the best protection comes from space through strength.”

Asked if the US would station weapons in space Pence said we “would defend American interests,” a pretty standard restatement of US policy, which contains deliberate ambiguity on the issue. 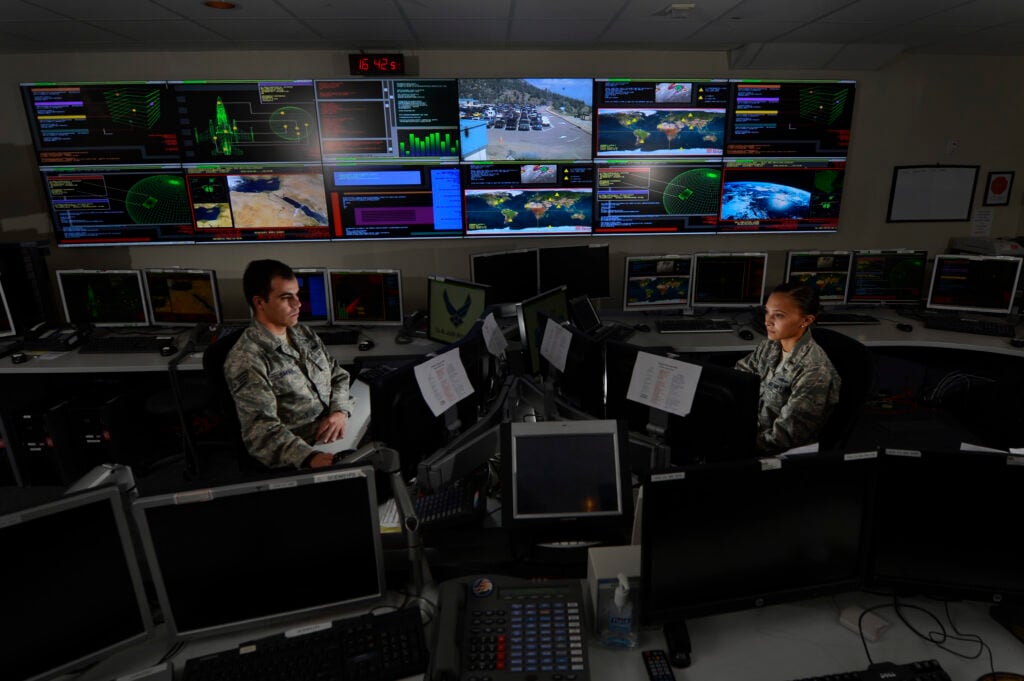 For insights about how the US military currently views the realities of space war, it’s helpful to consider the recently concluded annual Schriever War Game. These are the pinnacle of US military planning for conflict in space and, of course, most of the details are classified.

The 2028 scenario, not too surprisingly, focused on what is delicately referred to as “a global scenario with the focus of effort towards the U.S. Indo-Pacific Command (USINDOPACOM) Area of Responsibility.” To put it less politely: conflict with China.

It was a robust effort, with some 350 military and civilian experts from more than 27 US agencies, including the NRO, State and Commerce departments, and representatives from Australia, Canada, France, Germany, Japan, New Zealand, and the United Kingdom.