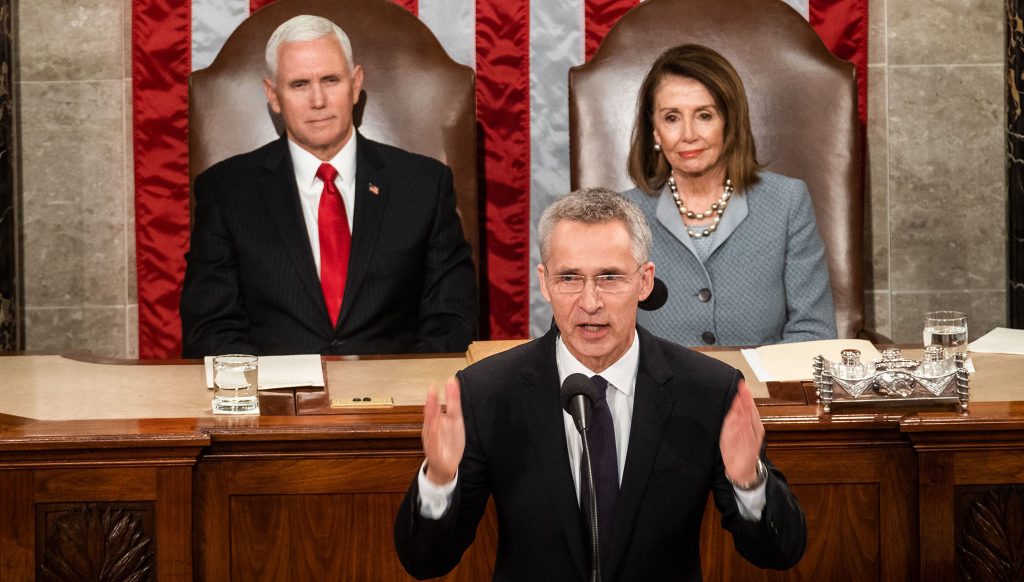 WASHINGTON: Vice President Mike Pence unleashed some of the Trump administration’s harshest criticism yet of two long-time NATO allies Wednesday, taking Germany and Turkey to task during a celebration of the NATO alliance’s 70th anniversary.

Dressed in President Trump’s trademark bright red tie, white shirt and dark suit, Pence’s speech was as much a warning as it was a celebration of the transatlantic alliance.

“Turkey must choose,” Pence said. “Does it want to remain a critical partner in the most successful military alliance in history or does it want to risk the security of that partnership by making such reckless decisions that undermine our alliance?”

Turkey is bucking the wishes of the rest of the alliance in moving forward with the purchase of the Russian S-400 missile defense system, a decision that the Pentagon warns may cause Turkey to be removed from the F-35 program. 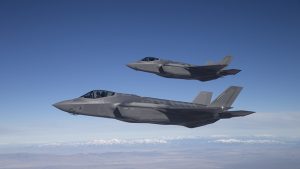 On Monday, the Pentagon announced the US has halted shipments of F-35 parts to Turkey in response to the Turkish/Russian deal.

Earlier in the day, Turkey’s Foreign Minister Mevlüt Çavuşoğlu delivered a defiant pre-rebuttal to Pence from the same podium. “Turkey doesn’t have to choose between Russia and any others,” he said. “Nobody, neither west nor Russia, should ask us to choose.”

Pence also lambasted Germany for failing to come up with a plan for spending 2 percent of its GDP on defense by 2024.

“Germany still refuses to make the necessary investment of 2 percent of its GDP…after great prodding they agreed to spend only 1.5 percent of its GDP on defense by 2024, but the draft budget of 2019 just presented to the German parliament actually falls short of even that,” Pence said.

Germany has long been a favorite target of President Trump, who has traded barbs and praise with German Chancellor Angela Merkel since taking office.

Trump and Pence have not only chastised Germany over defense spending, but also its use of the Nord Stream 2 undersea gas pipeline that will send Russian gas to Germany.

Pence on Wednesday said Europe cannot remain secure “if our allies become reliant on Russia. It is simply unacceptable for Europe’s largest economy to ignore the threat of Russian aggression and continue neglecting its self-defense,” he added.

Following Pence, former Army Europe commander, retired Gen. Ben Hodges, lamented “can Germany spend more? Sure. But I wish we would have heard more about what Germany has done for our collective security,” including deploying troops to the new task forces in the Baltics.

The VP’s speech came hours after NATO chief Jens Stoltenberg delivered a rousing speech to both houses of Congress which was interrupted multiple times by standing ovations. In contrast, Pence spoke to a subdued room, receiving little more than a smattering of polite applause even as he praised the strength of the alliance.

Markedly, in a repeat of Pence’s speech in February during the Munich Security Conference during which attendees refused to applaud Pence’s mention of President Trump, there was a marked silence after Pence said NATO had been reinvigorated by “the resolute American leadership of President Donald Trump.”

When NATO’s Stoltenberg arrived at the event in mid-afternoon, he received a standing ovation.