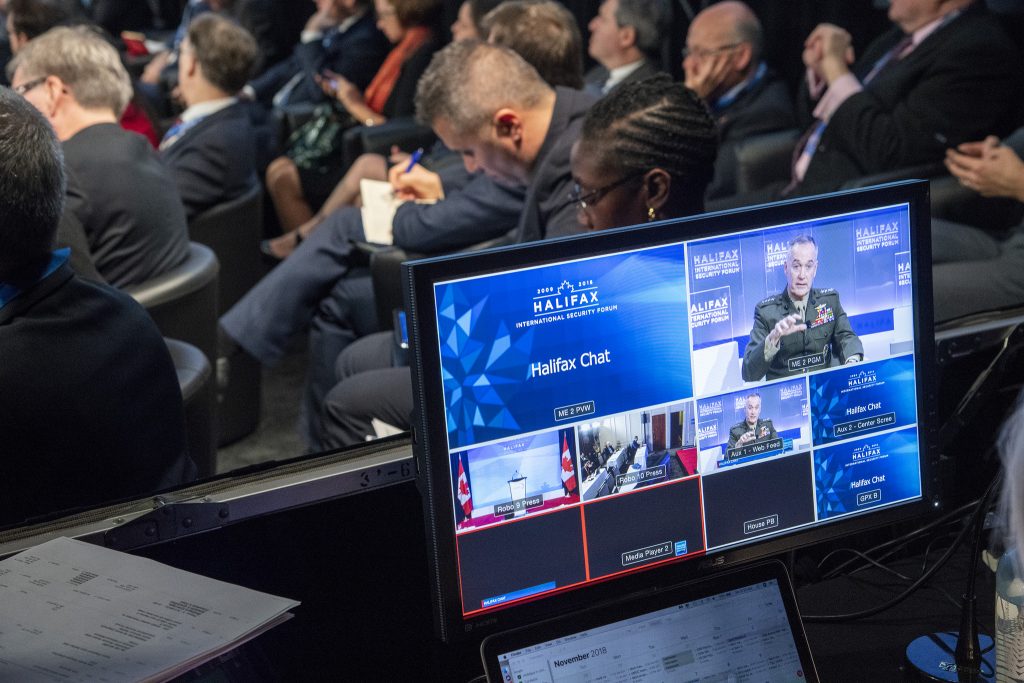 HALIFAX: The Chairman of the Joint Chiefs expressed frustration Saturday over the refusal of some tech giants to work with the US military.

“I have a hard time with companies that are working very hard to engage in the market inside China,” said Gen. Joe Dunford at the Halifax Security Forum, “then don’t want to work with the U.S. military.”

“We are the good guys,” Dunford said. 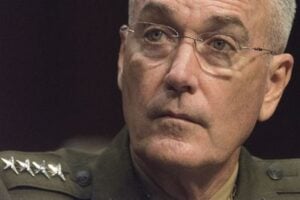 The four-star Marine Corps officer pointedly didn’t mention Google by name, but the company pulled its engineers out of Project Maven, a Pentagon program to develop artificial intelligence to help analyze data pulled from drones. The move came after thousands of Google employees wrote a letter of protest to management demanding that Google pull out.

Google also declined to participate in the competition for the $10 billion Pentagon JEDI cloud contract, while Microsoft’s employees also pressured the company to stay away from working with the military.

“This is not about doing something that’s unethical, illegal or immoral,” Dunford said. “This is about ensuring that we collectively can defend the values for which we stand. That would be the argument I make to the tech companies.”

Dunford pointed to Google’s ongoing work with the Chinese government to develop a domestic search engine that would restrict searches to government-approved topics. The company is also standing up a new Google AI China Center in Beijing staffed by hundreds of engineers. Chinese officials have boasted that they plan to be the world leader in artificial intelligence by 2030, an effort underscored by massive investments that cut across civilian and military applications — a deliberate national strategy of “civil-military fusion.”

Dunford made the point that any work US companies do with Chinese industry is effectively the same as doing that work for the government, as the lines are often blurred when it comes to where industry starts and government ends. That’s especially true in the high-tech field, where the People’s Liberation Army is rushing to secure advances in the fields of hypersonics, stealth, space systems, surveillance, and artificial intelligence.

Pentagon officials new and old have long been surprised by Google’s refusal to work with the military.

Former Deputy Defense Secretary Bob Work said earlier this year that Maven was “what we considered to be the absolutely least objectionable thing” they could ask Google to do, as it simply involved “teaching AI to look for things on video.” Pentagon officials have said despite Google’s concerns that its work could be used to conduct airstrikes that could lead to civilian casualties, Maven would do the opposite: It would deepen the understanding of what the cameras were seeing, help identify targets more accurately, and thus reduce civilian casualties.

Not all companies think the same, however. Amazon founder Jeff Bezos has spoken enthusiastically to military audiences and recently said in an interview, “if big tech companies are going to turn their back on the US Department of Defense, this country is going to be in trouble.” His company is the favorite to land the full JEDI contract, and is moving half of its business to new offices blocks from the Pentagon.