AFA: In what may be a hint of things to come, the head of the Air Force Rapid Capabilities Office says his office is keeping a close eye on the B-21 bomber’s stealth costs. While he didn’t indicate there were any cost overruns or scheduler problems, the fact that RCO Director Randall Walden mentioned this for the first time in public would seem to indicate a heightened level of interest.

Almost everything about the B-21 Raider is classified, except for its price, so mention of anything is worth noting. The Air Force plans to buy more than 100 of the long range strike aircraft and to pay Northrop $550 million a copy. The first 21 aircraft will comprise five batches of Low Rate Initial Production aircraft. 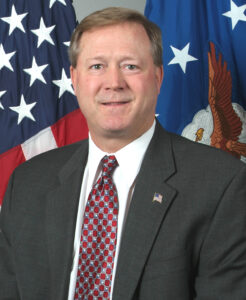 If we put a few pieces together, Walden may be focused on stealth because Northrop Grumman, the plane’s builder, is constructing a new 45,900 square foot “coatings facility” at its facility at Air Force Plant 42 in Palmdale, Calif. And, as Walden noted during a panel yesterday, stealth is one of the program’s most likely risk areas.

I confirmed that the plant is part of the B-21 program and that the facility would be key to stealth coatings for the plane. Development of a stand-alone plant for coatings, presumably for stealth, highlights the importance of security to the program.

Bottom line on the B-21 program seems to be summed up by Walden’s comment that, “Based on what I’ve seen so far, it’s actually a pretty good deal for us and the taxpayers.”

At the end of the panel, I did ask him a larger strategic question about his office, one that is being copied by all three other services and lauded as a model to help fix what ails the Pentagon in acquisition: very slow development, risk aversion and those darn cost overruns. His office is meant to be nimble and to gently push the envelope of technology to field weapons the Air Force really needs and field them, as its name declares, rapidly. But it’s managing the B-21 program, the X-37B spaceplane and other significant efforts. Bill LaPlante, former head of Air Force acquisition, said last week when proposing a separate RCO for space that it was necessary because you didn’t want to overburden Walden’s office.

Walden’s reply: what matters are the people and the culture of the organization, not necessarily the size of its mission or its programs. Fair enough, so far.