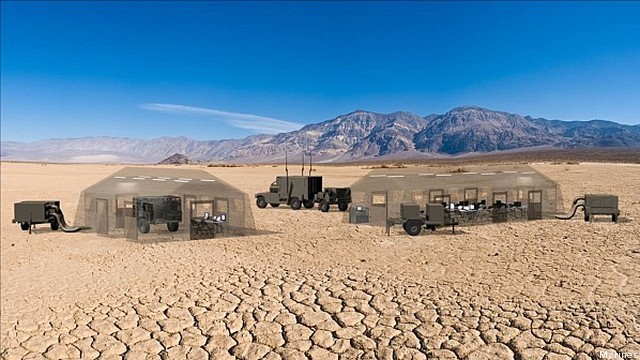 In mid-June, Defense Secretary Leon Panetta took a seat in front of the Senate defense appropriations subcommittee and warned of the dangers of large, across-the-board reductions in national military spending. Panetta called such cuts “a disaster” that would severely compromise American security.

The Secretary is right. Even in times of severe fiscal challenges, the government needs to keep financing military development programs that genuinely enhance the safety and efficacy of our American soldiers. Blind penny-pinching puts their lives at risk. Officials should identify particularly promising projects and focus their dollars on them.

The Marine Corps’ “Common Aviation Command and Control System” — typically shortened to “CAC2S” — is precisely such a program.

CAC2S is a next-generation command and control system currently being developed for the Marines. It’s designed to serve as a single repository for the wide-range of data collected by Marine aircraft and sensors during combat. CAC2S collects, organizes and analyzes all that data. And then it presents the key bits of information to battlefield commanders using a high-tech single graphical interface.

Fully developing and deploying CAC2S would solve a major, long-standing problem for the Marines: a lack of data integration among its many different command centers.

For decades, Marines have been using several different systems to collect and transmit aircraft data. Information flows in from many different sources and is funneled to one of six major command systems. These systems have equally intimidating names like “Tactical Air Command Center” and “Direct Air Support Center.”

The obvious problem is that there isn’t a single, comprehensive picture of the battlefield. The different modules don’t communicate with one another.

CAC2S would solve the very difficult challenge of fusing data from a myriad array of sensors and provide just such a picture. The old command centers get consolidated into a single, high-tech operations station with access to the full breadth and depth of all the information coming in from Marine aircraft and sensors. And commanding officers get a single, fully integrated picture of what’s happening on the battlefield.

These innovations have outpaced the technologies used for central communication systems. Some of these centers are decades-old. They just aren’t capable of receiving and evaluating huge loads of high quality data in a timely and efficient manner.

Out on the battlefield, even a slight delay can spell the difference between life and death. Marines on the ground need real-time information from their commanders to identify and engage enemies. The CAC2S ensures that delays are a thing of the past.

As communications technology has advanced, so too have the capabilities of these systems. CAC2S provides commanders with a high-tech graphical interface so they can quickly and easily know precisely what to tell their Marines. Further, components are lighter than ever before. So transporting CAC2S is much easier compared to older command centers. These systems can even be set up in severe weather, a common hazard for Marines.

To get an even clearer sense of the advantages of CAC2S, consider a hypothetical Marine aquatic assault on a vital waterway that’s been seized by a rogue state.

Two squads of Marines land at two different locations near a cluster of anti-ship missiles. Both groups conduct reconnaissance, gathering data on enemy and missile positions. All that data flows back to a command center via CAC2S.

Commanding officers determine the feasibility of an air assault and then call in a package of F-35 fighter jets to take out the missile clusters. While en route, those jets are transmitting back to the command center huge amounts of data about the location of hostiles, fuel levels, and munitions supply.

Suppose those jets get hit with an electronic attack that jams their navigational equipment. CAC2S can then identify other active jets in the region that have the necessary jamming pods to counter the attack. It can redirect that squad to meet the F-35s mid-air and enable them to complete their mission.

Lieutenant General Ed Hanlon is a retired United States Marine Corps general officer. His assignments included Commanding General, Marine Corps Combat Development Command, Quantico, VA and Deputy Commandant for Combat Development, Headquarters, U.S. Marine Corps. Since retiring from the Marine Corps in 2007, Ed has served as the Regional Executive for Europe, Sub-Saharan Africa, and Israel for Raytheon International, Inc.
This is the value of CAC2S. It’s a single, fused, high-tech repository for all the information from the modern Marine battlefield. There are parts of the military budget that are expendable — but CAC2S isn’t one of them.