Redouble Our Whole Of Government Efforts To Fix Perfect Storm Of Strategy Goobledygook!

Mark Cancian is a former Office of Management and Budget official. Unlike many of that ilk, he sometimes exhibits the ability to write a sentence in clear and simple English. As he and his son, Matthew, looked out across the national security landscape, they saw it pocked with large lumps of nearly meaningless verbiage. In advance of the release of the Trump Administration’s first National Security Strategy, they penned an article modestly titled: It’s Time to Retire These Meaningless Policy Phrases. We like our headline much more, but you get the point. Perhaps this will lead to an exit strategy for this wicked problem. Read on! The Editor.

The time of strategy reviews is upon us, and soon the Trump administration will publish both a National Security Strategy and a National Defense Strategy.  Meanwhile, tank tanks and academia are giving advice from the sidelines. But strategies need to be clear to be meaningful. In constructing this wave of strategy documents, writers need to eliminate phrases that produce the appearance of meaning without the substance. In academia and the think tank world, where we work, such phrases are annoying, but in government documents they can affect the fate of the nation. So with the intent of clarifying meaning and sharpening discussions, we identify some of these meaningless phrases and propose ways to eliminate them.   We have gone light on identifying actual examples because we don’t want to embarrass specific individuals; and, nostra culpa, we too have been guilty of using them when we shirked the work of making difficult choices or coming up with new ideas.

“Redouble our efforts”: This is a common recommendation in the think tank world where the original proposal was sensible and attractive but is just not working. Rather than come up with a new recommendation or acknowledge the previous failure, the same recommendation is made again. It is a failure of imagination and not very helpful for implementing policy. And the phrase is not literally correct. “Redoubling” our efforts implies that efforts were previously doubled, so this would have to be the third time the recommendation was made. At least say, “renew”.

The best solution, however, is to do the hard work of acknowledging that the most attractive option is not working and that a second best, previously discarded, policy option might now be the best option. Or, if the original approach is still the best, then proponents need to explain why its track record of failure won’t continue in the future.

“Whole of government approach.” This common recommendation for problems from counterinsurgency to outbreaks of infectious disease allows strategists to recognize the government’s extensive capabilities and to sound broad minded. However, the phrase obscures meaning. Who would ever argue to exclude elements of government that might be helpful in finding a solution? Calling for a “whole of government” solution short-circuits the hard thinking about who in government should actually be helping and how they should help. Is it the State Department, the Justice Department, the Agriculture Department, and do they actually have the mechanisms to provide help?

Sometimes, the phrase is code for “not DoD”. This appears particularly in discussions of regional engagement, where DOD’s regional commanders have taken a leading role. Here, a “whole of government approach” means “give the State Department a larger function”. That’s a defensible recommendation, but proponents need to be clear about the meaning and about how the State Department would take up broader functions in the face of the Pentagon’s far superior capabilities.

When used by someone in DoD, it means “not us—bring in other agencies so DOD can offload tasks it is not good at or doesn’t want to do.”  In the past, this has often related to the sticky problem of establishing stability after a conflict.  Again, it’s a defensible idea, but proponents need to face the tough question of “who”, given the limited capabilities of other agencies.

“Wicked problems.” The concept of “wicked problems” was first proposed in 1973 to describe problems that are highly complex, not easily solved, had multiple layers, and few direct precedents. The phrase caught on, likely because the notion of “wicked” was so evocative. Now everyone claims to have a wicked problem. And they probably do. Any problem that comes to the attention of the national security leadership is necessarily complex and hard to solve. If it wasn’t, it would have been solved lower down in the hierarchy. Describing a problem as “wicked” also allows writers to claim that their particular problem is really important, so the broader community should pay more attention.   But if everyone has a “wicked” problem, then the phrase has lost meaning.  Instead, writers need to explore how problems are new and why that makes a difference. 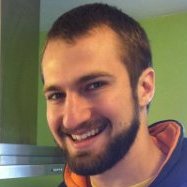 “Increase engagement with…”  Engagement is a sensible policy, but it has become an all-purpose recommendation for getting other countries and groups to do what we want them to do.  As a recommendation, it has two weaknesses.  Sometimes it avoids the hard question of what concessions we are going to offer because many outcomes can’t be achieved with just talk. For example, we can “increase engagement” with Pakistan to get Pakistani intelligence to stop supporting Islamic militants, but talk will not be enough without offering incentives for changed behavior, like increases in aid. The converse can also be true.  Engagement—which has a cost—can get disconnected from purpose.  For example, when we send a medical team to country A, what exactly are we hoping to accomplish except some generalized goodwill?

“Clarify end states.” This is often used as a substitute for “limit goals” and stops without doing the hard work of specifying which goals to give up.  Limiting goals is hard. Take Afghanistan as an example. We often hear that the US should clarify the endstate, i.e., limit what it hopes to achieve. Fair enough. But what to give up? Tolerate the warlords? Accept curtailment of girls’ education? Allow the Taliban to control some of the countryside?

“We don’t have a strategy.” Writers who dislike what an administration is doing frequently accuse it of not having a strategy. This allows them to dismiss the administration’s actions, admire the problem, and make recommendations, often vague, about what to do instead. However, there is always a strategy. The strategy may be failing, or even be unstated, but it is there. Syria is a recent example. The Obama administration was often accused of not having a strategy for dealing with the Islamic State and the Assad regime. But it did have a strategy: minimize US boots on the ground, attrite ISIS through air strikes, build up “moderate” local allies like the Free Syrian Army and the Kurds, and try to remove the Assad regime through diplomacy. The fact that it failed does not make it less of a strategy.

“There was no debate.” Closely related to the “We don’t have a strategy” trope, this is frequently employed by those, inside and outside the government, who lost a policy argument.  Their thinking is as follows: our side had the better argument; the policy being implemented is not ours; therefore, there was no debate. If there had been a debate, then our side would have won, and the policy being implemented would be what we proposed. However, in an open democracy like ours, where every secret thing gets leaked and discussed, there is always a debate. A dramatic example was the decision to launch the invasion of Iraq in 2003.  Preceding that action, there was a UN resolution, a congressional resolution following a spirited discussion, and a dramatic casus belli presentation by then-Secretary of State Colin Powell.  If these do not constitute a debate, what does? One can argue that the intelligence was faulty and that the wrong decision was made, but not that there was no a debate.

“The perfect storm.”  Originally popularized in Sebastian Junger’s 1997 book of the same name, it referred to a 1991 storm where three factors—a hurricane, a low-pressure area, and a high-pressure area—came together to make it particularly powerful. The phrase has entered the vocabulary to signify a problem with multiple, reinforcing causes. It is now a tired image and a substitute for “worst case scenario”.  Further, few policy “storms” are, in fact, perfect. No matter how bad, situations could always be worse. Instead, can we just say something like, “several adverse factors came together…” and avoid the breathless superlatives?

“Cyber Pearl Harbor.”  Yes, cyber is important and a separate domain of warfare.  However, claims about a “Cyber Pearl Harbor” tend to be overblown.  Remember: After the 1941 Pearl Harbor, 3,500 Americans were dead or wounded, 350 aircraft were damaged or destroyed, and 8 battleships were on the bottom of the harbor.

To avoid these and other meaningless phrases, strategy writers (inside and outside government) should face three questions. First, would anyone advocate the opposite of what is being suggested? If not, then maybe it is a policy straw man. Second, is the phrase obscuring more than it illuminates?  Often these phrases are ways to avoid the hard work of identifying tradeoffs and priorities.  Finally, is there a policy prescription or does the discussion just admire the problem? Hand-wringing is easy, but imaginative and actionable recommendations are needed to affect what happens in the real world.