Refueling An E-4B, With SecDef Aboard 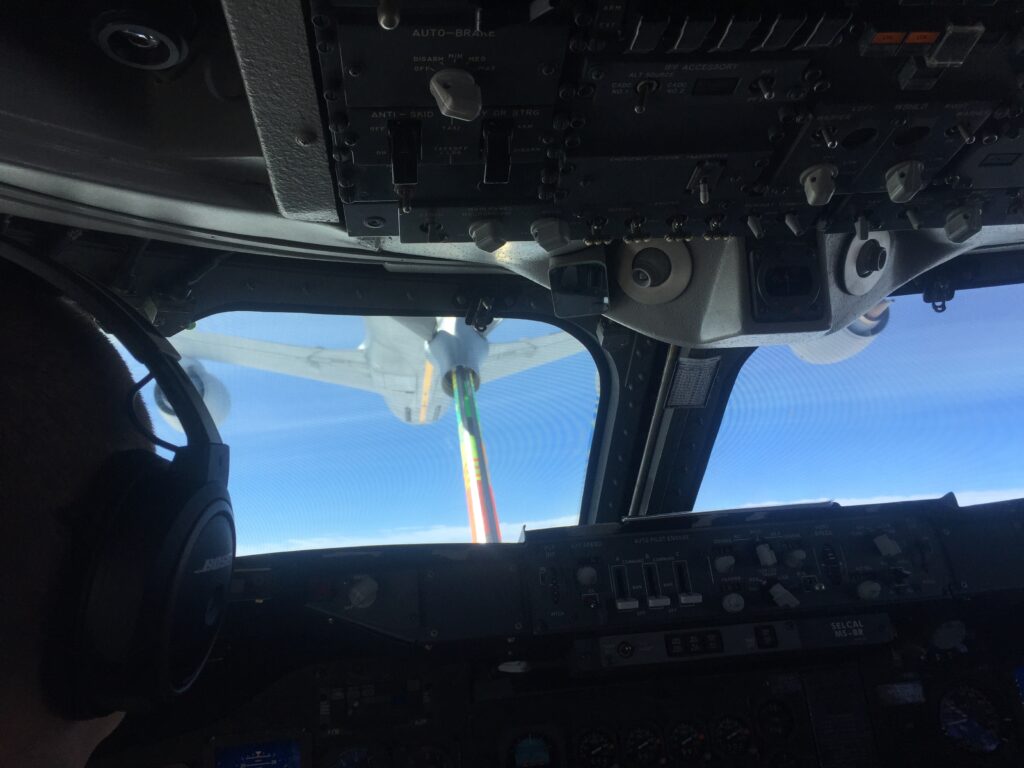 SOMEWHERE OVER THE ATLANTIC: Airborne refueling is a key American capability. It makes US fighters, bombers and transport planes able to fly almost anywhere they can find a place to land. It’s also technically complex and requires great skill on the part of the boom operator and the crew of both the receiving aircraft and the tanker.

While I’ve fiddled with a tanker simulator and have had a glimpse of what’s involved, I’d never witnessed the act itself from a receiving aircraft. I got to pick one hell of an example for my first time. I was flying back to the States on an E-4B, the plane which services as the National Airborne Operations Center (NAOC). It’s protected against electromagnetic pulse so that it can keep flying in the event of nuclear war and provides the Defense Secretary or another of a small group of senior command officials with a command center in the event of war or terrible civil disturbance.

It’s also used by the secretary for foreign travel sometimes as he can stay in touch globally with the most highly classified communications systems possessed by the United States. So imagine you’re one of the pilots occupying one of the six seats in the compact cockpit. You’ve got your boss — the top defense official in the country next to the president — and much of his closest staff sitting behind you. And you’ve flying a huge 747 with an enormous antenna installed on the top of the aircraft. 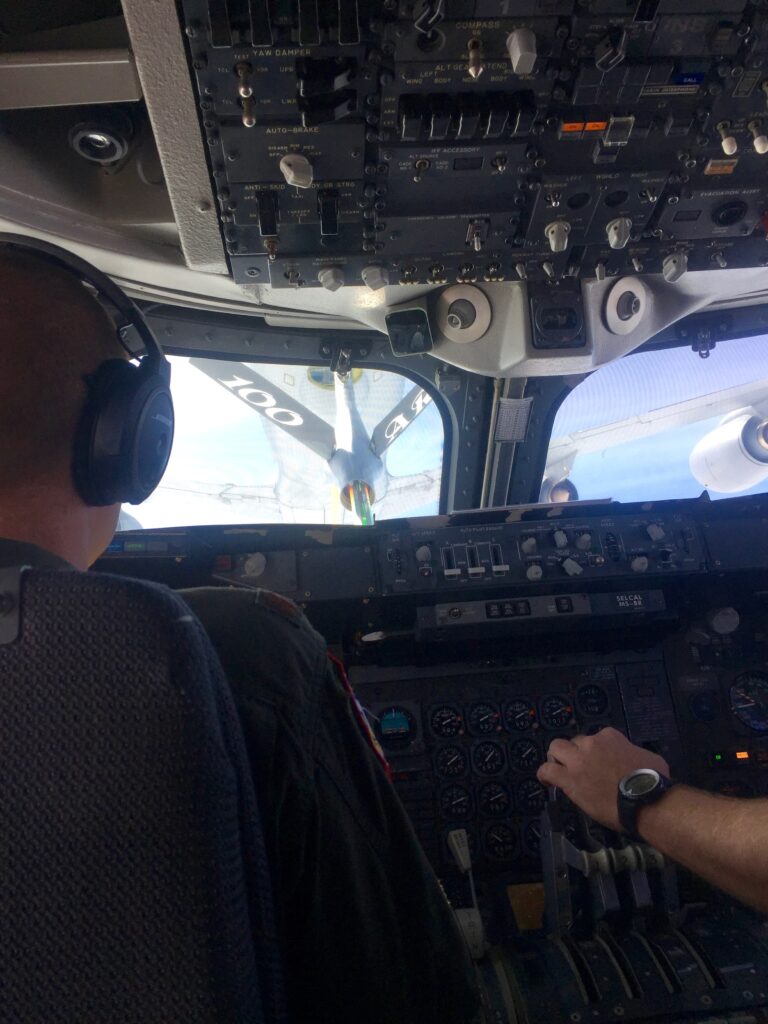 You need fuel. An airborne tanker or two (two in our case) rendezvous with you. The refueling receptacle on this aircraft sits almost directly in front of and a bit below the pilots, as you can see in the photos.

And that, as one of the crew mentioned to me, can make things even more exciting. On a recent refuel, he said that the connection was a bit loose and fuel kept spraying over their windshield for an hour. The precision and skill required to fly an enormously heavy, if well designed, aircraft takes a physical toll on the pilot handling the aircraft. The intense concentration, stress and physical control needed can send heart rates up to 140 and leave even the baddest pilot in need of backup. 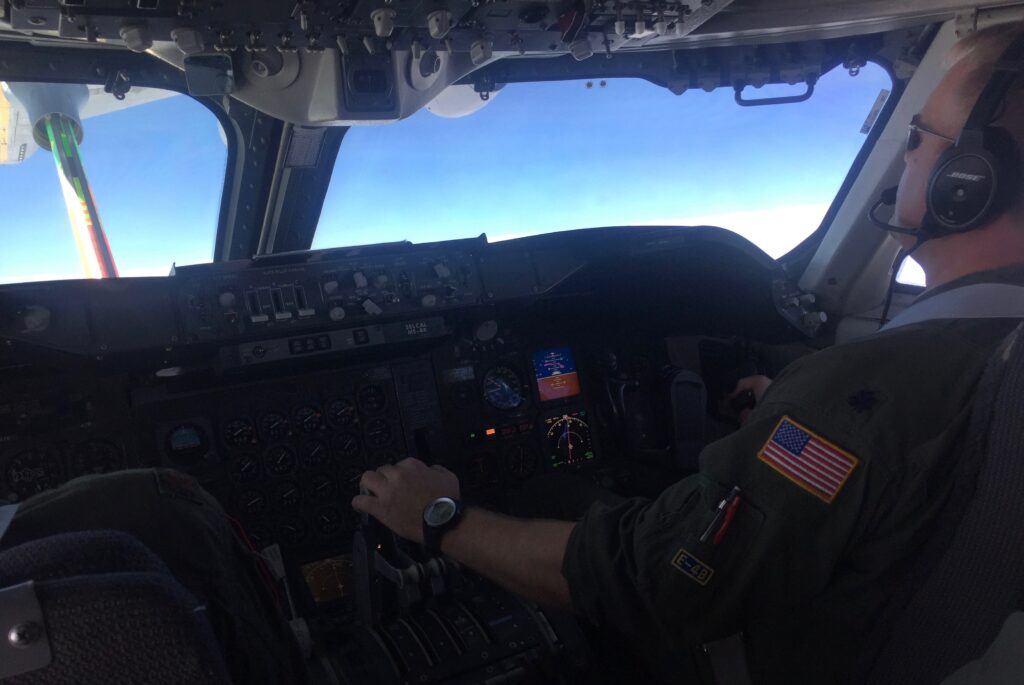 While we were being refueled you could feel the plane dip and rise, slow and speed up as the pilot kept pace and trimmed the plane as it grew heavier.

At the very beginning of the video above you can see the boom retract. About half an hour later the second plane, flying off to our left came in, hooked up and everyone went through it again. Hats off to the plane’s crew for putting up with the tourist in the cockpit.