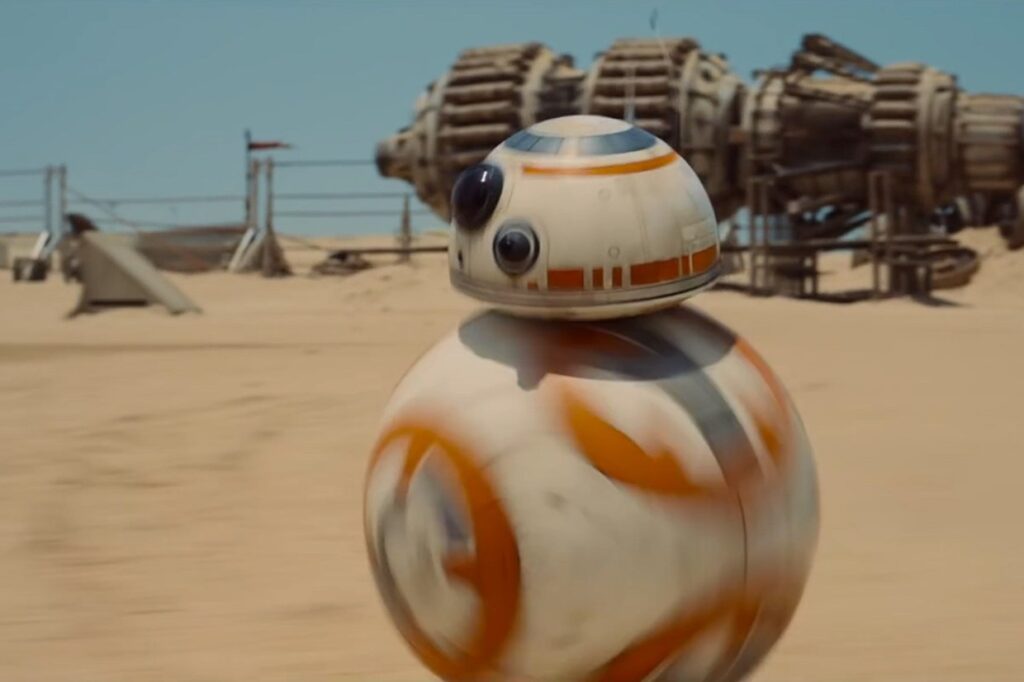 Sorry, real robots won’t be this cute and friendly.

WASHINGTON: I haven’t seen the new Star Wars movie yet — no spoilers in the comments section, please — but its vision of high-tech warfare is already looking quaint. Always at heart a fairy tale in space, the series puts humans in the cockpit and on the front lines, with droids as adorable sidekicks. Meanwhile, real militaries are racing towards robotic war, where machines not only fire the weapons but make many of the decisions.

Automation is at the heart of the Pentagon’s ambitious “Third Offset Strategy,” launched last year with an anxious eye on advances in Russia and China. “China’s investing heavily in robotics and autonomy,” said the father of Offset, Deputy Secretary of Defense Bob Work, “and the Russian chief of General Staff, [Valeriy] Gerasimov, recently said….quote, ‘in the near future it is possible a fully robotized unit will be created capable of independently conducting military operations.’”

So there’s no question that robotic combat is coming. The question is how much input humans will still have — and different countries will take different approaches. After reporting, talking, and thinking on this topic for the past three years at Breaking Defense, I see three stark alternatives emerging. Call them Skynet, swarms, and centaurs:

The centaur appeals to the American military because it preserves a role for its most prized asset, its highly trained human beings. But different institutional cultures have different preferences. “Authoritarian regimes who believe people are weaknesses in the machine…. will naturally gravitate towards totally automated solutions,” Work said at a CNAS conference in December. “Why do I know that? Because that’s exactly the way the Soviets [conceived] their recon-strike complex: It was going to be completely automated.”

In other words, autocrats like Skynet. When your top priority is control, letting a computer make key decisions seems preferable to leaving them to unreliable humans. Historically, Russian forces tended to grind to a halt whenever they didn’t have clear orders from on high, anyway — Stalin, like Darth Vader, never learned that executing subordinates for mistakes can make the survivors excessively risk-averse — so why not centralize?

The Russians are also well aware of the vulnerability of a centralized, Skynet-style network: communications breakdown. Their radio jammers have had paralyzing effects on Ukrainian units, their radar jammers may be able to blind our missile defenses, and their electronic warfare arsenal overall may be better than ours. Similarly, Russian hackers are among the best in the world, with US intelligence considering them superior to the Chinese. So in a conflict between Russian and US forces, they would stand a fair chance of bringing down our networks before we could bring down theirs.

So if monolithic regimes like the Skynet model, and Americans like the centaur, then who’d like swarms? Small, tactical swarms could prove useful in either approach, dispatched by either the central Skynet intelligence or the human-machine centaur team into some area where communications were impossible. Indeed, if offensive cyber and electronic warfare get too good, and future warfare is characterized by mutually assured disruption in which both sides’ communications go down and stay down, swarms may be the only option. 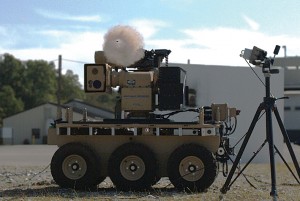 MADDS caught in mid-shot by a high-speed camera.

But a strategic swarm — a swarm unleashed to accomplish large-scale objectives — would scare the hell out of most governments, democratic or authoritarian. Because each robot in a swarm makes its own decisions, without needing to communicate, their likelihood of doing something humans didn’t intend is much higher than for robots in a Skynet or centaur system, where a master computer or human controller is in regular contact. Of course, you can design a swarm to accept an emergency override, but good luck making that system secure enough to keep the enemy out without occasionally keeping you out as well.

A strategic swarm of robots, in short, is an option only if you don’t care about collateral damage or other unintended consequences. That makes it most attractive to terrorists and states that see terrorism as a valid tool, such as Iran. For such relatively low-tech and low-budget adversaries, the swarm has the additional attraction that it doesn’t require a long-range, highly secure network, a sophisticated master computer, or highly trained human operators like the Skynet and centaur models. You just build or buy your robots, program in the target, and let slip the mechanical hounds of war.

So the fairly near future might see all three models co-existing, albeit uneasily: centaurs in the US and its allies; Skynets in Russia, China, and their richer customers; and strategic swarms in Iran and terrorist-ruled badlands like today’s Islamic State. Once that happened, then given the human propensity for violent conflict, we’d see all too soon which way of robot warfare worked the best.