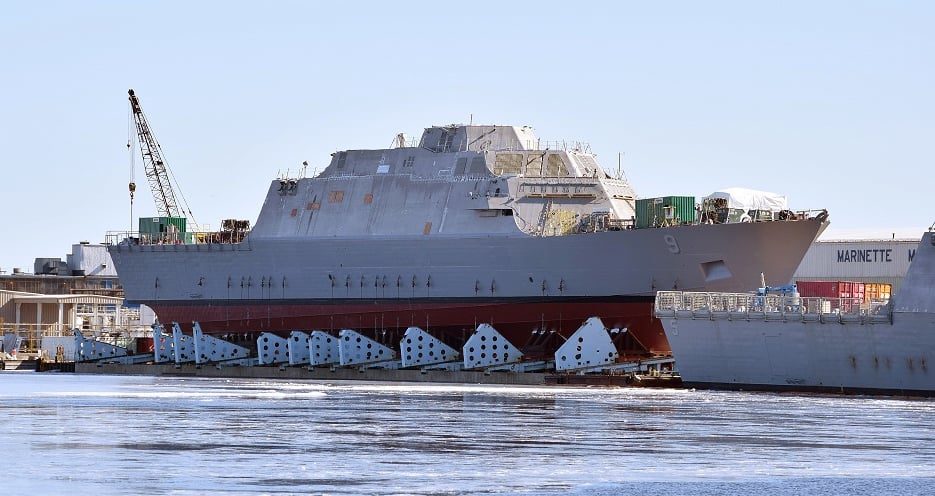 CAPITOL HILL: Presidents propose; Congress disposes. President Trump’s shipbuilding budget for 2018 is a placeholder that legislators can increase, the chairman of the Senate seapower subcommittee told me this morning.

After Sen. Roger Wicker chaired a hearing with shipbuilding executives, following a classified hearing with Navy leaders, I asked him about Trump’s budget. Despite Trump’s campaign pledge for a 350-ship fleet, his budget adds no ships to the Obama plan for FY18 and actually cuts the shipbuilding account. Is this a disappointment, a placeholder, or — given that it takes time for the shipyards to ramp up — a reasonable delay? 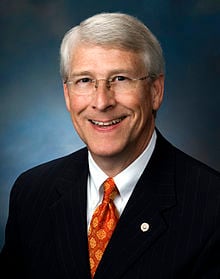 “Option B,” Wicker told me with a slight smile. “It’s a placeholder.

“We take the leadership of the Navy’s recommendations seriously, as a matter of national security,” Wicker continued. The Chief of Naval Operations, Adm. John Richardson, released a new Force Structure Assessment last fall calling for a 355-ship fleet.

“The president has endorsed that concept in broad terms,” Wicker said, “and we aim to work with him to make the budget” — a thoughtful pause — “consistent.”

In other (less politic) words, if Trump won’t put his money where his mouth is, Congress can do it for him.

“I’m going to take it one year at a time,” Wicker told me. “I think what we heard today is an eminently doable lift for this year, this next fiscal year (2018).”

So what did Wicker hear? 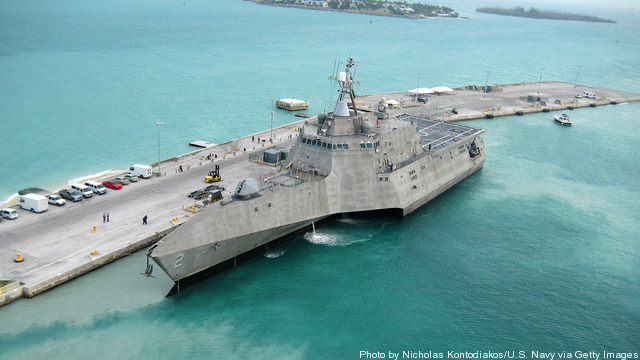 Wicker’s witnesses this morning represented the two giants that together control the nation’s five military shipyards — General Dynamics and Huntington Ingalls — and the industry’s advocacy group, the Shipbuilders’ Council of America. (As a 501(c)6 organization, SCA can and does lobby). To sum up what the industry wants from Congress:

“As with all president’s budgets, Congress is going to put their imprint on this,” SCA president Paxton told me after the hearing. “We’re certainly going to advocate to Congress that, if we’re going to get to a 355-ship Navy, that process probably ought to begin now.” 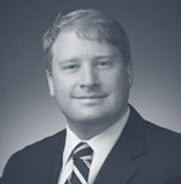 Can industry ramp up rapidly from eight to 12? “It all comes down to how we do acquisition strategy,” he said. “It’s all going to come down to whether or not they can authorize ideas (i.e. in HASC and SASC) and the appropriators can be okay with that… If you allow for multi-year contracts and block buys and advance procurement and those kind of things…then the answer is yeah, we can do that.”

Why did Paxton highlight the role of the appropriations committees? They make the final call on funding and they’re also far more reluctant than the authorizers to break with the longstanding tradition of funding ships one at a time, one whole ship at a time. Both the Navy and the shipyards, by contrast, advocate multi-year, multi-ship contracts — which allows predictability and efficiency — and splitting up the most expensive ships over several years — which is easier to budget for than a multi-billion bill in a single year. Many in Congress, however, see these multi-year methods as buying a very expensive pig in a poke giving them little leeway to change their minds later. 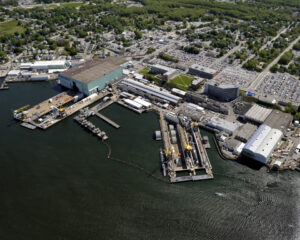 If Congress grants flexibility on contracting and funding, Paxton & co. are confident they can ramp up production without costs soaring out of control. In fact, the Chief of Naval Operations released a white paper last week saying the nation’s shipyards could rapidly ramp up production, adding 29 ships over seven years. Paxton and his fellow witnesses said they didn’t have the details behind the CNO’s analysis, but they agreed with the broad thrust.

There’s excess capacity in the shipyards, which were building at much higher rates back in the 1980s, the witnesses said. The exception is submarines — the most urgent need in the Navy’s Force Structure Assessment — as GD’s Electric Boat and HII’s Newport News are investing heavily in new facilities to handle both the upgraded Virginia-class attack submarine and the forthcoming Columbia-class ballistic missile sub.

For surface ships, however, there’s plenty of room to increase. At one point, GD’s Bath Iron Works and HI’s Ingalls were together building four destroyers a year, twice the current rate, said Paxton. Just a few years ago, two independent yards, Austal in Alabama and Marinette in Wisconsin, were producing four Littoral Combat Ships a year, compared to just one in the Trump budget.

Austal, incidentally, is less than an hour’s drive from Ingalls, which is in Wicker’s home state of Mississippi. Both Gulf Coast and Great Lakes lawmakers have lobbied hard for additional Littoral Combat Ships to keep their shipyards open, and the relatively cost per LCS — about $550 million — makes them the easiest additions Congress can make.

[UPDATE: This afternoon, the Navy announced the administration would now “support” a second LCS in the FY18 request, although how it would be funded remains unclear. Click here for coverage].