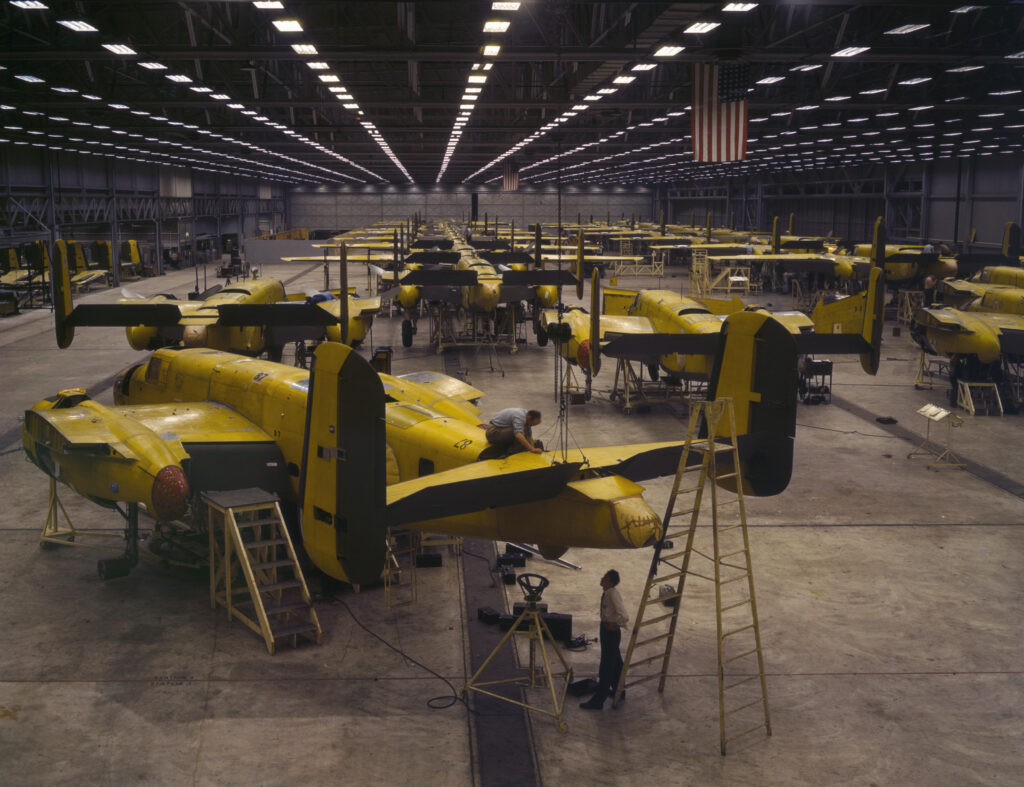 A rare color photo of workers assembling B-25 bombers during World War II.

Want to know the next great ideas in acquisition? Ya gotta read Breaking Defense, baby. Between Bill Greenwalt’s seminal op-eds that led to Sen. John McCain’s groundbreaking acquisition laws, we’ve also hosted this author, Dan Ward, before. Dan is one of the most rara avis: a really smart acquisition expert who can also write in plain English — and even with a sense of humor. — the editor.

With all the advanced technology in the world today, it’s easy to feel like we’re living in a science fiction story. I know that’s how I felt earlier this year as I stood in my kitchen holding a hand-held wireless computer and watching a streaming video of a cherry red convertible as it went into orbit.

What’s a bit less common is feeling like you’re living in a science fiction story that you wrote yourself. However, that is precisely the situation I find myself in today, and I must say, it’s a bit trippy. 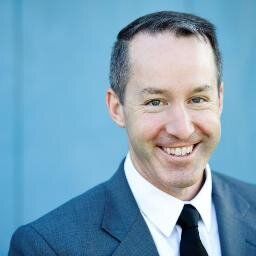 I should explain. In 2008 I co-authored a slightly silly, more-than-slightly-geeky little sci-fi story titled Krog’s New Weapon. Published in Defense AT&L magazine, the story featured an interstellar program manager named Lieutenant Commander Krog and his hearty crew of otherworldly technologists, who were trying to develop a new starfighter called the Peregrine.

After a brief opening gambit involving a hologram simulation of cavemen testing a new hunting club, Krog heads to a conference room to do his real work: leading a Peregrine program review. As the meeting begins, the reader quickly discovers things are not going well for our hero. The project is over budget, behind schedule, and does not provide the promised operational capabilities. Even worse, the threat environment changed significantly while the delays piled up, and it is no longer clear the Peregrine has any role to play in the new era.

Good thing it’s just a story. I’m sure we’d all hate to be that guy.

Here’s where the big sci-fi element of the story came in to play. Recognizing they were on a dead-end path, Krog and his team invoked a super high-tech, futuristic management concept called “being flexible and empowered.” Without endless delays and reviews, without seeking approval or permission, the team exercised their professional judgment, pivoted their efforts in a more productive direction, redefined their requirements, and quickly implemented a series of experiments. The result? The program delivered operationally relevant technology on an operationally relevant timeline. 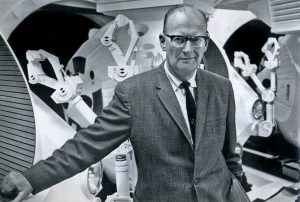 The story closes with an observation that “any sufficiently advanced program management methodology is indistinguishable from magic.” (My apologies to Arthur C. Clarke — who, besides 2001, also wrote a short story called “Superiority” in which a galactic empire loses a war by relentlessly pursuing superweapons that never quite work as planned).

A decade after writing Krog, I happily find myself in a situation where a defense acquisition method that seemed nearly magical a decade ago is now a reality. No, we’re not all wearing silver jumpsuits as we zip among the stars wearing chrome-plated jetpacks, but the military tech world just got a lot more flexible and empowered.

I’m talking about the recently established Middle Tier of Acquisition (Rapid Prototyping / Rapid Fielding) Authority, which was signed off by the Under Secretary of Defense for Acquisition and Sustainment in a 3-page memo dated 16 April, 2018. There’s a lot to like in this new Pentagon policy and in the accompanying service-level implementation guidelines.

The aforementioned memo launches “a collaborative policy development effort,” in which the military services are invited to provide inputs that will be folded in to future updates. This invitation to experiment, reflect, and discuss is a stark contrast to the Pentagon’s typical approach of issuing policy via prescriptive monologue. I’ve got a really good feeling about it.

Each of the services is granted broad latitude to define their own implementation plans, so naturally the Air Force version looks distinctly different than the Navy’s version. That is more feature than bug. Even better, the Service Acquisition Executives seem to be sharing the wealth. The Air Force implementation memo, for example, opens with the phrase “compliance with this memorandum is mandatory – but hopefully freeing!”

Can we just take a moment to appreciate that sentence? I love everything about it, including the fact that the rest of the memo is full of similar phrases, such as the part where the workforce is encouraged “to make rapid acquisition our new Air Force standard…”

I’m sure Commander Krog would approve.

This official government document directs acquisition professionals to “be dismissive of things that do not matter, but very disciplined on things that do.” Contracting officers are “encouraged to be aggressive… to encourage timeliness,” and program managers are told “speed through streamlining should be fervently pursued.”

Dismissive? Aggressive? Fervently pursued? For any sci-fi fans out there who are unfamiliar with real-world defense acquisition policy, let me just say this type of language is not typical. It’s the sort of thing we only expect to find in a galaxy far, far away.

One phrase from the Air Force memo sounds like it came straight from the Commander Krog story. Paragraph 2.5.3 says program managers will “challenge and evolve the acquisition plan based on discoveries and opportunities uncovered during prototyping and production.” What’s that you say? Evolve the acquisition plan based on things we learn? When the Peregrine team did that in 2008, we called it science fiction.

In a similar vein, the memo emphasizes that program managers are free to propose their own “strategy, … oversight milestones, metrics and execution guardrails, timing and scope of decision reviews, metrics, and required documentation.”

Those of you who don’t make a habit of reading acquisition policy memos may not fully appreciate how unusual this approach is. I assure you, this is a significant departure from the long-standing precedent of mandatory compliance with standardized processes and procedures. Way back in 2008, the idea of allowing a program manager to propose the timing and scope of decision reviews or to pick their own metrics was a straight-up Buck Rogers fantasy. Now we see the Pentagon’s program managers being encouraged to use their professional judgment to do exactly that.

I don’t want to oversell it or sound like a total nerd, but this Mid-Tier Acquisition Authority is cooler than a lightsaber, a tricorder, and a Tardis all rolled into one.

Hold on to your space helmets because we’re not done yet – there’s one more twist. The original Krog story contains a subtle bit of futuristic imagination that is easy to overlook. The truth is, I did not recognize it was particularly futuristic when I wrote it. That only became clear upon re-reading the story through the lens of another decade experience in the military technology field. I’m talking about the part where Krog and his team made the decision to change course.

The cool thing is not just that they were granted the authority to boldly go in a new direction. It’s that they embraced their autonomy, instead of following a precautionary path or waiting for direction from higher headquarters. See, it’s one thing for senior acquisition leaders to delegate authority. It’s another thing entirely for individual program managers to accept the delegation wholeheartedly. Both behaviors are characteristic of enlightened beings, and both are necessary to bring about the improvement we seek.

The Mid-Tier authority is essentially an invitation to turn on the warp drive and jump to hyperspace, but it requires hotshot pilots who are willing to push the throttle forward and see what happens. Here in the real world, some program managers are embracing this new freedom and moving out, while others are holding back with understandable skepticism. It’s almost as if a mysterious obelisk has landed in our cornfield, and we’re not entirely sure what will happen if we touch it.

Now, if we’ve learned one thing from science fiction, it’s that aliens almost always look like humans with funny foreheads. And if we’ve learned two things from science fiction, it’s that the only way to find out what happens when you touch the obelisk… is to touch the obelisk. The only way to discover what’s out there… is to go out there. The best way to see how this new Mid-Tier authority works is to start using it.

Like science fiction itself, the Mid-Tier approach may not be for everyone. Those who chose to follow a different path may have perfectly good reasons for doing so. And yes, it’s entirely possible some of the Mid-Tier experiments will turn out badly, at least some of the time. But it’s also possible this is going to boost some of us to infinity and beyond. I for one am excited to see what happens next.

Dan Ward was an acquisition warrior while in the Air Force. His op-eds in Breaking Defense and other publications helped lead to the increasingly hopeful acquisition changes pursued over the last decade. Today, he is a principal systems engineer at the Mitre Corp. The views expressed are the author’s alone.