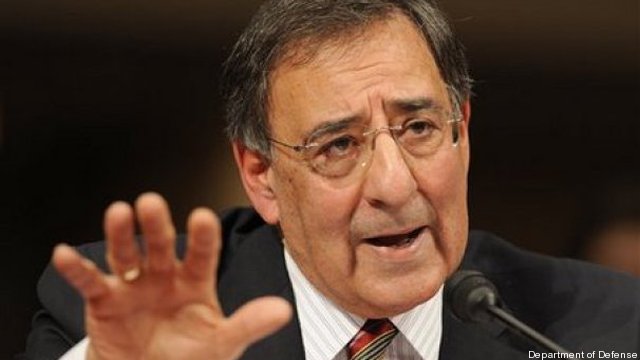 CAPITOL HILL: Apologizing to Pakistan, the economic impact of sequestration, and the possibility of a cyber-war “Pearl Harbor” dominated today’s hearing of the defense panel of the all-powerful Senate Appropriations committee.

Sen. Dianne Feinstein — who also chairs the intelligence committee — asks Defense Secretary Leon Panetta why we couldn’t just apologize to Pakistan for the errant airstrikes that killed Pakistani troops and thereby end the long wrangle over reopening supply lines to Afghanistan, which Islamabad closed after the bloody incident. A breakthrough had appeared imminent on the eve of the NATO summit in Chicago, only for negotiations to collapse.

“It is my information that Pakistan wants most of all some civilian announcement that mistakes were made on our side,” Feinstein said. If they got it, “they’re prepared to rather dramatically lower the cost.” (Pakistan had been demanding prohibitively high fees — more than $5,000 a truck — for US supplies to transit its territory). Asked Feinstein, “Why there can’t be some form of statement that in essence says, if it’s believed — I happen to believe it — that mistakes were made on both sides, and of course the United States apologizes for any mistakes that it’s made.”

Panetta countered that it’s not so simple. “That isn’t the only issue,” he said. Anyway, he went on, the Pakistanis already have gotten an apology, sort of: the US commander in Afghanistan, Gen. John Allen, has already “made clear that mistakes were made” — although such military statements fall short of an apology from a high-level civilian official like Panetta himself. So for now, the two governments will continue to negotiate while supplies for Afghanistan take the long way round, through the “Northern Distribution Network” of former Soviet states, at an additional cost of $100 million a month.

Shortly after, Sen. Lindsey Graham asked bluntly if Congress should cut off aid to Pakistan. “I’d be very careful” about any such step, Panetta replied, suggesting it’s far better to set conditions for what we hope Pakistan will do.

On sequestration, the all-star troika of witnesses — Defense Secretary Leon Panetta, Chairman of the Joint Chiefs Gen. Martin Dempsey, and Pentagon comptroller Robert Hale — concentrated on the impact on the force itself, but the assembled senators focused on the impact on the economy, especially depots, shipyards, and the defense industrial base in general. Chairman Daniel Inouye cited estimates of a one percentage point increase in unemployment, while Graham raised the issue that legally mandated notices of lay-offs would need to go out well ahead of sequestration taking effect in January. A flood of pink slips is the kind of event that can “make it real to us” on Capitol Hill and thus force action, Graham said. Without something like that, he lamented, “it seems like the biggest bipartisan accomplishment we’ve had in recent history is to destroy the Defense Department.”

Graham was alone on the panel in his blunt endorsement of the Pentagon’s efforts to control personnel costs — an array of politically hypersensitive issues where both chambers have rejected reform so far. “You’re telling the Congress it’s unsustainable,” Graham said, summing up Panetta and company’s arguments. Co-pays for the military’s TRICARE health plan, which covers troops, their dependents, and retirees, haven’t increased for decades, while pensions are still paid out at rates predicated on much shorter life expectancies. Said Graham, “If you retire at 38 and you get half pay for the rest of your life, maybe that’s something we need to revisit.”

Graham also raised the issue of a “Pearl Harbor in the making” in the form of cyber-attack sabotaging vital infrastructure, “releasing water from dams” and the like. Panetta declined Graham’s request to give odds on whether such an attack would occur in the next five years, but he would say “technologically, the capability to paralyze this country is there now… There’s a high risk.”

“There has to be a greater sense of urgency” about cyber-defense, Panetta said in response to a question from Barbara Mikulski, whose home state, Maryland, hosts the headquarters of the National Security Agency and the Pentagon’s Cyber Command. Panetta argued the key vulnerability now was not so much defending the military’s own networks as the critical infrastructure in the civilian world. “I feel very good about our capability to defend our systems with the help of NSA,” Panetta said. “It’s in the civilian area we have to improve… I’m concerned about the defense industrial base and I’m concerned about the critical infrastructure of this country.”

Panetta and Dempsey emphasized their endorsement of the Lieberman-Collins bill on private sector cyber-defense now before Congress.

Sen. Susan Collins herself was present and thanked them for their endorsement, but she spent most of her time asking about shipbuilding, a big industry in Maine. “Shipbuilding represents a mere 2.2 percent of the budget that’s requested,” Collins said. “Our country currently spends as much on interest payments on the national debt every month as we do for shipbuilding in the entire year…. The executive branch as a whole spends more than the entire shipbuilding budget, $15 billion a year, on federal agency travel and conferences.” Collins was particularly concerned that, under current plans, the size of the Navy will fall to 285 ships in 2017, “when every study I’ve seen… has a minimum of between 300 and 315 ships.”

The Navy’s own analysis says “285 is a good baseline — and we’re ultimately going to move to 300 ships by 2020,” replied Panetta. “I’m convinced, based on the Navy chief’s recommendations, that we can do this.”

Edited at 2:35 pm to add details about Northern Distribution Network and cyber-security.