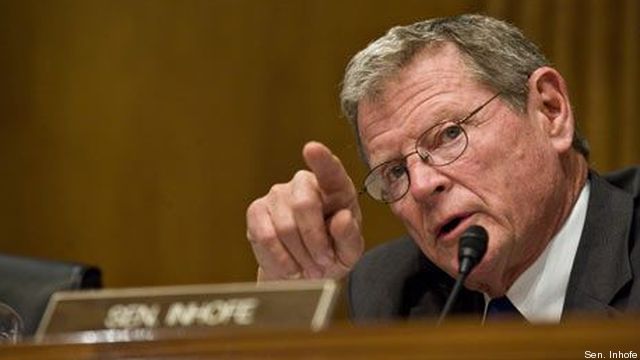 The Senate on Monday evening passed the $716 billion 2019 defense spending bill with a veto-proof majority, 85-10.

House and Senate lawmakers have said they hope to get the meetings between the two sides wrapped up by the end of July, and are looking to have everything squared away by the time the 2019 fiscal year starts in October.

But some yawning gaps remain between the two bills — even as they both call for more ships, more aircraft, and more troops than the White House had asked for. The White House is sure to weigh in on a few measures that would block Trump administration policy.

One of the largest differences lies in how big to grow the armed services. Both the White House and House call for a boost of 15,600 more troops, but the Senate slashed that by about half, including funding for about 8,600 troops, while moving the rest of the money to equipment and training accounts.

The Senate and House bills also differ in how much power to give to Pentagon civilians. The Senate looks to increase the responsibilities of the undersecretary of Defense for policy, which has lost some traditional roles to the Joint Chiefs in recent years, while the House is looking to cut two civilian support agencies and restructure others, slashing civilian personnel by about 25 percent in some areas.

Both reforms are unique to each body, making both proposals ripe for bargaining next month with lawmakers sit down to hack their way through the draft legislation.

Some controversial Senate amendments didn’t make the cut. Republican Sen. Bob Corker lost out on his bid to reverse tariffs placed on steel and aluminum President Trump has slapped on U.S. allies, and an amendment from Senate Armed Services ranking Democrat Jack Reed that sought to put the brakes on Trump administration plans to develop a new low-yield, submarine-launched nuclear ballistic missile was also shelved. The Senate voted instead to direct $65 million toward the weapon’s development.

One of the more surprising “no” votes on the bill came from California Democrat Dianne Feinstein, who said her opposition came as the result of the nuclear issue.

The White House, which has remained largely silent through the last several weeks of budgetary back-and-forth on Capitol Hill, will likely want to weigh in on one other Senate provision which upheld tough penalties placed on Chinese tech manufacturer on ZTE for violating U.S. sanctions laws. The penalties were called back by the Commerce Department earlier this month, after the administration reached a deal with ZTE to scuttle the sanctions so long as the company paid a $1 billion fine and put new management in place.

Administration officials have wanted Congress to stay away from the deal, but the Senate followed the lead of military and intelligence officials who have expressed misgivings over using technology from companies like ZTE or Huawei, which have close ties to the Chinese government, over fears they could be used to spy or carry out cyberattacks in the United States.

The language may face trouble during conference, however, as the head of the House Armed Services Committee, Mac Thornberry, has said he’s ready to strip anything out of the bill that isn’t directly related to the military. But the Senate often wins these sorts of fights because the bill needs every senator not to say no and hold up the final bill. Trump may tip the balance on this one, if he chooses to weigh in.