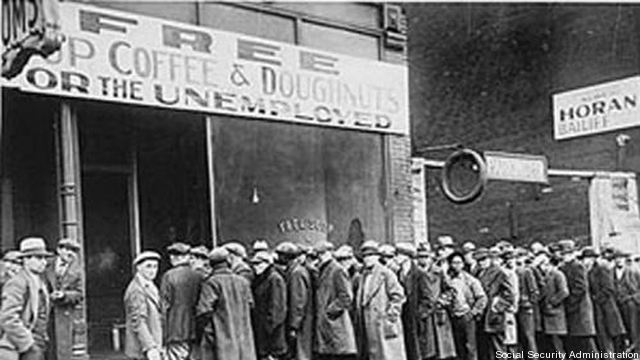 WASHINGTON [updated 4:30 pm]: At an Aerospace Industries Association event to roll out a new report estimating that sequestration would cost the country more than two million jobs in 2013 — one million from Defense cuts, as previously reported, plus another million from cuts to non-defense agencies — Republican Senator Kelly Ayotte and Democrat Sen. Jeanne Shaheen sketched the outlines of a bipartisan compromise to avert sequestration.

The two Senators, both from New Hampshire, still reflected the divide between their parties in differences of emphasis: Ayotte, widely touted as a potential running mate for Mitt Romney, emphasized budget cuts and a stopgap solution to stave off sequestration for a year; Shaheen emphasized revenue increases and a grand bargain. But when pressed by Breaking Defense and other reporters, they each agreed on common ground: Ayotte said she would accept some revenue increases, Shaheen a stopgap deal.

Their interaction was a pleasant change from the bitter back-and-forth between House Republicans and Senate Democrats. That battle heated up last week with a scathing statement from House Armed Services Chairman Buck McKeon (R-CA) excoriating the Senate for inaction. Then it escalated again on Monday with a speech from Sen. Patty Murray (D-WA) stating that Democrats would let sequestration strike rather than make a deal on the House’s terms.

“As Sen. Shaheen said, we do need to do a large agreement that deals fundamentally with the drivers of our debt,” said Sen. Ayotte, “but I don’t see that happening realistically before the election.”

“It’s important for us to take action this year,” said Sen. Shaheen. While she and other Democrats prefer a grand bargain, she went on, “we may need to do some sort of a short-term effort while we get to that long-term.” Shaheen’s stance is in stark contrast to Sen. Murray’s willingness to “continue this debate into 2013” to get a comprehensive deal that included increases in revenue.

Asked whether revenue increases — not necessarily increases in tax rates, but perhaps closing loopholes and eliminating deductions — had a place in a sequester solution, as Democrats insist, Sen. Ayotte said she would prefer to rely on spending cuts alone, but to get Democrats to sign on, “I understand that… we do need to have some revenue,” she went on. “I’ve already said that, Sen. McCain has said that, Sen. Graham has said that.”

The Senators pointed to the looming round of layoff notices and to reports like the one released today as powerful sources of pressure on Congress to act. Today’s report, prepared by George Mason University economist Stephen Fuller for the Aerospace Industries Association, itself exemplifies a potentially productive shift in the debate: While a previous report from Fuller and AIA focused on the economic impact of sequestration cuts to the Pentagon alone, the new report explicitly looks at damage across federal programs — roughly doubling the number of jobs lost.

After the first report came out, said AIA vice-president Cord Sterling, a former Hill staffer himself, “we had a number of people who then requested on the Hill and at outside organizations… what would be the total economic impact of sequestration as a whole?” Putting out the new numbers should help build a consensus to stave off sequestration, Sterling told Breaking Defense.

There’s been a lot of hyperbole over sequestration, and projecting job losses (or gains) from complex pieces of legislation is more of an art than a science. [Updated 4:30 pm: In a blog post this afternoon, frequent Breaking Defense contributor Gordon Adams called the AIA’s argument “flawed and hypocritical,” saying Fuller exaggerates the numbers of jobs lost]. Today’s report included a detailed breakdown of jobs lost in every state, for example, but Professor Fuller acknowledged to Breaking Defense after the event that “no one knows how this is going to play out at the state level”: There simply isn’t enough detail available yet on how each agency will make the required cuts, so he simply divided the national-level impact among the states in proportion to their economic dependence on federal spending. That national figure, however, is one Fuller has confidence in, he said, because different economic models all produce roughly similar results: somewhere north of two million jobs lost in 2013. That’s the prospect AIA and others are counting on to scare Congress into some kind of compromise.