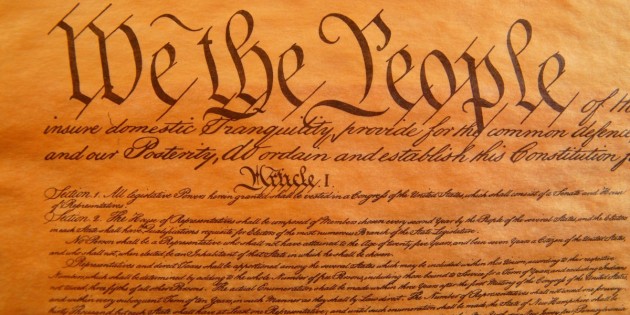 Last month, Secretary of Defense James Mattis warned that if Congress doesn’t “remove the defense caps,” he said, “then we’re questioning whether or not America has the ability to survive.” This claim that insufficient increases in Pentagon spending threatens American security is flatly wrong. The real and present danger to our national security is the unecessary use of U.S. military power abroad.

There are two key ways the faulty use of combat power abroad continues to deteriorate our security. The first is the purpose for which the military is used. The preamble to the Constitution explains that the military is intended to “provide for the common defence, promote the general welfare, and secure the blessings of liberty to ourselves and our posterity.” Further, it decrees that Congress alone has the power to declare war. Today, Congress has fully ceded its responsibilities; the Executive branch has assumed virtually sole discretion for the deployment of the military.

The second and more troubling misuse of the military are the missions they are given to execute. For decades, the armed forces have been routinely employed, not for the “common defense,” but for the benefit of other nations or for purposes with no apparent connection to the security of our country.

The armed forces should only be used to defend American vital national interests—our territorial integrity and prosperity—and only committed when genuine diplomatic efforts have been fully exhausted.

Congress and the American people should debate and decide whether there is a legitimate threat to our vital interests, if the crisis is solvable by military means with clear and attainable objectives, if the resources to succeed are affordable, and if we have a sound strategy to achieve the desired political end state to safely extricate ourselves within a reasonable period of time.

With Congress on the sidelines, the Trump Administration and its two predecessors have egregiously failed on all three points. There is little wonder, then, that the use of the military has not enhanced American security or prosperity.

Presently, the Trump Administration publicly employs the military on active combat missions of one type or another in Niger, Somalia, Syria, Iraq, Afghanistan, Yemen, Pakistan, Libya, Djibouti, and Nigeria (there are also scores of classified combat missions for Special Operations Forces about which the public knows nothing). Most of these missions have no relation to U.S. national security whatsoever; others have thread-bare associations at best.

These operations consume tens of billions of dollars each year, cost the lives of U.S. service personnel, and divert resources and manpower away from preparation to defend against potential threats which could pose a legitimate threat to U.S. security.

Moreover, even in operations that were tactically successful, we sometimes have perversely inflicted strategic defeats on U.S. interests. For example, the famed Iraqi surge of 2007 did result in a dramatic decrease in U.S. casualties, but enabled then-Prime Minister Nouri al-Maliki to systematically purge his army of rival Sunni officers. That led in 2014 to his army disintegrating in the face of ISIS attacks.

In restoring Iraqi sovereignty over ISIS, Baghdad enlisted the use of U.S. air power, ground controllers, and Iranian-backed militias––including the actual use of Iranian troops in Iraq. Iranian military advisors and troops also helped Baghdad crush recent Kurdish attempts at independence ––after the U.S. military helped the Kurds defeat ISIS in Mosul. Iranian influence over Iraq is today pervasive. None of that would have been possible without U.S. military operations since 2003.

The time has come for a major overhaul of American foreign and defense policies. We must abandon nation-building and meddling in the internal affairs of other countries. Our national security objectives in the Middle East can be more effectively accomplished via active and robust intelligence, surveillance and reconnaissance efforts.

American affairs abroad should be redirected away from an obsessive attempt to solve problems using lethal combat power and instead focus on expanding U.S. economic opportunity and beneficial trade policies. Core functions of the U.S. government are to defend our population and facilitate a healthy economy. Misusing the military is counter to both objectives.