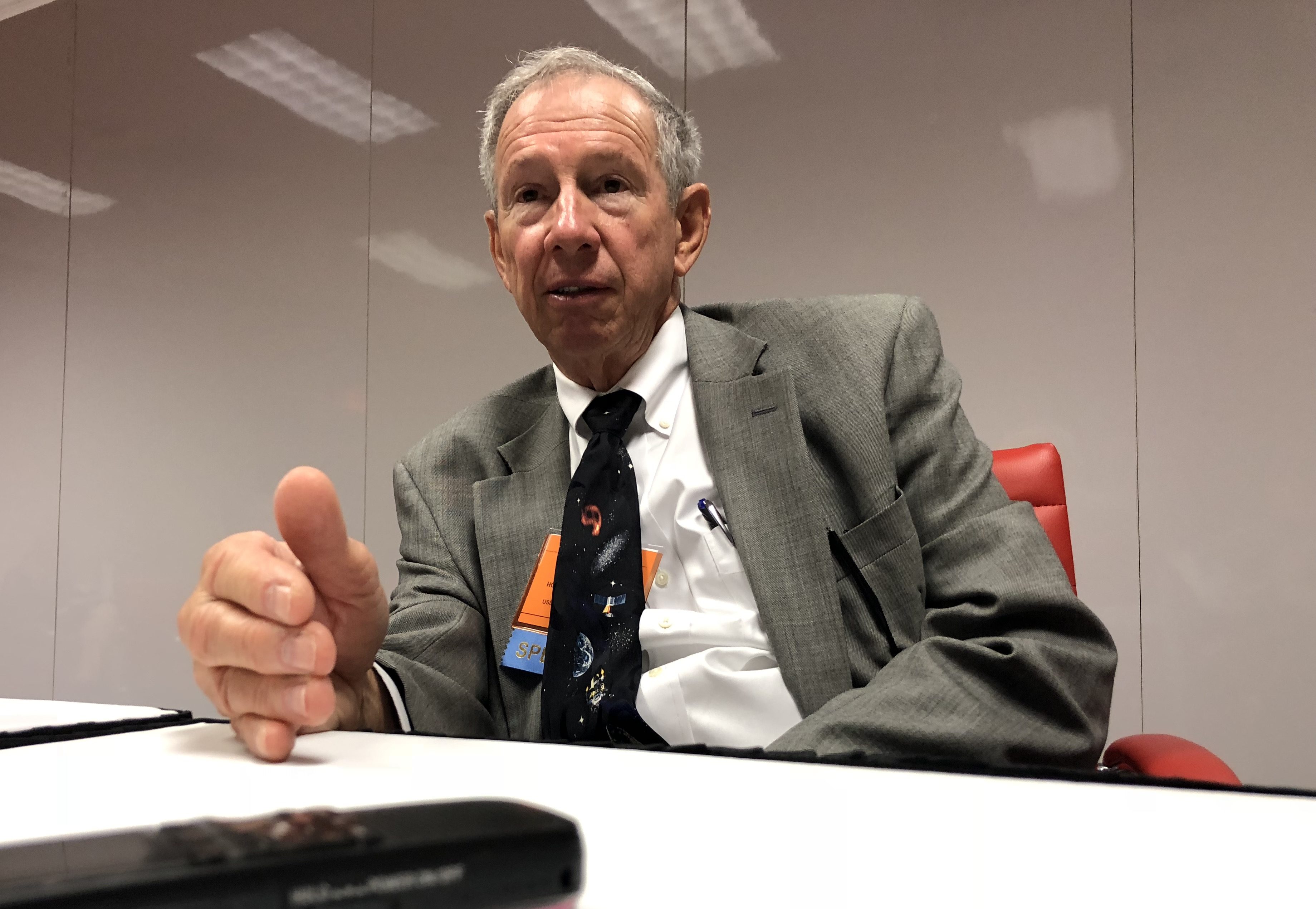 SPACE & MISSILE DEFENSE SYMPOSIUM: How much of a military-industrial rock star is Mike Griffin? Well, the former NASA director turned Pentagon R&D chief can call tell a room full of defense contractors and officials they’re wasting everyone’s money and time AND get a standing ovation.

“It is a good thing that we are a rich country, because poorer countries just could not afford to waste this kind of money,” the undersecretary of Defense for research and engineering said here last night. “For the two-and-a-half years I have remaining as a political appointee in this job, I will be asking you, at every chance I get, to look at what we’re doing and find ways to either eliminate it or shortcut it, because most of what you’re doing, by definition, is not value added. 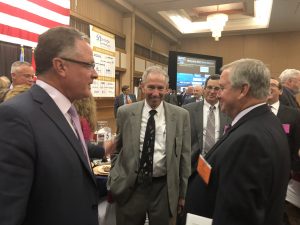 “Whatever we are doing, something is wrong because we are being outpaced by the Chinese,” Griffin said. But we’re still the country that put a man on the moon “in eight years and two months” from President Kennedy’s pledge to do so, he went on, and we can move that fast again — if we’re willing to take risks.

So, he urged, “please show up at work tomorrow thinking about what step you can eliminate to move the ball forward.” If you can’t eliminate that step on your own, ask him for help — even if it requires changing the law.

“I’ve never seen a Congress more on our side than it is today,” Griffin said. “In every meeting on the Hill, I am asked, ‘what relief do you need? What legal remedies do you require? What can we do to help you move faster?’ So if you are bound by legal impediments…I need bring those forward, because I am perfectly willing to go to Congress and say, ‘sirs and madams, I need relief from X, Y, and Z.'”

“I’m A Guy Who Burned Up His Own Rocket”

“What assurance can I give you that we will not be eclipsed? Well, this is why I took the job,” Griffin had told reporters at a roundtable earlier that afternoon. “While I’m in this job, we are going to be doing the things we need to do, not to catch up to the Chinese, but to make them catch up to us.”

“You know, in all reason, I ought to be retired somewhere, on boards and committees, making a lot more money,” the 68-year-old Griffin said with a laugh, “but I’m very dedicated to the need that we modernize our forces for the future fight.”

A physicist, engineer, and flight instructor who’s worked on missile defense since the early days of Reagan’s Strategic Defense Initiative, Griffin approaches the Pentagon’s problems with blunt talk, tactical snark — “you’ve got to be a real geek, asking me that question,” he told one reporter curious about the new digital engineering strategy — and self-assurance that stops just short of arrogance because of his candor, even glee, at admitting his own mistakes.

As an engineer in the early days of Reagan’s Star Wars initiative, Griffin said, he led teams that achieved multiple breakthroughs, like the first intercept of a rocket booster in space by a space-launched interceptor.

But then again, “I’m a guy who burned up his own rocket engine in a test firing one time,” Griffin said. “I once crashed six computers all linked together driving a major flight simulator (because I) committed a software error in assembly language…. That was embarrassing.” But, he added, he fixed the problem and ultimately delivered the simulator on time.

“I cannot remember a single time when I ever did something right the first time,” Griffin said. (Well, he added, there was one piece of software he wrote that executed correctly the first time around, but that was so unusual he freaked out and spent more time double-checking than he would have if he’d actually found a bug.) So, he said, “I have yet ever to penalize anyone working for me for the first mistake. Now if you do the same dumb thing twice….” The room erupted in laughter.

“We’ve got to be willing to trust our juniors, to push decisions down on them and let them do it,” he said, “eliminating people from the decision loop (and) eliminating steps from the process.”

“What Risk Are You Trying To Prevent?”

Now, taxpayer beware. Mistakes can be costly. Griffin’s formative experience was the Reagan buildup. That was an era of defense spending notorious for $600 hammers (which never actually existed) and budget-busting cost overruns. There were also some high-profile failed programs, like the DIVADS anti-aircraft gun whose automated aiming system once pointed the guns at visiting dignitaries. The Strategic Defense Initiative that Griffin himself worked on never came close to realizing Reagan’s vision of a space-based shield against massed Soviet ICBMs. 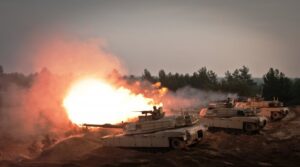 Then again, Star Wars research did lead to today’s much more modest missile defenses. Other Reagan-era R&D led to the precision-guided weapons that underpin America’s now-eroding military dominance. Much of the hardware the US uses today was developed in the 1970s but bought in bulk during the good/bad old days of the Reagan buildup — and then never replaced.

“And they are doing the declaring,” Griffin added, noting Chinese and Russian statements that their defense programs are aimed at countering the US. “The consequences of failing — we’re at the space and missile defense conference — if we do not defend that space, if we do not protect it, if we do not promulgate our values, others will, (and) I don’t think we’ll like the result.”