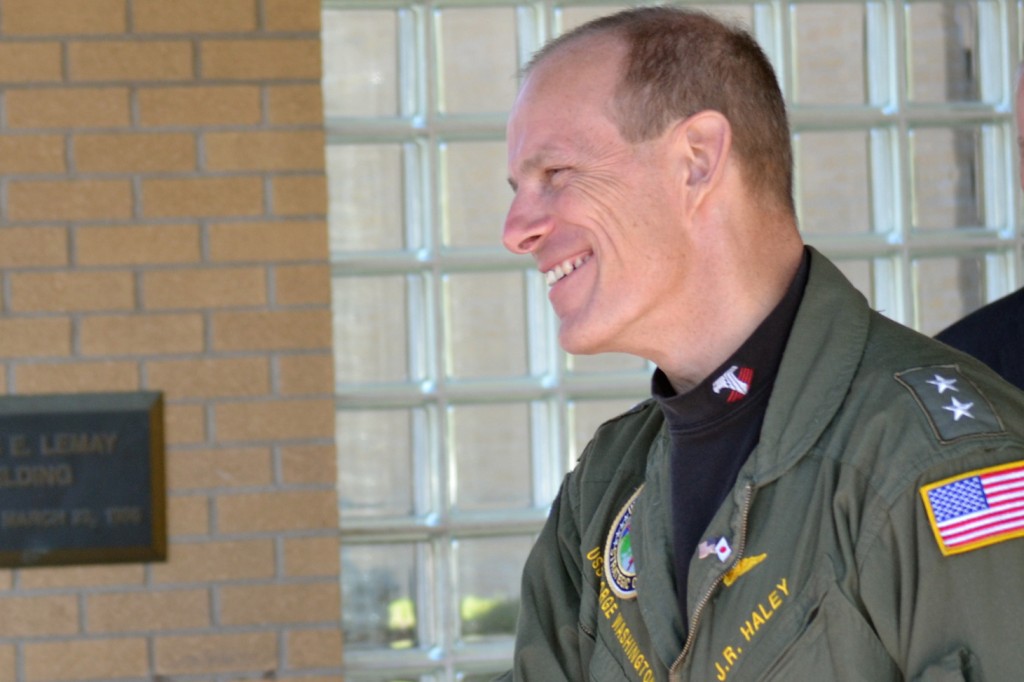 WASHINGTON: As the world has gone wireless, the electromagnetic spectrum has become a vast, invisible battleground — and we don’t even have a general in command. While US Strategic Command has the responsibility to “advocate” for Electronic Warfare, STRATCOM’s own chief of operations said bluntly today that it lacks the authorities and funding it needs to make things actually happen. So who’s in charge?

“It got pushed off on STRATCOM as their mission, but there’s no authorities at STRATCOM to allow us to bring everything together,” Rear Adm. John R. Haley said. “We need to have some sort of governance that brings together a unified mission force for electronic warfare.”

Add the fact that it is sometimes impossible to distinguish between EW and cyber warfare, and the policy and command issues become even more challenging.

Speaking before the colorfully named Association of Old Crows (AOC), an EW professional and trade association, Haley emphasized he wasn’t trying to build a bigger empire for Strategic Command. (Given STRATCOM’s current struggle to straighten out the nuclear force on both land and sea, manage military space assets, and oversee the rapid growth of Cyber Command, its portfolio is already plenty full). “I’m agnostic as far as to whether it’s a DoD agency, a DoD entity, a COCOM [a combatant command, like STRATCOM], or a joint command, but we need to have a single unified voice with the expertise to do the advocacy, and then we also need to have some authorities and program management,” he said.

Whatever the entity is, Haley added, it must have “authorities, governance, resourcing authority, etcetera to compel and ensure coherence across all our Title 10 capabilities” — in other words, the power to bring into line the separate EW efforts of the Army, Air Force, Navy, and Marine Corps. After all, one service’s transmission doesn’t stop magically in mid-air on entering another’s jurisdiction: When a Navy aircraft jams a Marine radio, no one cares about anything except how to avoid that effect again.

Nor is the military alone in managing spectrum, as Haley said. While he focused on Title 10 of the US Code, which governs the armed service, Title 50 governs many intelligence activities, including the digital eavesdroppers at the NSA. Title 47 governs the FCC’s auctioning off of government-held spectrum for commercial use, a cause of major angst among the military. That said, Haley argued, “if we [can] get our crap together in Title 10…. then we’ll wind up bringing all the other titles with us, and we’ll also be able to have significant influence over the folks that affect those, like FCC.”