The Army Has It Worst 2.0: Readiness Shortchanged $13.7 Billion 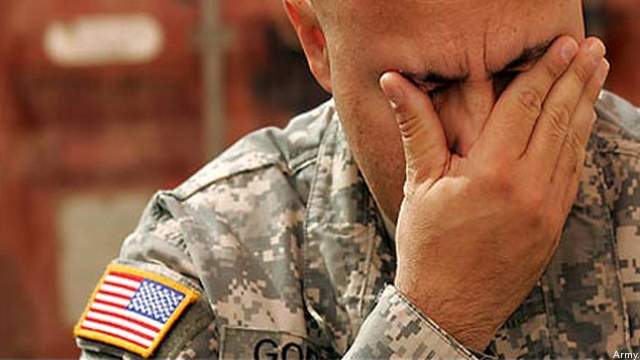 PENTAGON: “Army Has Biggest Problem.” That’s it. Pentagon Comptroller Robert Hale’s official briefing slides for today’s big budget roll-out couldn’t be blunter. Hale has made this point before, but in case anyone imagined Congress rescued the Army when it passed a belated 2013 spending bill last month, the budget presentation today made clear the biggest service is still deepest in the hole — specifically, about $13.7 billion deep.

In late February, Army budgeteers were talking about an $18 billion shortfall in readiness funding for ’13 that they nicknamed “6-6-6”: a $6 billion cut from sequestration, another $6 billion hit from higher than projected costs for the war in Afghanistan, and a final $6 billion problem from money the Army had but couldn’t spend because of the curious strictures of the Continuing Resolution then funding the federal government.

The spending bill Congress passed late last month got rid of the “CR” six — the $6 billion the Army had but couldn’t spend. The other two sixes, though, are not only still with us, one of them has actually grown.

The sequester’s $6 billion blow to readiness remains as it was. (Strictly speaking, it’s $4.6 billion from sequestration proper and $1.3 billion imposed by the appropriations bill). The service is still “working through [that] and determining where we will take our reductions,” the Army’s budget director, Maj. Gen. Karen Dyson, told reporters this afternoon. Significant cutbacks in combat training have already begun.

The shortfall in overseas contingency operations (OCO) funding, however, has actually gotten a good deal worse since last month: The Army now estimates the war in Afghanistan will cost not $6 billion more than planned but $7.8 billion. For comparison, Comptroller Hale estimated the total OCO shortfall for the entire Department of Defense as $6.8 to $10.1 billion. In other words, the Army, as the service responsible for most operations in Afghanistan, from foot patrols to supplying the other services, suffers at least three-quarters of the total shortfall in war funding. (And possibly the Army accounts for more than 100 percent of the total, which is a puzzling discrepancy we’ve yet to get an explanation for).

“We’re really wrestling through that,” Maj. Gen. Dyson said understatedly. “We’re hopeful that we’ll be able to leverage the Department’s reprogramming transfer authorities” — under which Congress allows the executive branch to move money it has voted for one account into another, on a very limited scale — “but….the entire department only has $7.5 billion in transfer authority and our shortfall right now is estimated about $7.8.”

Even if the Air Force, Navy, Marines, and independent Defense agencies don’t request any reprogramming — which of course they will — those numbers don’t just fit.