Posted by Theresa Hitchens on September 13, 2019 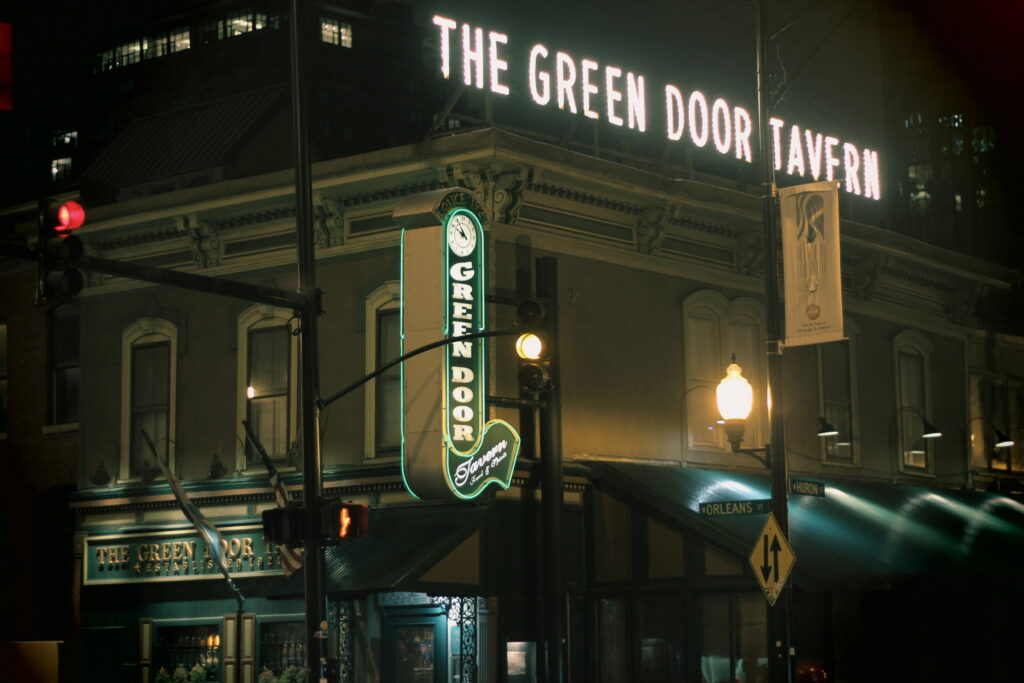 WASHINGTON: Sigh. The mystery is gone. After we posted our story (and our slight puzzlement) on the call by the three-star commander of Air Forces Central Command (AFCENT) for info on US space capabilities, and adversary threats, to come out from “behind the green door,” we got schooled about the real meaning of the phrase.

Several Breaking D readers of current and past Air Force affiliation tweeted or emailed us to make sure we understood that the phrase used Sept. 9 by AFCENT Commander Lt. Gen. Joseph Guastella is service slang for programs classified above ‘top secret,’ and had nothing to do with any movies or taverns.

“I suspect that someone has told you by now, but the ‘Green Door’ in your article is how many people in the Air Force refer to classified (especially special access protected – SAP – information),” wrote one amused former Pentagon official with long-standing ties to the ‘black’ world.

This official said the phrase “stems from the office at the Air Force Personnel Center (AFPC) that handles all SAP assignments, such as assignments to the NRO, program offices like the B-21, the RCO, and Area 51. That special office historically had a green door (last time I was there it was back to basic brown). So while it might be fun to allude to other possible origins of the term, it’s unfortunately, pretty mundane.” 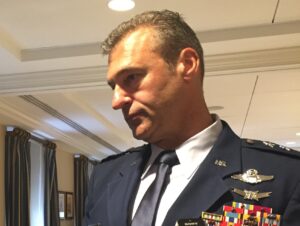 But guess what? The phrase actually has a much longer national security and military pedigree as a euphemism for secret. Oh yes, we at Breaking D are delving into a murky realm that is not usually covered by defense publications: semantics and etymology, the study of the meaning and the origin of words and phrases including idioms. Even though that AFPC door may have been painted green simply because it was the only paint found in the janitorial closet at the time, the phrase “behind the green door” — and its connotations of both secrecy and illicit activity — has a history that predates the US Air Force.

As we reported in our original story, one of the earliest references we could find — OK, that we could find in a five-minute Google search while racing towards deadline —  to a ‘green door’ that protected secrets was the Green Door Tavern in Chicago. It was originally established in 1921 as a speakeasy, and is still going strong as a legal establishment selling alcoholic beverages and food too. Apparently, many speakeasies back in the bad old days of Prohibition painted their doors green to signal to prospective customers.

But the late, great William Safire, in a 2004 column in the New York Times Magazine (that we found in another Google search after slapping our foreheads because we recalled Safire’s obsession with etymology), explained the original military-related usage. He traced the term back to spies and spy catchers at Bletchley Park during Britain’s World War II efforts to break Germany’s Enigma code.

What Safire did not note was another tangential relationship between the film and the military, unearthed by one intrepid Breaking D reader and passed along. “Behind the Green Door” producers were the flamboyant, and tragic, Mitchell brothers James and Artie. Artie spent time in the Army, but — at least as far as we know — the family had no relation to the flamboyant ‘father’ of the Air Force, Billy Mitchell. And even that tiny connection has led us and our source to speculate about whether the film’s name might actually have stemmed from the military slang (instead of the other way around).

But, in the end, no matter. Safire’s masterful history goes on to explain the ultimate source of the phrase, at least that he could find. In 1906, O. Henry (nee: William Sydney Porter) wrote a short story titled “The Green Door.” It was a musing on the human need to embrace “the twin spirits of Romance and Adventure,” according to Safire.

Romance and adventure. Somehow, someway, those concepts got caught up with spycraft in British and American military culture. All you fans (that includes us) of author John le Carre and his fictional hero (anti-hero?) George Smiley may rightly object to the idea that intelligence work is romantic. But, we at Breaking D would argue that it’s completely fair to call it an ‘adventure.’