The Lessons of Hiroshima: We Still Need Nuclear Weapons 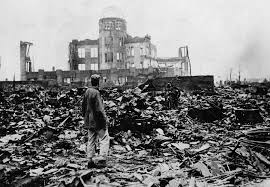 A new era of warfare began when the United States dropped the first atomic bomb on Hiroshima 70 years ago. While ordinary Japanese had grown used to seeing American bombers overhead, the hell on earth that was unleashed on August 6, 1945 eclipsed anything anyone had seen before.

Estimates suggest that at least 90,000 of Hiroshima’s 380,000 residents perished in the initial explosion. Over the months and years that followed, tens of thousands more perished from exposure to radiation. (Of course, the fire bombings of Tokyo are believed to have killed more people than the atomic bomb, but more slowly.)

The “Little Boy” bomb that exploded over Hiroshima and the “Fat Man” device dropped on Nagasaki two days later demonstrated the power of atomic weapons. Yet these bombs, both with an approximate yield of 15 kilotons, are quite small compared to modern nuclear weapons, which are approximately 30 times more powerful.

For humanity’s sake, we must do everything possible to ensure that nuclear weapons are never again used in war. The consequences are simply too grave.

As we look back on the seventieth anniversary of Hiroshima, some who advocate the abolition of nuclear weapons — like those from the “Global Zero” movement—will use graphic examples of the destruction wrought on Hiroshima to argue for the reduction and elimination of nuclear weapons. If we can just rid ourselves of these weapons, they argue, there will be no opportunity to use them. 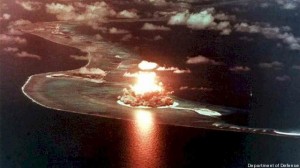 They have learned the wrong lessons from the past.

History, experience and logic suggest that attempts to reduce the stockpile of nuclear warheads will backfire. Why? Adversaries who wish to launch a nuclear attack cannot do so without triggering an unimaginably terrible response. If our second-strike capability did not promise to wreak horrific death and destruction on aggressors—effects similar to those seen at Hiroshima and Nagasaki — the deterrence that saves us from such tragedies would be more likely to fail.

It is not just luck that the Cold War never went hot. During this period, the United States and Soviet Union went to great lengths to control the escalation of crises. The restraint showed in many instances was not due to a lack of a reason for conflict, but because the destructive power of nuclear weapons compelled both American and Soviet leaders to exercise caution.

The need for nuclear weapons did not end with the fall of the Soviet Union. In contrast to the arguments of those who would abolish them, these weapons are likely to play a more important role for the United States and its allies in the future. Why? We must now deal with adversaries who want to use their nuclear arsenals as substitutes for a relative disadvantage in conventional military power. Conventional wars could easily spiral into nuclear ones if the United States does not maintain its nuclear capability to deter them. In this context, we believe it is naive to suggest that the United States lead the way toward Global Zero by allowing its arsenal to atrophy and die.

Even in a hypothetical world in which we could persuade all countries to give up their nuclear weapons and commit never to develop them again, history suggests that the world would likely become a less peaceful place. Nuclear weapons have helped to prevent large conventional wars among great powers like those that ravaged the world during the first half of the twentieth century. When two adversaries both possess nuclear weapons, they cannot undertake aggressive actions without risking escalation to a nuclear exchange. 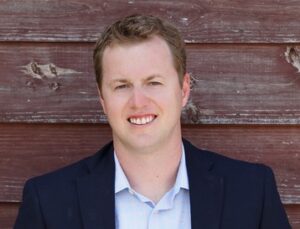 There is no doubt that nuclear weapons are devastating weapons of war. They possess the power to destroy entire civilizations. They also produce radiological effects that can maim and kill for many years after they are used. This, horrible as it may seem, is exactly why we must keep them. The restraint they engender has saved the lives of countless millions — of that there can be no doubt.

Nuclear weapons will not deter every adversary in every situation. But they were never meant for this purpose. They do, however, deter those adversaries with the capability to pose an existential threat to the United States and its allies. Keeping these threats at bay is well worth the effort. The world is a safer and more peaceful place because of them.

Blake McMahon is a research professor at the Air Force Research Institute. Adam Lowther is director of the Air Force’s new School for Advanced Nuclear Deterrence Studies, designed to build an elite corps of strategic thinkers. And here’s the usual disclaimer: The views expressed in this article are those of the authors and do not reflect the official policy or position of the United States Air Force, Defense Department, or the US Government.