This Is Not The ICBM You Are Looking For; Detailed Analysis Of North Korean Missile 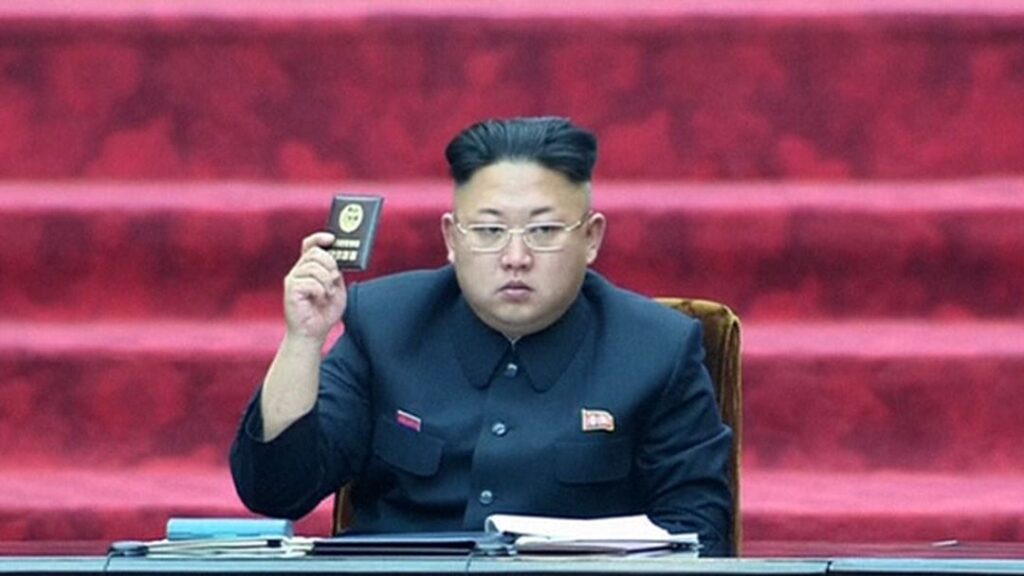 North Koreans are showmen: large 16-wheeled off-road trucks carrying missiles through the streets of Pyongyang are all about showing the ‘American Bastards’ that North Korea has credible road-mobile ICBMs.

The ‘Young General,’ as Kim Jong-Un likes to style himself, has even claimed those ICBMs can threaten San Diego, Texas and Washington DC. American leaders have effectively endorsed North Korean claims, by treating the missile mock-ups and range claims as if the threat is real. The US Missile Defense Agency (MDA) has talked up the immediacy and numbers of the threat missiles to justify their mandate for 44 Ground-Based Interceptors (GBIs), regardless of any doubts expressed as to the reality and timing of the threat. The DPRK has been remarkably open with sharing edited photos and video of successes in order to influence the US to treat them with ‘appropriate respect’. Four missiles have been shown or flown to influence opinions about the ICBM program: the Unha SLV, the Hwasong 10 (usually called Musudan in US sources), the Hwasong 12 and now the Hwasong 14, flown expressly on the fourth of July to provide a North Korean flavor to celebrating the American holiday.

This article applies missile engineering principles in a directed engineering forensic look to ask the obvious questions: how does a small country that, until a few years ago, was limited to building copies of Russian missiles from the fifties, claim to build a road-mobile liquid propellant ICBM (a feat never achieved by either the Soviets or the US) and have that missile threaten the continental US? This is clearly unlikely as an engineering achievement, so what is the Hwasong-14 and what does it teach us? 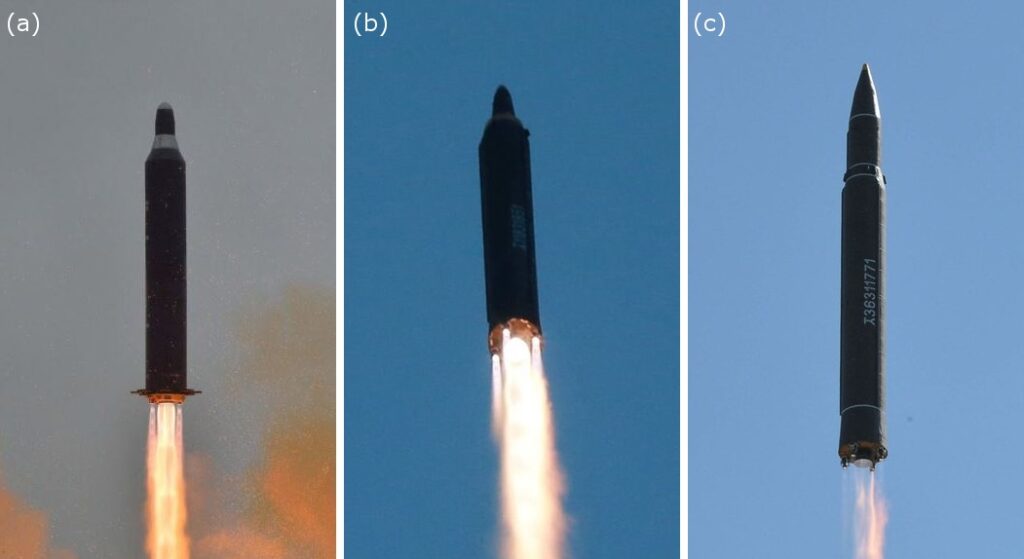 In June 2016, North Korea released launch footage of a new ballistic missile, known as the Hwasong 10. This had previously only been seen during parades in Pyongyang. During its single successful flight, it flew a lofted trajectory over a distance of 400 km, reaching an altitude of roughly 1,400 km. Photographs and the trajectory confirmed that its engine configuration is similar to the Soviet SS-N-6 Serb/ R-27 submarine-launched ballistic missile, with a single main engine and two separate smaller vernier engines for steering. North Korea’s Unha 3 Space Launch Vehicle appears to use two R-27 vernier engines to power its third stage, appearing to confirm North Korean access to R-27 technology and engine assemblies. The R-27 used a more energetic propellant mixture than North Korea’s known Scud-derivatives, with N2O4 as the oxidizer and UDMH (Unsymmetrical Dimethyl Hydrazine) as the fuel. N2O4 has use constraints within a relatively small temperature range, however, that make it ill-suited for a mobile missile. Therefore it seems likely that the Musudan uses IFRNA as the oxidizer instead, albeit still with UDMH as fuel. Computer simulations of the lofted trajectory show that it was most likely flown without a payload and that, with a payload of 650 kg, the missile can travel a distance of approximately 2,100 km. Notably the modeling showed that the Musudan was less capable than the original Soviet missile in every military aspect: it has less range for all payloads, is less reliable and is probably far less accurate than the original R-27.

In May of this year another new missile, called the Hwasong 12, was launched. This too had been seen before during a parade, staged in April to celebrate Kim Il Sung’s 105th birthday. Its engine configuration, shown in Figure 1b, is different from the Musudan in that it has four vernier engines rather than two (detailed size comparisons may show larger thrust capabilities per engine from the Hwasong 12 verniers). This is similar to the arrangement shown in a static ground test from March 2017 and the engine may be new, but computer simulations suggest that its performance is similar to that of the R-27 and that it likely uses N2O4 and UDMH as the propellant. The simulations also show that the structure of the missile is a lot lighter than that of the Musudan or older Scud-derivatives, making it rather fragile. Driving it around on top of a TEL or erecting it when fueled is a recipe for a large explosion. With a payload of 650 kg, it can reach a distance of approximately 3,700 km; enough to strike Guam.

The Hwasong 14 launched earlier this week also flew on a highly-lofted trajectory. According to North Korean sources, it covered a distance of 933 km while reaching an apogee of 2,802 km, with a total flight time of approximately 39 minutes. Assuming that these numbers are accurate, the performance increase is significant, but does this qualify as the long-awaited road-mobile ICBM? Engineering forensic analysis by computer simulations addresses this question. The missile parameters required for the simulations can be derived from existing missile models and photographs of the launch. 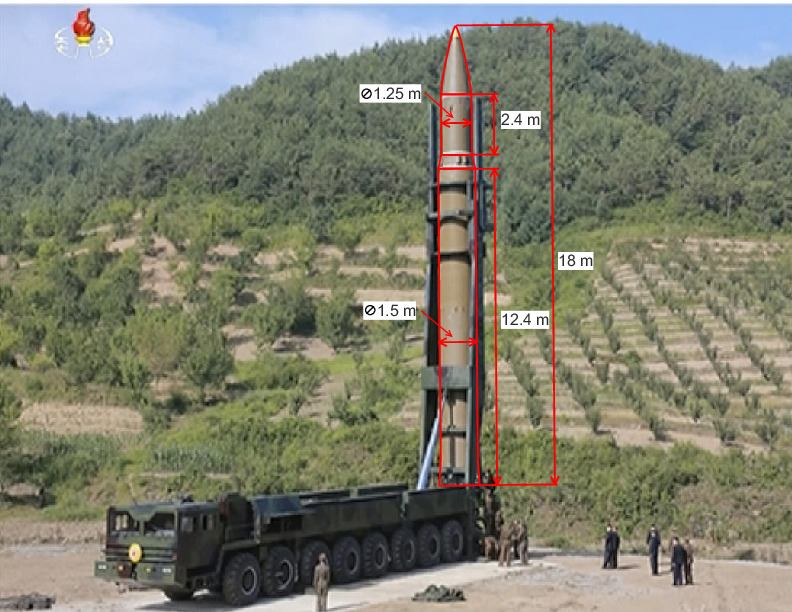 Figure 2: The Hwasong-14 shown on its transporter, with its approximate dimensions indicated. (Original photograph KCNA television)

The first-stage engines, shown in Figure 1c, have the same configuration as that of the Hwasong 12. Figure 2 shows the missile and its transport vehicle, which appears to be a Chinese-built WS51200 as used during earlier parades. According to a UN investigation, six of these trucks were sold to North Korea as ‘lumber transporters’ and, after the sale, North Korea violated the ‘end user certifications’ by modifying them back to banned Transporter-Erector-Launchers. Other photographs, with the Hwasong 14 lying on top of the vehicle, show that it is marginally shorter than the vehicle. This allows estimating the dimensions of the missile, as shown in Figure 2. These confirm that the first stage is essentially identical to the Hwasong 12. The second stage looks very similar to the upper stage of the Unha 3, albeit with shortened tanks. The matching parameter set is listed in table 1.

Table 1: parameters of the Hwasong-14 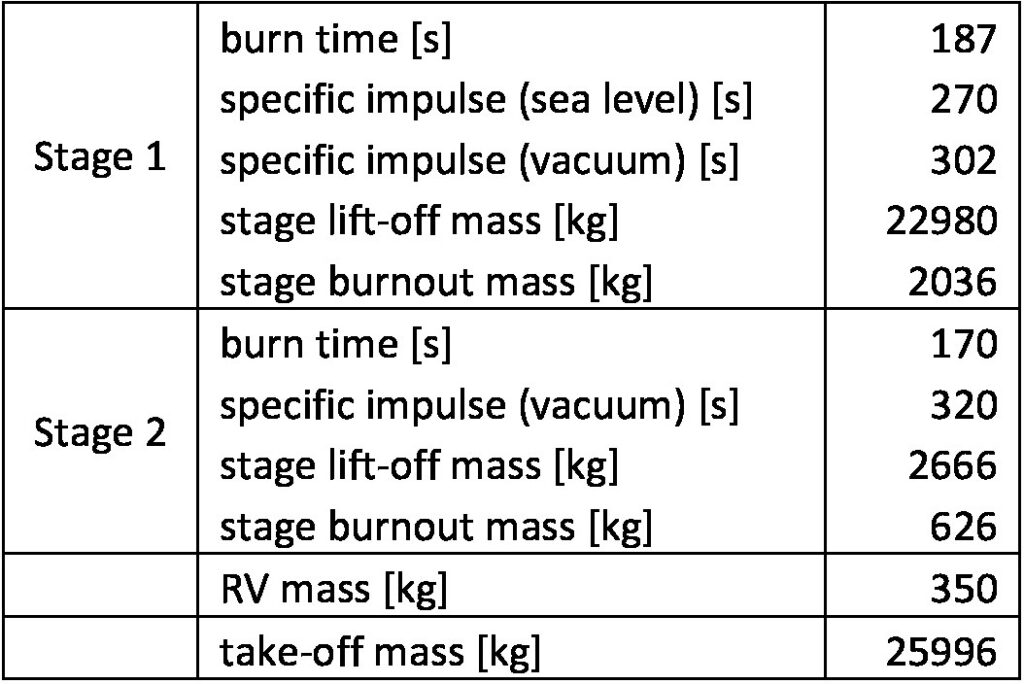 With these parameters, a lofted trajectory over a distance of 933 km was simulated, with a launch from Panghyon and an initial heading of 70°. The result is shown in Figure 3. 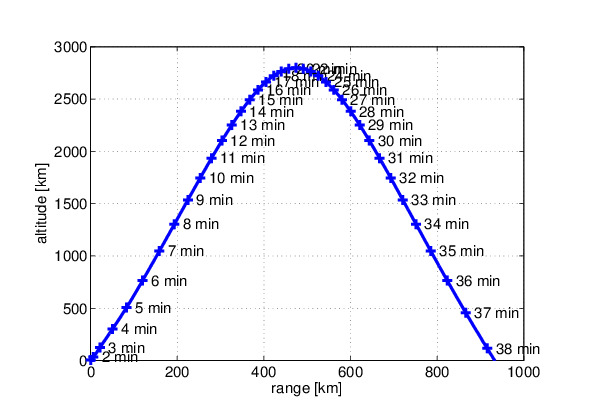 The maximum altitude reached indeed is close to 2,800 km and the total flight time is close to 39 minutes, similar to the reported values. The RV mass in the simulation is 350 kg, which is heavier than one would expect for an empty heat shield of this size, but is much lighter than a useful payload. The burnout mass of the second stage, in Table 1, is approximately 23 percent of the total mass. This is fairly heavy, as housing the guidance equipment and shortening the length of the stage provide only small decreases in the empty mass. Unfortunately, simulations of lofted trajectories do not differentiate between the empty mass of the second stage and the RV mass, as only their sum is unique. A lighter second stage tank would allow a heavier payload for roughly the same trajectory. To account for this, two series of simulations were done, of payload versus range: one with the relatively heavy second stage tankage and one with a light second stage, with the mass reduced by 150 kg. In the latter case the stage burnout mass is 19 percent of the total stage mass. Results are shown in figure 4. 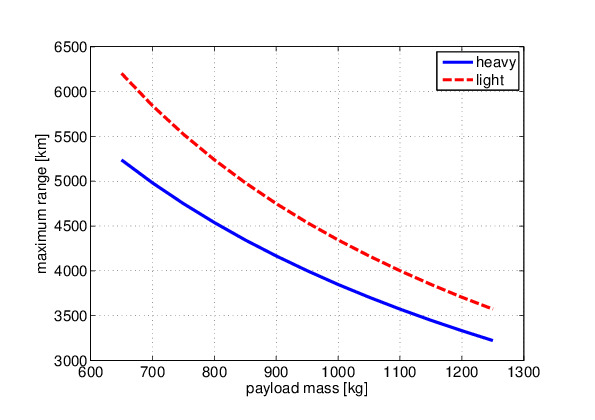 With a fairly small payload of 650 kg, the heavy version reaches a maximum distance of close to 5,240 km. This indeed is a substantial performance increase over the single-stage Hwasong 12. With a payload of 1,000 kg, more representative of an early-generation nuclear weapon, it has a range of 3,800 km.

The simulations in Figure 4 were done without Earth rotation. In reality, launching to the east increases the range and launching to the west decreases it. The result of including this effect is visualized in Figure 5, for both versions with a 650 kg RV. Both can reach parts of Alaska; Hawaii is just out of reach. Both versions can also reach all of China and much of the Russian Federation. 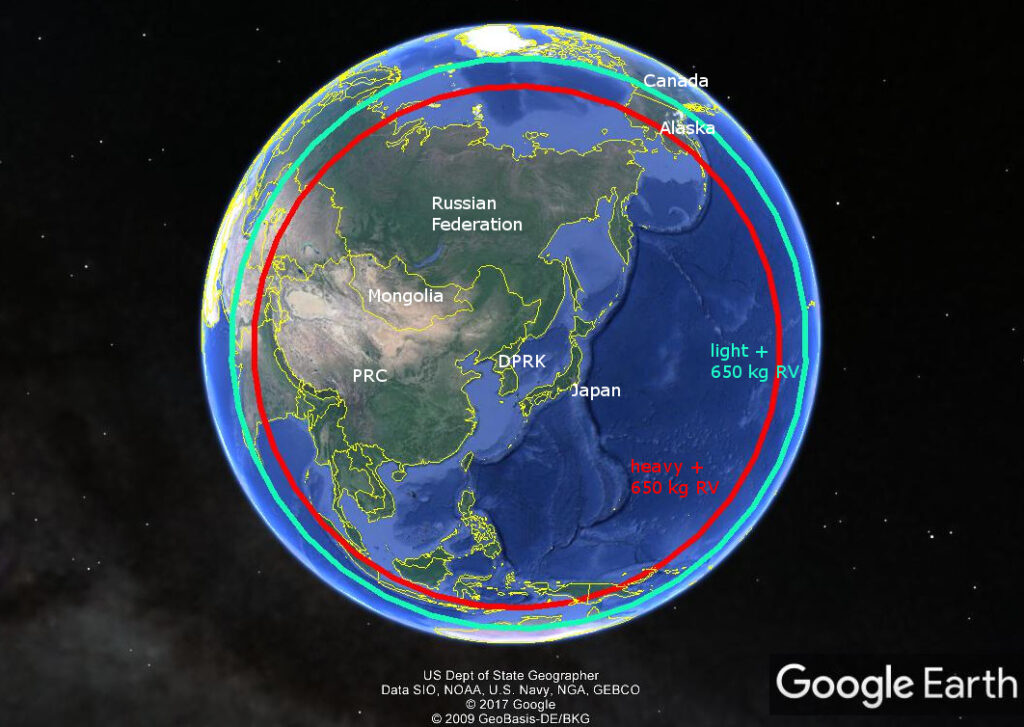 Figure 5: Area that can be covered by the Hwasong 14, both with a light and with a heavy second stage and a 650kg reentry vehicle. Visualization in Google Earth.

There is a degree of uncertainty in these results, of course. Rocket science is not magic. It is engineering constrained by chemistry and physics. Applying a more detailed analysis on better images would result in more refined results. North Korea claims that the new missile can carry a “large-size heavy” nuclear warhead and that the second stage uses a new high-thrust engine. The total propellant mass in a missile stage is limited by its size and the thrust is limited by the specific impulse of the propellant. If the second stage had a high-thrust engine, this would merely result in a shorter burn time, with only a small net result in burnout velocity and range. The simulations show that two smallish vernier engines are already enough to explain the performance increase. The thrust of the first stage engines is enough to lift the mass of the missile, but with only a small margin. It would not be able to carry a much heavier second stage.

An ICBM has a range of at least 5,500 km. Only the lighter version can exceed this and only with an RV mass of 750 kg or less. Like the Hwasong 12, the use of N2O4 and the innate frailty of the light-weight structure limits mobile use, as does the limited number of capable transporters. The force of deception is strong with this one, so we must use the science and engineering carefully and with skepticism to understand what has been shown. Based on the available data, this is not a liquid propellant road-mobile ICBM.

Ralph Savelsberg is an associate professor at the Netherlands Defense Academy in Den Helder, specializing in missile defense. The author would like to thank Tomohiko Kawaguchi and James Kiessling for their suggestions and comments.