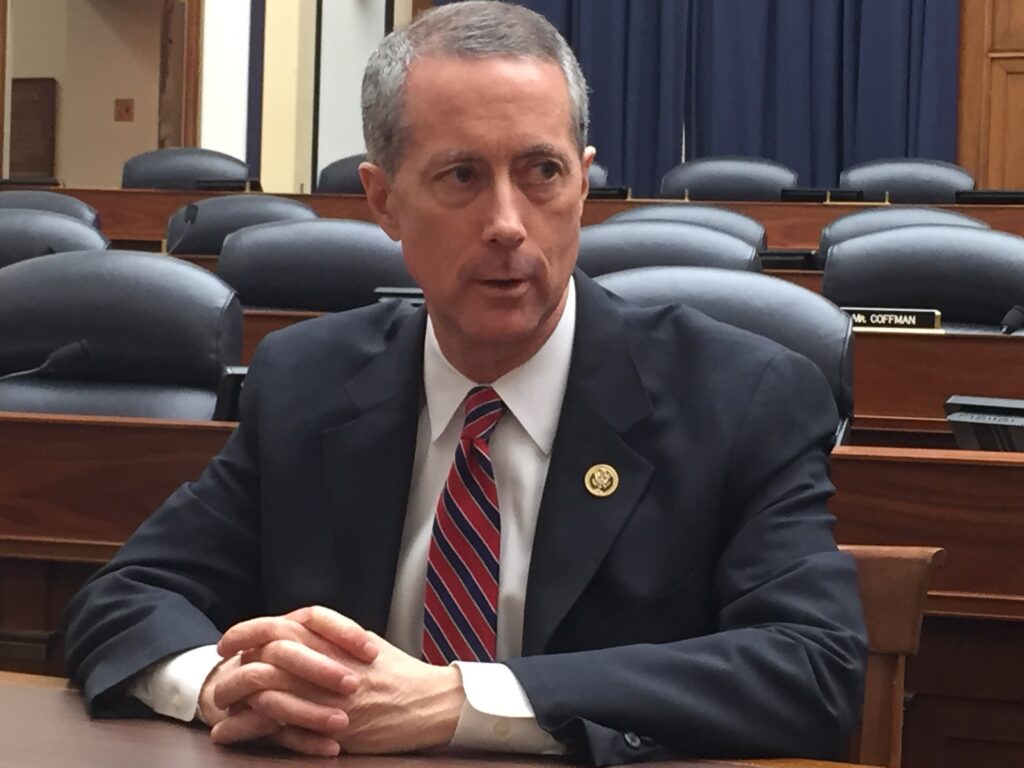 Like many GOP lawmakers, Thornberry — a Texas Republican who says most of his constituents want a wall — is walking a fine line to avoid rejecting Trump’s plan and threatening Republican unity. Asked directly by reporters on Tuesday if he would support the president declaring a national emergency that would allow the administration to use military construction money to build a wall, Thornberry said: “In short, I am opposed to using defense dollars for non-defense purposes.”

But he did not oppose the idea of more funding for border security: “Seems to me we ought to fund border security needs on their own and not be taking it from other accounts.”

The fight over funding president’s campaign pledge to build a wall across the southern border with Mexico is at the heart of the 18-day government shutdown, which forced 800,000 federal workers to go without pay.

Trump is refusing to budge from his $5.7 demand for the wall, while Democrats in the House and Senate are also refusing to give an inch past their $1.3 billion offer for border security measures.

If the president declares a national emergency this evening in his televised national address Tuesday night, he would be able to dip into unobligated military construction funds to pay for it. But Democrats and outside analysts have warned that such a move would be of uncertain legality, triggering lawsuits and a series of hearings in the Democratic-controlled House, which would tie up the process indefinitely.

Pentagon officials are currently scouring the unobligated 2019 military construction accounts to see where money might be found to shift to the wall, were Trump to give the order.

In the years of defense budget caps after the 2011 budget control act, funding on military construction was particularly hard hit. The upkeep and repair of buildings, roads and facilities were shortchanged as military leaders raided those funds to buy spare parts and other equipment.

Thornberry said that, even given the $165 billion in new money Congress gave the Pentagon over the past two years, “we have not made up for that deficit in military construction that does affect readiness, that does affect the quality of life and all sorts of things. So to take some of that money and use it for something other than [military construction] will obviously be damaging, and I’m not for that.”

Thornberry’s colleague and new HASC chairman, Democrat Adam Smith, has been effusive in his rejection of the wall idea in recent days. Appearing on CNN Monday, he called the idea of declaring a national emergency “horrible policy and I’m totally and completely against it — but from a legal standpoint he could do it.”

Smith added that taking the money from the Department of Defense “would be a terrible idea.”

If the order to use DoD funding were given, it would fall on acting Defense Secretary Patrick Shanahan to get it done, adding to the growing list of other recent urgent orders from the White House, including planning for troop withdrawals from Syria and Afghanistan.

Shanahan is also preparing to deliver the Pentagon’s fiscal 2020 budget request to the Hill early next month, and he’s slated to be the point man in hearings before the Senate and House, given the resignation of Jim Mattis in December in protest of Trump’s policies.