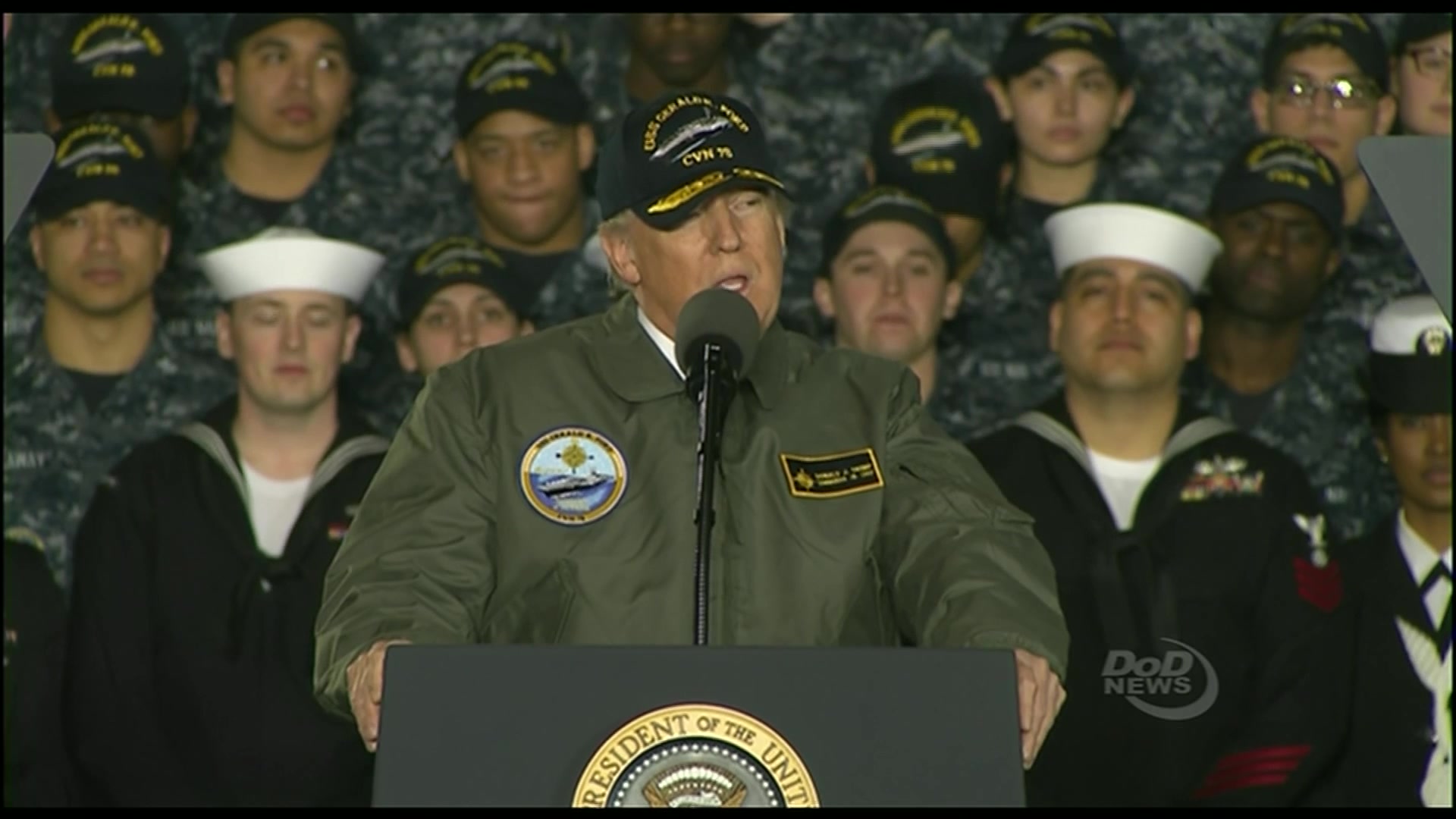 President Trump at the USS Ford

WASHINGTON: President Donald Trump may have a clear preference for a “goddamned steam” catapult on the USS Ford and its successors, but his opinion is not based on any detailed Navy briefing about the ship, according to Sean Stackley, acting Navy Secretary. Trump may have derived his remarkably insightful observations about the Electromagnetic Aircraft Launch System (EMALS) from his March 2 visit to the Ford.

“I’m probably not going to get into a Q&A regarding comments the president’s made…. That was a good try,” Stackley told reporters yesterday afternoon. That said, Stackley went on, “We have not briefed the president on the Ford program. He did go down to Newport News and visited the ship, was onboard the ship… I wasn’t present for that visit.”

(Here’s a video about EMALS that may be useful for President Trump:)

Here’s what Trump told Time magazine about EMALS (and other things) in an extraordinary interview published yesterday:

“You know the catapult is quite important. So I said what is this? Sir, this is our digital catapult system. He said well, we’re going to this because we wanted to keep up with modern [technology]. I said you don’t use steam anymore for catapult? No sir. I said, ‘Ah, how is it working?’ ‘Sir, not good. Not good. Doesn’t have the power. You know the steam is just brutal. You see that sucker going and steam’s going all over the place, there’s planes thrown in the air.'”

“It sounded bad to me. Digital. They have digital. What is digital? And it’s very complicated, you have to be Albert Einstein to figure it out. And I said–and now they want to buy more aircraft carriers. I said what system are you going to be–’Sir, we’re staying with digital.’ I said no you’re not. You going to goddamned steam, the digital costs hundreds of millions of dollars more money and it’s no good.”

By “digital,” Trump presumably means EMALS uses electromagnetic energy rather than steam, allowing for a smaller system with fewer moving parts, and hence less need for expensive maintenance. The electric motors put less stress on aircraft during launch — again, reducing maintenance costs and extending the service life of an aging airfleet — and can launch larger future aircraft than steam can handle. The new technology has had troubles in testing, as have several of the other innovations packed into the badly over-budget and behind-schedule Ford, which both civilian and uniformed Navy leaders acknowledge was too ambitious a leap ahead of the time-tested Nimitz class. 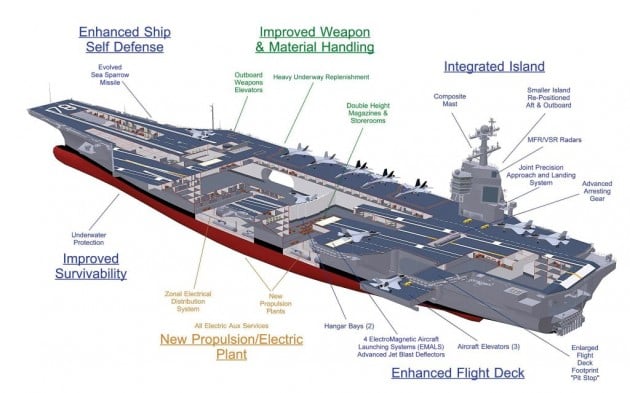 Now, however, the Navy feels confident about the carrier. That’s why the service formally committed itself in early January to sticking with both Advanced Arresting Gear (AAG) and the EMALS system — both built by General Atomics — for all three Ford-class carriers. Those are the two primary systems controlling the take-off and landing of aircraft from the carriers.

Are EMALS and the rest of the highly advanced systems ready?

“Ford right now is on track to get out to sea before Memorial Day,” Stackley said. “Pending the results of acceptance trials, we expect to turn delivery around quickly after that. The crew’s already onboard operating the systems.”

That should shake out any significant problems remaining on the very over budget and behind schedule ship. Stackley is hopeful: “We came out of builders’ trials strong. We are correcting those deficiencies — the deficiencies that we need to correct prior to going into Acceptance Trials (AT). I’m pretty confident right now in a good AT and a quick turnaround to delivering the ship.”