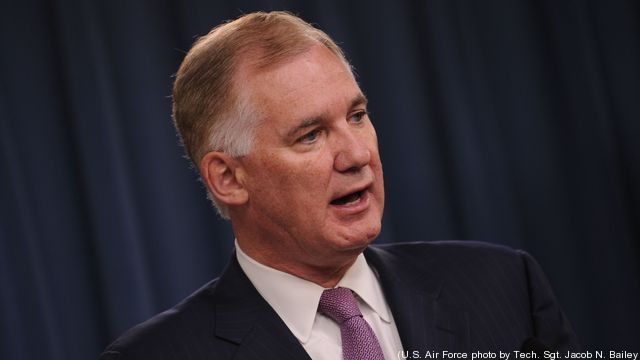 The U.S. defense industry, being reshaped by declining post-war budgets, globalization, and the increased pace of technological change, must work with the Pentagon and take proactive steps to maintain our historic preeminence on the battlefield.

Our industry does not easily embrace change. In fact, history demonstrates that shifts in the defense industry have largely been triggered by major external events – World War II or the end of the Cold War. We stand at a similar point now given the drawdown of the wars in Iraq and Afghanistan, combined with the impact of commercial and international technology on defense, especially in the realm of telecommunications, cybersecurity and drones. Already more than one-third of all platform and service dollars spent by the Pentagon are with nontraditional commercial and international companies, according to a recent study by Booz & Co. Combined with sharp declines in defense spending, today’s defense industry is chasing a declining share of a declining market with fewer funds allocated for developing the next-generation technology which the Pentagon needs.  At the same time, the company-funded R&D budgets of the five largest U.S. defense contractors combined still would not put defense on the list of the top 20 industrial R&D spenders globally.  Meanwhile, R&D in other industries races ahead in areas critical for defense, including renewable energy, autonomous vehicles, nanotechnology and IT.

The Pentagon historically has exported technology to the commercial sector with transformational capabilities such as GPS, the initial development of the Internet, and jet aircraft after World War II. Today, the situation is reversed, with the military becoming an importer of commercial technology, especially given the transformational role of information technology in everything. It is no surprise that companies like Google are attracted to defense in an era when soldiers can use smart phones to obtain real-time surveillance from drones or to coordinate with fellow troops via text messaging.

With these trends unlikely to reverse, there are three steps the Pentagon and industry — with the support of Congress — can take that could provide a distinct competitive advantage to our men and women on the front lines.

First, the Pentagon should pursue genuine acquisition reform that lowers the barriers to entry and facilitates better access to commercial technology. We have talked about overhauling this Byzantine buying process for decades. While there has been some improvement, whatever gains we’ve made are failing to keep pace with the rapid technological advancements in the commercial sector over the last decade, leaving the Pentagon relatively isolated from the world around it.

Second, government and industry need to more fully embrace globalization to benefit from the investments made by key U.S. allies and partners. As we’ve seen in numerous conflicts, the U.S. is increasingly fighting alongside other countries and militaries. We train together and we share intelligence. But we continue to miss the opportunity to take full advantage of technologies and products made outside of the U.S., or to ramp up joint development and this free up critical dollars to invest elsewhere.

Finally, the U.S. government should allow further consolidation of the defense industry. We need to streamline operations so we can focus resources on developing technology that maintains U.S. superiority. With a greater than 20 percent drop in defense spending in recent years, it is not possible or even desirable to retain the current industry structure. While some fear that deeper consolidation may reduce competition, such concerns could be alleviated if the Pentagon actively expands its supplier base to more commercial and international companies.

Taken together, our industry would see increased competition and all the benefits it brings  ̶ innovation, increased corporate investment, and lower prices – if we made it easier for all companies to vie openly and fairly.

Ultimately, the Pentagon and our industry must let global free-market instincts prevail. That is the best and only way to harness the benefits of change and to increase U.S. technological strength. We have a unique opportunity today to look beyond our borders   ̶  both real and imagined   ̶  and turn the tide of global and technological change to our advantage.