U.S. Sending Billions Worth of P-8s, E-2Ds To Asian Allies

WASHINGTON: The State Department has approved the $2.6 billion sale of six P-8A Poseidon maritime reconnaissance aircraft and 64 Patriot anti-ballistic missile weapons to South Korea. It’s another sign that U.S. allies are stocking up on American military tech to counter China, while hedging against North Korea.

The Boeing-made Poseidon, used primarily for hunting submarines and flying reconnaissance missions over large swaths of ocean, will give the South Korean military a new capability in tracking North Korean submarines, which have harassed shipping in the region. In 2010, a suspected North Korean midget submarine sunk the Cheonan, a South Korean corvette, killing 46 seamen. 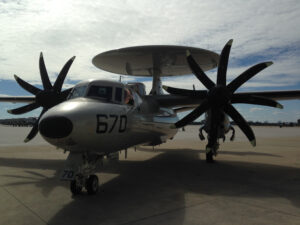 China has been busy deploying increasingly advanced submarines, some of which have deployed as far as the Indian Ocean in recent years. The “modernization of China’s submarine force remains a high priority” for Beijing, according to the Pentagon’s latest assessment of the strength of the Chinese military.

Moscow is also preparing to send its new generation of submarines to the region. Russian government media outlet TASS says two “stealth” subs which will joint the Pacific Fleet over the next two years, the first of six Varshavyanka-class diesel-electric submarines destined for Pacific waters in the coming years as Moscow continues to make its presence known.

Given the increasingly crowded waterways, Japan has also invested heavily in big-ticket foreign military sales. On Monday, the Pentagon announced the U.S. government had signed off on the $3.1 billion sale of nine E-2D Advanced Hawkeye Airborne Early Warning and Control aircraft to Japan, made by Northrop Grumman.

The Pentagon said in a statement that the planes will help Japan develop a better “situational awareness of air and naval activity in the Pacific region.”

Japan is in the middle of a major military buildup orchestrated by the government of Prime Minister Shinzo Abe, which is concerned about China’s rapidly modernizing conventional forces and the North Korean ballistic and nuclear missile threat.

The new Hawkeyes will mark a significant upgrade over the dozen older E-2C Hawkeyes currently in use by the Japanese Self-Defense Forces, and will work jointly with Tokyo’s nascent fleet of F-35 joint strike fighters, giving Japanese forces far better intel over what is moving around in the waters, and in the air, around their island.

Earlier this week, a Japanese ship successfully hit a mock ballistic missile off the coast of Hawaii, in a test both American and Japanese officials hailed as evidence the Tokyo’s capabilities are growing. It was the second time a Japanese ship armed with the Aegis Ballistic Missile Defense system knocked down a ballistic missile, the first being in February 2017. A second test in June of last year failed, but the Navy blamed sailor error for that miss after the interceptor blew up in flight.