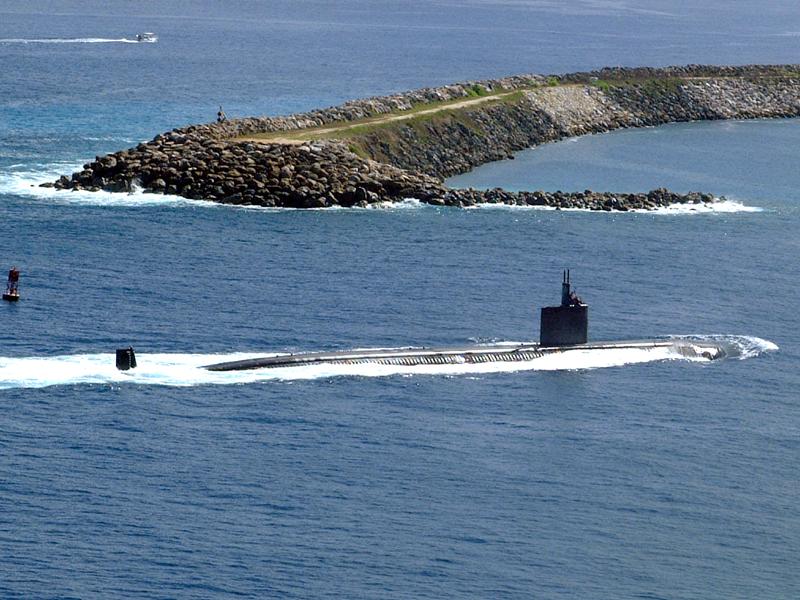 A US Navy attack submarine enters Apra Harbor in Guam

Run silent, run deep — and now, run in packs? Submarines are traditionally lone wolves, but the rise of robotics is starting to change that. Just yesterday, defense contractor BAE announced a $4.6 million award from DARPA to build an Unmanned Underwater Vehicle (UUV) to accompany manned submarines, helping them spot targets by sending out active sonar pulses. 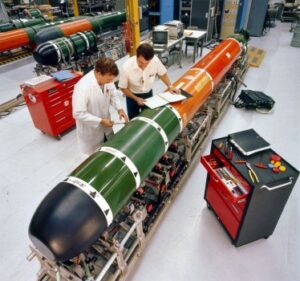 Navy Mark 48 torpedo undergoing maintenance. The proposed underwater drone must be this size or smaller so submarines can launch it from their torpedo tubes.

While the contract is tiny by Pentagon standards, it’s a harbinger of things to come underwater. Done right, the sonar drone could give bubbleheads a new advantage at a time when Russia and China are copying our old ones. But there are plenty of technical and tactical hurdles to overcome. The first is cramming a sufficiently high-powered sonar, an underwater datalink, and an adequate power source in a drone small enough to launch from a torpedo tube. If you can do all that, then you have to make sure the sonar and datalink aren’t too powerful, or they’ll give away the drone’s location —  or even help the enemy find the manned submarine itself.

Known as MOCCA (Mobile Offboard Clandestine Communications & Approach), the sonar UUV would help the manned mothership detect enemy submarines at greater distances, without being detected in return. Active sonar, which sends out a pulse of sound — that loud “PING” you hear in war movies — has a much longer range than passive sonar, which merely listens. But submarines generally rely on passive sensors, because the enemy can home in on active pulses. If the sub can launch an unmanned underwater vehicle with active sonar, though, the UUV can move a safe distance away before it starts pinging. Yes, the enemy may well detect the drone, but even if they destroy it, the manned sub is safe. 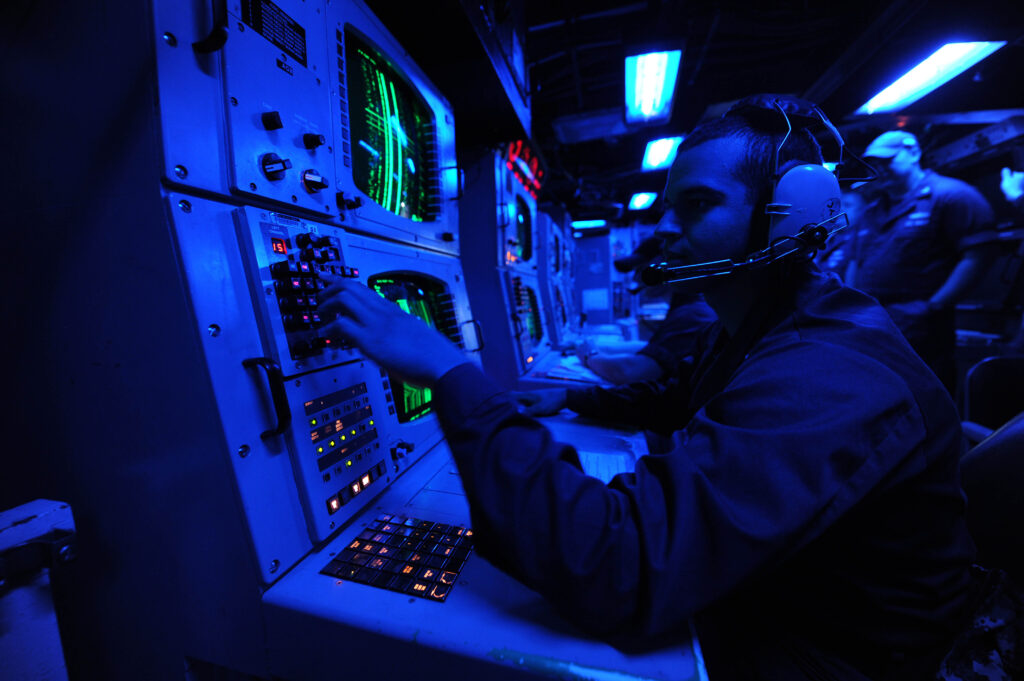 The relationship between sub and drone would be a bit like that between a hunter and his hound, working together to find prey. But in this hunt, though, the prey shoot back. The hope is they shoot the noisy hound instead of the quiet hunter. The danger is the hound will give the hunter away.

How? One danger is that the UUV’s active sonar pulse might hit its parent submarine, echoing off and effectively spotlighting it for the enemy. While you would never intentionally aim your sonar at a friendly sub, sound bends and bounces in funny ways underwater. “Sound that is projected will be scattered,” warns DARPA’s Broad Agency Announcement outlining the problem. “Scattered sound may inadvertently illuminate the host submarine and possibly compromise stealth.”

The other danger is the datalink. The manned submarine and the UUV have to communicate, if only so they know where the other one is. The more data they exchange — the humans sending orders to the drone, the drone sending scouting reports back — the more transmissions there are to detect. Submarines traditionally operate alone precisely because coordination requires communication, and communication can be detected. As the BAA puts it, “the MOCCA communications link cannot degrade submarine stealth.”

“Underwater data links are a relatively mature technology. The challenge here is to create one that can provide high bandwidth if the UUV needs to send data to the submarine and can also be hard for an enemy to detect,” said Bryan Clark, a retired submariner and former aide to the Chief of Naval Operations, how the Center for Strategic & Budgetary Assessments. (Clark wrote an intriguing study on underwater communications). The crucial question is how much bandwidth you want, which in turn depends on what, exactly, you want the drone to do. There are two basic approaches, Clark told me:

“If the UUV just transmits active sonar and other platforms listen to the reflections form the sonar, the datalink only needs to be able to control the UUV and provide feedback on its location,” Clark said. “If the UUV is also acting as a sensor, much more bandwidth is needed, (and) as bandwidth goes up, the required power level probably rises and could make the link more detectable.”

Clark still firmly believes underwater drones are central to the future of naval warfare: He just never said developing the technology or the tactics would be easy. “Overall, the idea of using UUVs as adjuncts to submarines or surface ships in Anti-Submarine Warfare to be sensors…is a good one,” he told me. “The key is coming up with tactics and applications where they offer better performance than the traditional approaches we use today.”

The DARPA contract starts us down that road.