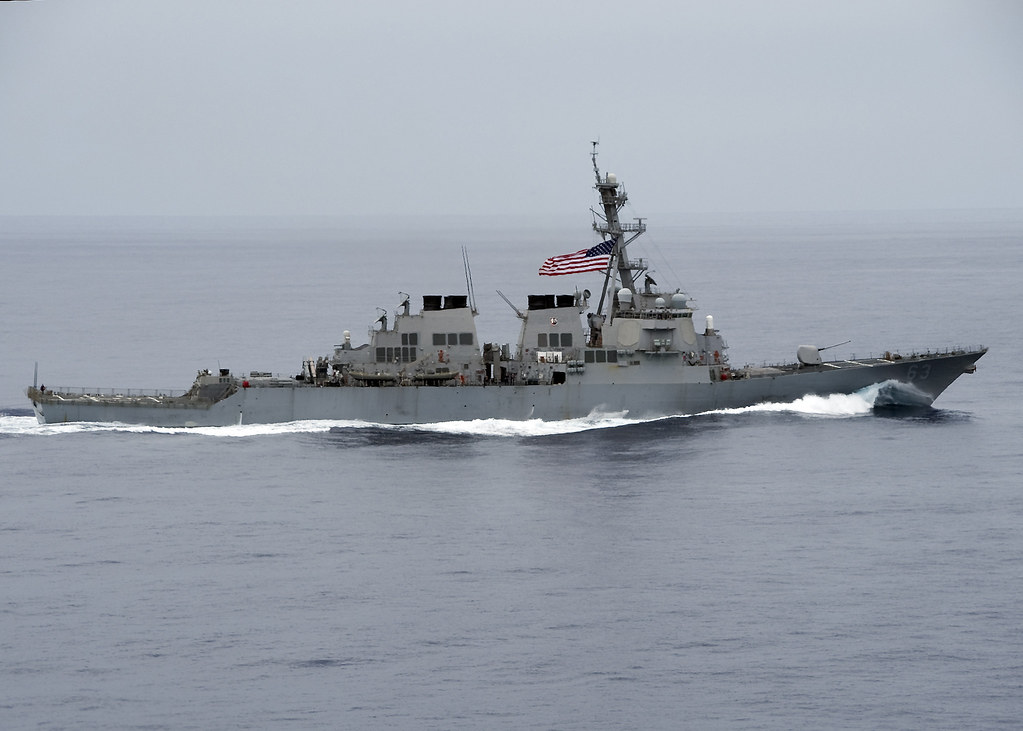 WASHINGTON:  The US Navy has sent a P-8A maritime patrol aircraft and the USS Stethem destroyer to assist Japanese forces as they search for their F-35A that went missing Tuesday.

The response from the Navy and the 5th Air Force, which is coordinating requests for air support and disseminating information to US forces aiding in the search, underscores the importance of the search and rescue effort, even as pieces of the plane have already been located, with no sign of the pilot. No word yet of any Russian or Chinese efforts to locate the downed aircraft or to assist with the search.

The plane disappeared from radars during a training flight about 84 miles east of Aomori Prefecture on the northern part of Honshu, Japan’s largest island.

Japan’s 12 remaining F-35As, based at Misawa Air Base have been grounded. The squadron stood uip in late March. The UK is reviewing the status of its 17 F-35B fighters. “Safety is of the utmost importance and very closely managed on the F-35 program. We will continue to review the situation as further information becomes available,” a UK Ministry of Defense spokesperson told Reuters.

So far, the United States and all other countries flying the F-35 say they’ll continue to fly their planes.

The Japanese plane took off from Misawa at 6:59 pm Tuesday and lost contact around 7:30, the Japanese Ministry of Defense said in a statement. Japanese broadcaster NHK says parts of the tail have been recovered.

Asked what more the United States was prepared to do to help locate the pilot and aircraft, Col. John Hutcheson of US Forces Japan told me in an email that “US Forces Japan will continue to work closely with the Japan Self Defense Forces and Ministry of Defense to assist with search and rescue efforts, as requested. We continue to hope for the safe recovery of the pilot, and our thoughts are with his family and all of our Japanese partners as they conduct this search.”

The crash marks the second time in a year an F-35 has crashed, after a Marine Corps F-35B went down in South Carolina in October. The pilot escaped safely. So far, no pilots have died during the F-35s development, testing or operations.

The Japanese plane was the first F-35A built domestically at Mitsubishi Heavy Industries, and reports indicate it cost 14 billion yen — or $126 million — a heftier price tag than F-35As built in the United States.

Reports coming from Japanese news outlets say the pilot — who has not been identified, had approximately 3,000 hours of flight time, but only about 60 of those in the F-35. The plane itself had logged a total of 280 hours in the air, Japanese military officials said.

The F-35 has flown its first combat sorties over the past year. Israel hit targets in Syria last May with its F-35A, and IDF Maj. Gen. Amikam Norkin said last May that “we are flying the F-35 all over the Middle East – we might be the first to attack with F-35 in the Middle East.”

In February of this year, Marine F-35Bs flying off the USS Essex hit targets in Afghanistan, Iraq and Syria.

F-35B takes off from the USS Essex for the controversial aircraft’s first combat strike.

Manufacturer Lockheed Martin is working to expand the number of countries flying the plane, and has entered the F-35 into competitions in Finland, Switzerland, and India, pitting it against the twin-engined Eurofighter Typhoon and Boeing F/A-18E/F jet in each contest. Germany recently rejected the F-35 for its next fighter program.

Elsewhere, Turkey’s role in the program is in question, as the government of President Recep Tayyip Erdogan continues to insist it will buy the Russian S-400 missile defense system. American and NATO officials have said the buy would force the removal of Turkey from the F-35 club.