US Intelligence Must Boost S&T Sources, Analysis As China Rises 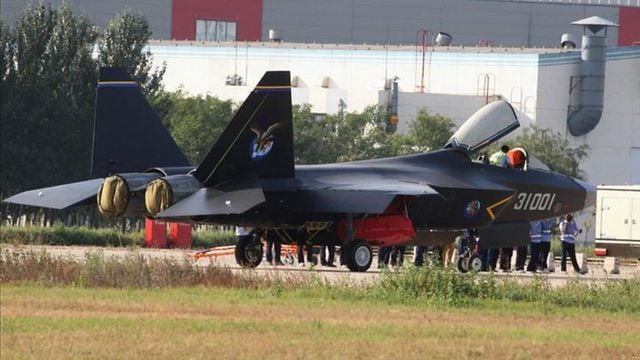 The folks at the University of Maryland’s Center for Advanced Life Cycle Engineering (CALCE) offer a fascinating look at the rich harvest of science and technology China gets from us when they host conferences. You can be sure the Chinese weapons of tomorrow arise, at least in part, from today’s scientific papers. And they raise crucial questions about whether we are looking at the right intelligence, in the right ways. A few months ago they penned a penetrating op-ed analysis for us, U.S. Companies — Not China — Pose The Real Counterfeit Parts Problem, on the real issues behind counterfeit defense parts from China.

In the first quarter of 2012, we began tracking the requests we received to present technical papers at conferences to be hosted in Mainland China. On average, we have received unsolicited requests at the rate of one per business day. As of this writing, a corroborative search on the Conference Alerts website lists over 150 high tech conferences to be held in mainland China or Hong Kong in the last half of 2012. Much about China’s science and technology objectives becomes evident by analyzing the paper topics, abstracts, and countries of origin of the presenters at these conferences.

Conference hosting is a de-facto technology transfer mechanism by virtue of the host country’s ability to attract top researchers and professionals in science and technology (S&T) from around the globe to come to their shores, share their expertise, and make contacts with high-level representatives from their own industries. Even a cursory study of S&T conference hosting in China reveals that China is accelerating advanced technological development on all fronts, including advanced materials, manufacturing, robotics, and other military and economic game-changing disciplines.

China’s developments in S&T have not gone unnoticed by the US–China Economic and Security Review Commission. The commission, created by Congress in 2000 to report on the national security implications of the economic relationship between the US and China and to suggest legislative and administrative actions to Congress, noted two key issues in a report, “Indigenous Weapons Development in China’s Military Modernization.” Understanding these issues can help us accurately predict indigenous Chinese military developments in weapons technology:

• China has increased its investment in science and technology. China’s efforts to stimulate research and development (R&D) capabilities have significantly increased its ability to produce advanced technologies and weapons systems. Furthermore, China’s increasing knowledge of dualÃ¢Â€Âuse technologies (i.e., those with both commercial and military applications) in electronics has offered significant benefits to the defense-industrial sector. Companies including Lenovo, BYD, ZTE, and Huawei are known to offer dual-use technological solutions.
• Inadequate US exploitation of openÃ¢Â€Âsource Chinese-language materials. Some of the flaws in past US analyses of China’s S&T programs could have been corrected by paying more attention to openÃ¢Â€Âsource materials from China, particularly technical journals and related publications. Increased attention to PRC media and political science publications would also improve US understanding of the views of the Chinese leadership.

These findings are certainly no surprise to scholars and intelligence analysts familiar with anecdotal data from conferences. Experts are also familiar with DoD-commissioned analyses of emerging technologies in China. Yet these DoD analyses often fail to address the development of China’s high-tech infrastructure and its ability to disrupt both US R&D and also US cooperation within the international S&T community.

Members of the US intelligence community need to have a comprehensive view of the political, economic, and industrial threat that China poses. They need to understand that the breadth, depth, and quality of Chinese S&T are enabling China to sometimes displace US soft power. For example, China’s ability to provide a significant number of scholarships for its students to study abroad and then return to China, its flooding of US universities with Chinese students, the growing number of Chinese coming to have babies in the US, the increasing number of Chinese obtaining green card status and jobs in highly technical companies, and China’s ability to court third-world students-all these factors are dramatically increasing China’s soft power.

The US Government needs to either create a new agency or clearly assign to an existing agency the responsibility to modernize the study, analysis, and prediction of future developments in the global science and technology community. The vast bureaucratic network of intelligence agencies resident in the Departments of Defense, State, Commerce, and the CIA are culturally and methodologically ossified. A new agency charged with making use of the most advanced business intelligence practices, including intelligence gathering through business persons working abroad, as well as what has become known recently as “big data” mining, can better address the gap in predictive assessment noted by the US–China Economic and Security Review Commission.

As for human-intelligence gathering from business executives, foreign countries have used this for decades to advance technology transfer. In the early 1980s, US military microwave and millimeter wave components were purchased by Israel only to be reverse-engineered and improved upon. That process later formed the basis for many future Israeli developments that have made Israel the powerhouse of advanced electronics that it is today. Going back even further, diplomatic intelligence gathering by business persons helped defuse the Cuban Missile Crisis and negotiate the unconditional surrender of Japan in World War II. Both activities were accomplished through “back channels” which involved ties to international businesses and real-world human networks.

As for applying technology to the intelligence-gathering process, over the last decade data mining, text analytics, and predictive analytics have evolved into a sophisticated set of disciplines applied to various industries such as intelligence analysis, insurance and financial modeling, and consumer marketing, to name only a few. The emergence of massive data storage systems and cloud computing has enabled increasingly more powerful and lower cost text and predictive analytics to become commonplace in industry.

A typical application of text analytics is to scan a large set of documents written in a natural language and either model the document set for predictive classification purposes or populate a database or search index with the information extracted. Data mining as a component of predictive analytics entails the analysis of data to identify trends, patterns, and relationships in the data. This information can then be used to develop a predictive model. Predictive analytics relies on statistical methods and increasingly sophisticated, application-specific algorithms to enable organizations to determine trends and relationships that may not be readily apparent. Predictive analytics is rapidly evolving to enable increasingly accurate prediction of future trends, events, and behaviors. Almost every major retailer, from grocery chains to investment banks to the US Postal Service, has a “predictive analytics” department devoted to understanding not just consumers’ shopping habits but also their personal habits so as to more efficiently market to them.

In short, an infusion of modern techniques, business practices, and cultural changes in the intelligence community is required to ensure US military and economic prowess as the shift in the balance of power toward the Asia-Pacific region accelerates in response to the acknowledgment of China’s ascension as a major global power. If business and consumer marketing has been able to make use of “big data” to make accurate predictive assessments in global consumer preferences and activities, there is no reason that the US intelligence community cannot make practical use of the same techniques and cultural changes to study Chinese S&T developments and their possible impact on economic developments, new disruptive technologies, and military balance of power.