US Navy Is NOT Ready For Major War: Ex-Skippers, Bob Work 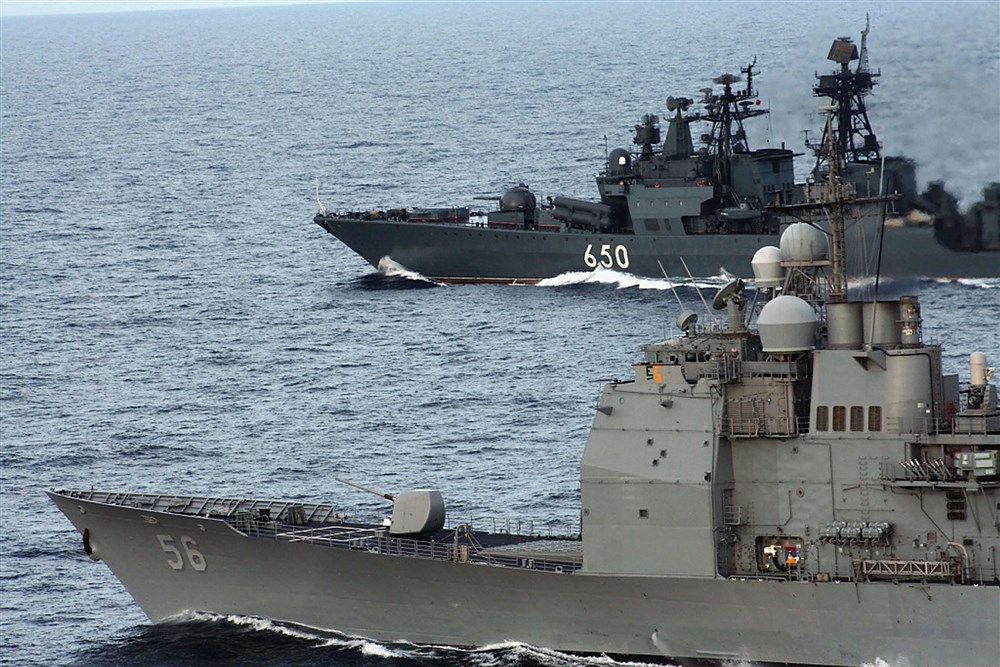 WASHINGTON: The US surface fleet may not be adequately trained for high-intensity combat, four experienced former skippers and the former deputy secretary of defense warned a US Naval Institute conference here on Monday.

“Navigation and seamanship, these are the fundamental capabilities which every surface warfare officer should have, but I suspect if called to war, we’ll be required to do a lot more than safely navigate the Singapore strait,” where the destroyer USS McCain collided with an oil tanker, said retired Capt. Kevin Eyer, former skipper of the cruisers Shiloh, Chancellorsville, and Thomas Gates. “If our surface forces are unable to successfully execute these fundamental blocking and tackling tasks, how can it be possibly be expected that they are also able to do the much more complex warfighting tasks?” 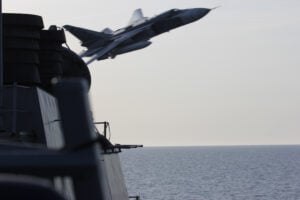 This summer, the Navy lost 17 sailors and crippled two destroyers in peacetime accidents, a clear sign the fleet has been run ragged by day-to-day demands to show the flag around world. The fleet, argues former Deputy Defense Secretary Bob Work is demonstrating presence at the expense of training for high-intensity warfighting.

What are some of the effects? When officers join the Naval War College’s elite Halsey Group that studies high intensity warfighting, Work said, they need remedial briefings on the full capabilities of the very systems they’ve been using at sea.

“When they get new people coming in from the fleet, the have to spend a lot of time trying to tell them this is what the Aegis combat system can do, this is what the RAM, the Rolling Airframe Missile, can do,” Work said. “We are not prepared anywhere near what we need to be.”

While the US Navy has hunted pirates and fired Tomahawks at static targets, a conflict with a near-peer navy like Russia’s or China‘s, or even a well-armed regional power like North Korea or Iran, requires those specialized skills that sailors and skippers have had little chance to practice.

Tomahawk launch from the USS Normandy

“I have full confidence that every Aegis ship can go out there and engage airborne targets,” Eyer said, referring to the anti-aircraft and anti-missile system standard on destroyers and cruisers. But intercepting ballistic missiles like North Korea’s is an even more demanding task requiring special training that many crews may not have.

“Every time a ship gets prepared to do a SM-3 shot, quite literally, a team of rocket scientists comes on board and they groom the system,” Eyer said. “If we took all the BMD-capable ships in the fleet out and we lined them up, and North Korea launched something, how many of them could successfully engage?”

The Navy used to have a special Aegis training command to help sailors learn how to get the most out of the complex system, recalled retired Vice Adm. Peter Daly. That command is gone now, and key training for the task has been truncated. Daly knows what he’s talking about. He commanded the destroyer Russell, Destroyer Squadron 31, and the Nimitz Carrier Strike Group, and is now CEO of the US Naval Institute.

Live-fire training has also been cut back, Daly said, gesturing at the three panelists: “There’s people up here who fired 20, 25 Standard Missiles or Tomahawks (in training). We’ve done things in the fleet like eliminate the proficiency missile firings.” 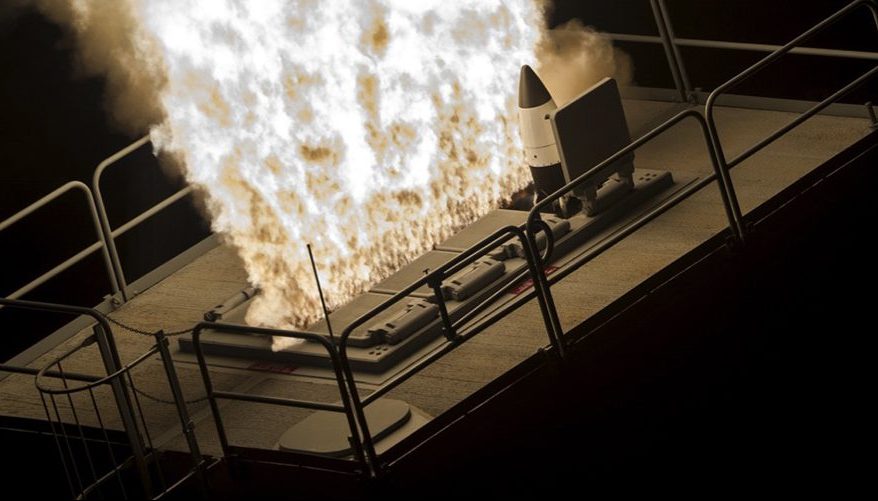 Even conventional anti-aircraft warfare (AAW) and anti-submarine warfare (ASW) skills aren’t being trained as intensely as they once were, said Capt. Gerry Roncolato, who commanded the destroyer Sullivans and Destroyer Squadron 26. “Anybody in this room,” he asked, “when was the last time we had an unconstrained ASW exercise, (where) you go with an unalerted sub, an unalerted surface ship, you’re given a mission, you can fire as many torpedoes as you have, you have to win. We don’t do that.”

“Same thing goes for air defense exercise that is unconstrained and unalerted — we don’t do it,” Roncolato continued. “There are lots of reasons we don’t do it, not the least of it is that it’s expensive, people get hurt.”

By contrast, Roncolato said, in the cash-strapped years before World War II, the Navy still did great work preparing for major war — because that was its overriding focus. Except for the Asiatic Squadron, the fleet wasn’t committed around the world, so almost all of it was available for annual “fleet problems” where they could wargame major conflicts. 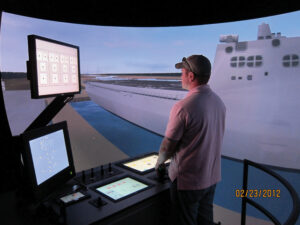 That’s something “we can’t do today because of our operational commitments,” Roncolato said. “But we could do it if we built the right kind of networked capability.” The Navy already has simulators and training systems for all kinds of equipment, he said: Why not link them together and let them interact in a shared virtual battlespace?

Training is getting better, argued John Cordle, former captain of the destroyer Austin and the cruiser San Jacinto. After past reviews, for example, the Navy reestablished its shuttered Surface Warfare Officers School and beefed up Aegis training. “Those things are coming back,” he said, “but….it’s generational.”

Since 1991, Work said, the Department of Defense evolved into a “Department of Shaping,” more concerned with “shaping” the environment to avoid a war than preparing to fight a war. All ready forces were committed to Iraq, Afghanistan, or counterterrorism and partnership exercises around the world, with no surge force in reserve and ready to react instantly to aggression.

“We could accept that in a period with no great power competition,” Work said, but not now. “In this period of time, we have to rededicate ourselves to (being) a warfighting navy.”