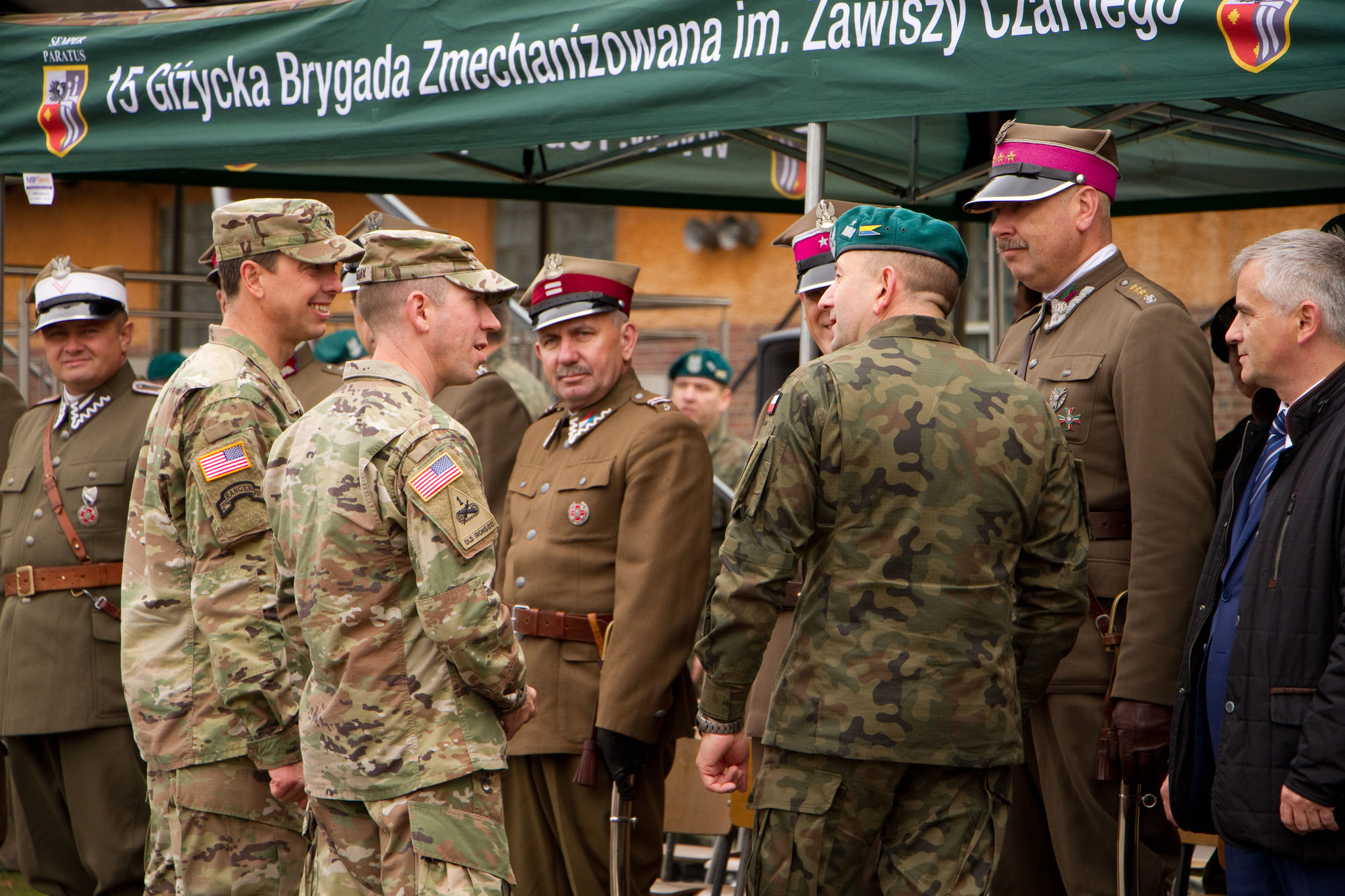 American and Polish soldiers during an exercise at a Polish base.

WASHINGTON: The White House will make “a significant announcement” tomorrow when Polish President Andrzej Duda visits President Donald Trump in Washington, where the two are expected to announce a deal that will send more US troops to Poland, and possibly more military hardware.

The announcement “will involve our security relationship and force posture,” the official told reporters, adding the deal will represent “a new facet of our military to military relationship.”

The administration official declined to provide more details, saying they did not want to get out in front of President Trump, who loves big, splashy announcements.

But in an interview with Reuters released Monday, Duda gave some hints as to the contours of the deal.

There will likely be a strengthening of US logistics capabilities, command and control, an increased special forces presence, and, possibly, a drone airstrip, he said in the interview. Overall, the agreement represents “an increase both in quantity and in quality” of US commitment to Poland.

Duda’s nationalist Law and Justice party has, like Trump, expressed a distrust of the European Union, and has slammed large multilateral trade deals as being unfair to Poland. He has also spent heavily on American-made military gear, something the Trump administration has put at the top of it’s international to-do list.

When he last visited the US in September, Duda suggested naming a new base after Trump and offered $2 billion in funding for it.

While a large new base appears unlikely, Polish officials in recent days have said the talks about establishing a permanent US presence in Poland have already wrapped up, with only some technical details left to hammer out.

There are currently around 4,000 US troops in the country deployed on a rotational basis, a number that Warsaw not only want to increase, but to be locked down as a permanent.

In another sign of Poland’s desire to look West, Polish Defense Minister Mariusz Blaszczak announced in May his government had sent a letter of request to Washington to buy 32 F-35A aircraft to replace the remaining Russian planes in its fleet.

Blaszczak, along with US defense officials, traveled to Eglin Air Base in Florida this week to see the F-35 in action and continue discussions on a possible purchase, the administration official confirmed.

Earlier this year, Poland agreed to buy 20 HIMARS rocket launchers for $414 million, and in March inked the largest arms deal in its history — slapping down $4.7 billion for the Patriot missile system. Additionally, a second Aegis Ashore radar system is set to become operational next year, joining the Aegis site already active in Romania.