US Should Stand Off In Syria; Not A Core Interest 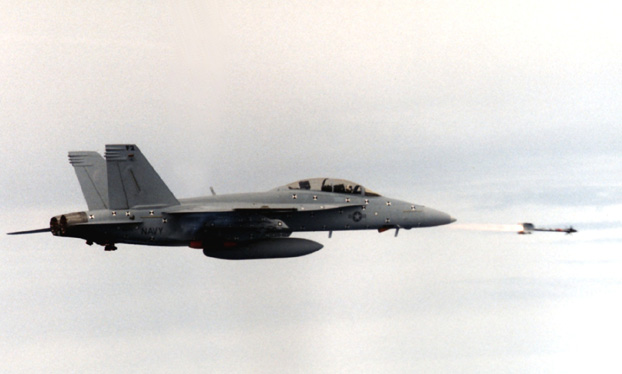 After a U.S. F-18 shot down a Syrian fighter-bomber last week, Assad’s ally, Russia, declared that it would consider shooting down any U.S. aircraft west of the Euphrates river. The White House defiantly declared the US would defend itself if attacked. Risking a war with a nuclear power over a Syrian policy that does not advance core American interests is foolhardy. We must make an immediate change in strategy.

The overriding imperative for the U.S. Government is to ensure the security of the U.S. Homeland and its people abroad. Secondly, it is to expand global trade and improve the domestic U.S. economy. While fostering and encouraging the spread of democracy abroad remains a U.S. interest, it is not a core interest on par with the first two. Given these criteria, our current Middle East and Syria policies require considerable and immediate adjustment.

The primary justification for U.S. involvement in the Syrian civil war is the requirement to destroy Daesh’s (aka the Islamic State) self-proclaimed capital of Raqqa. To accomplish that goal, the Pentagon supports indigenous forces with airpower and select U.S. ground troops. But even if that goal were one day accomplished, it would neither solve the civil war nor remove the threat of Islamic terrorism to the United States. The region is a volatile, violent mix of a myriad of aggressive and competing interests.

Ansar al-Islam, al-Nusra, al-Qaeda, Daesh and numerous other violent Islamic terror groups will continue to operate in Syria and seek to expand globally, regardless of the Raqqa outcome. Yet some in the United States continue to believe that the security situation will stabilize there if Daesh is driven out of Raqqa.

Effective U.S. policy can only be formed if we acknowledge this highly complex and volatile mix of competing forces. Even a cursory examination makes it abundantly clear that Daesh is only one of a myriad of factors at play in Syria and the greater Middle East. Even if they are completely destroyed – and the loss of Raqqa will not accomplish that objective – the cyclone of the remaining constituents will continue churning without pause. It is necessary, therefore, to step back and consider what are the true American national security interests in the region and decide what policies have the best chance of securing those interests.

If the United States were to engage again in aerial combat with a Russian jet, the risk of conflict with a major power becomes acute. Adding a spark to the already tense relationship could result in escalatory measures that quickly get out of control.

It is time for hard, but proper choices to be made. As events of the past several decades have conclusively proven – and painfully reinforced throughout the Middle East since 2011 – the United States cannot impose a political solution by military means, period, full stop. The challenges faced by that region are far more complex than even this short article can convey. The only path to stability will be found by those who have to live with the results.

We can and should actively engage diplomatically with any party in the Middle East that seeks a reduction in violence if that accomplishes our national security priorities.  The U.S. should also increase humanitarian aid to those in dire need, further advocating for freedom throughout the world.

What must be studiously avoided, however, are any actions or policies that place at risk American security or inhibits global trade. Taking actions that could lead to any level of hostilities between Washington and Moscow would harm core American interests, possibly gravely, and must therefore be prevented.

It is praiseworthy that American policymakers want to end the suffering of so many in Syria and Iraq, and seek to eliminate the terror threat of ISIS. But more than two decades of clear policy failures and an analysis of the current convoluted environment makes it clear that a major change of policy towards Syria and the Greater Middle East are necessary. If the Trump Administration is to defend the country’s core interests, those changes must be implemented right away.

Daniel Davis, a former Army lieutenant colonel who retired in 2015, is a defense expert at the Washington thinktank, Defense Priorities.