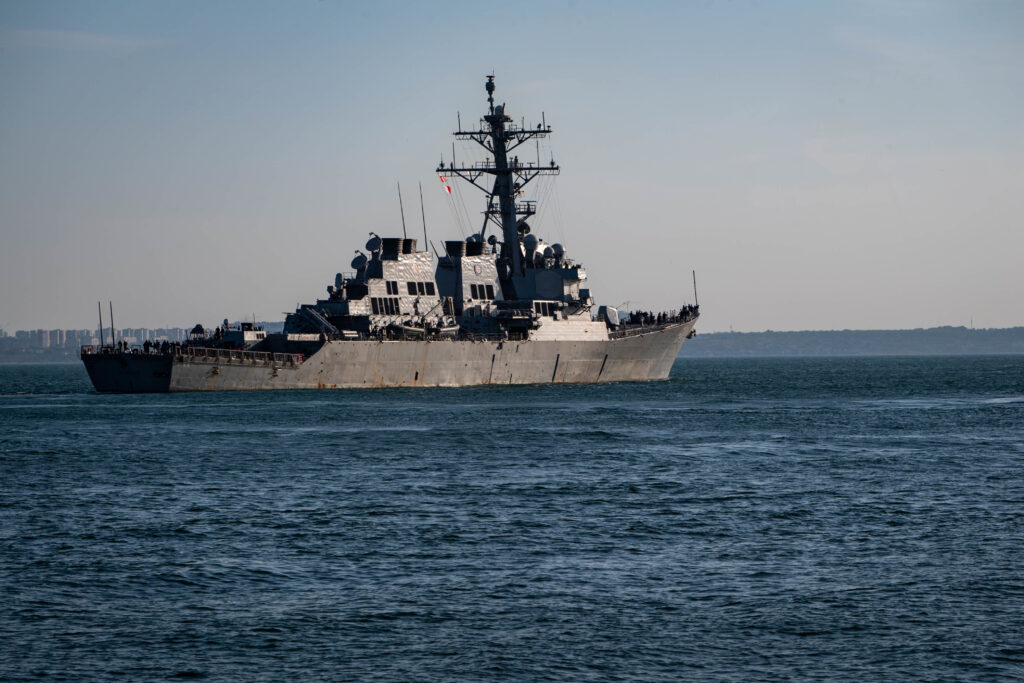 WASHINGTON: As tensions rise between Russia and Ukraine on the Black Sea, the US is upgrading several Ukrainian naval bases to give American and NATO warships the ability to dock just miles from Russia-controlled Crimea.

Centered at the Ochakiv Naval Base and the military facility at Mykolaiv — 40 miles east of Odessa and less than 100 northwest of Crimea — the American-funded effort includes reinforcing and upgrading existing piers and adding a new floating dock, security fencing around the bases, ship repair facilities, and a pair of brand-new Maritime Operations Centers from which Ukrainian and NATO forces can direct exercises and coordinate activities.

The upgrades come after last November’s incident where Russian warships fired on and seized three Ukrainian navy vessels in the Kerch Strait between Russia and Ukraine. Russia is still holding the crews. 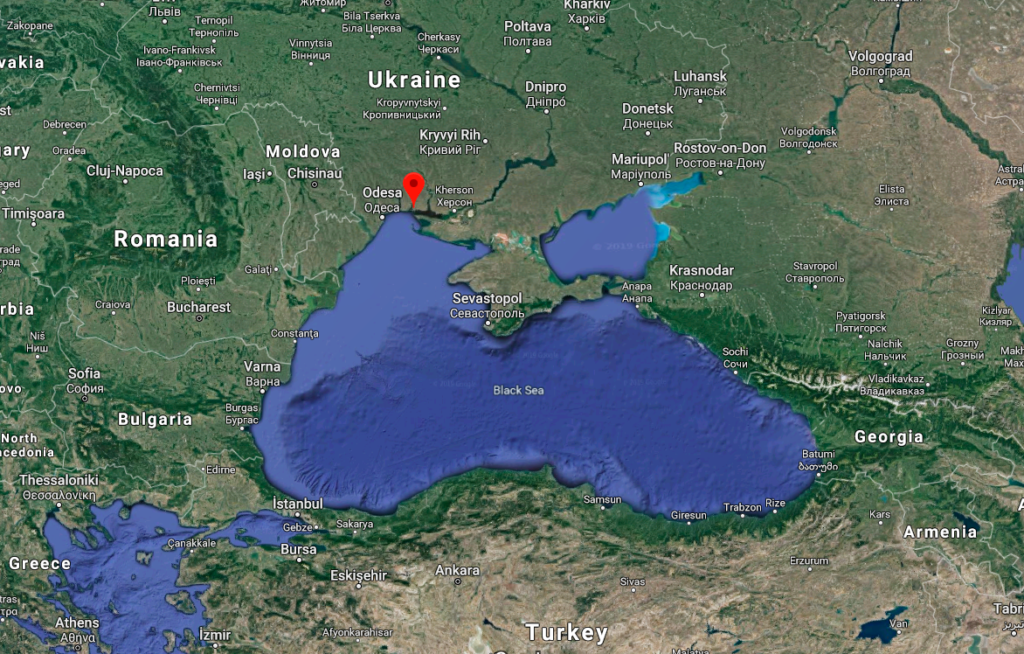 The US is building up Ukraine’s bases at Ochakiv and Mykolaiv (marked) on the Black Sea coast, west of Russian-occupied Crimea.

The new American effort in Ukraine will likely rankle Moscow.

Since the Cold War, “the Russian military command has always held the fear that one day Ukraine would leave Russia and eventually there would be a NATO naval base on Moscow’s doorstep,” said Michael Kofman, an expert on the Russian military at CNA in Washington. “That fear led to Russia seizing and annexing Crimea, from which they could contest practically the entire Black Sea.”

While Ukraine isn’t a NATO member, it does receive training from NATO forces and is currently hosting the annual Sea Breeze exercise that includes US and allied warships and several hundred Marines.

The exercise and the US support comes in direct response to Russia’s military buildup in Crimea. Since taking it by force in 2014, Moscow has sent some of its most advanced military kit to the peninsula, including five S-400 anti-aircraft battalions, ten warships, six Kilo-class submarines, and new fighter aircraft, thereby allowing Moscow to project power across the Black Sea.

Romania, which sits just 150 miles across the water from Crimea, is buying the Patriot air defense system from the US, and Romanian and American forces recently held a series of air defense drills in the Black Sea that simulated shooting down drones.

Russia’s moves haven’t gone unnoticed in the rest of Europe.

While visiting Washington earlier this year, NATO Secretary General Jens Stoltenberg said the alliance was discussing “what more we can do to enhance our security in the Black Sea region,” adding the allies had already agreed on “a package of measures to improve our situational awareness, and to step up our support for both Georgia and Ukraine.” The focus will be on training of maritime forces and coast guards, along with increased port visits and exercises.

A majority of the effort is taking place at the Ochakiv, which has seen a series of visits from US Navy construction teams over the past few years. The work at Ochakiv won’t be wrapped up until August, Lt. Spencer Bull, operations officer for Underwater Construction Team 1 currently in Ukraine assessing the piers, told me. “The intent is to be able to use it for US and allied exercises,” he said, adding that his team of divers will work to reinforce existing piers, map out the seafloor to make sure bigger ships can dock there, and discuss where to place the planned floating dock. 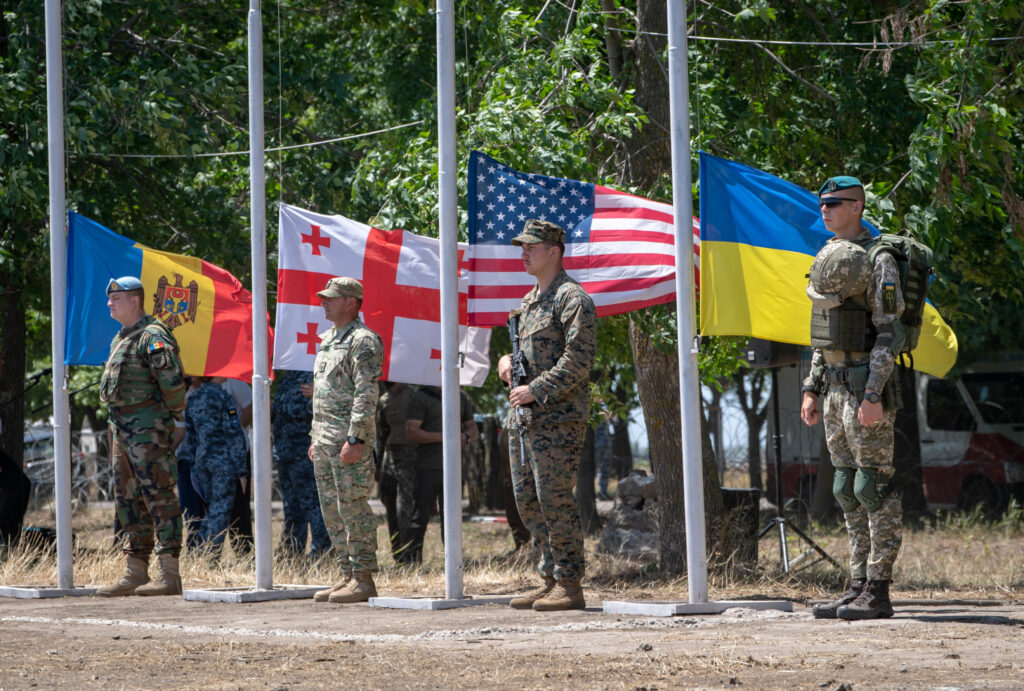 All of this is happening in conjunction with the annual Sea Breeze exercise in Ukraine and the Black Sea. Over the past week, guided missile destroyer USS Carney and expeditionary fast transport USNS Yuma entered the waterway, transits which will no doubt be followed keenly by Russian forces operating nearby.

The arrival of Carney marks the fifth US ship to visit the Black Sea in 2019, and the first since the guided missile destroyer USS Ross was there in April. While there, the Ross participated in three interoperability exercises with the Bulgarian Navy, Georgian Coast Guard, and Turkish Navy.

As part of Sea Breeze, the US Navy has also deployed a contingent of Marines, Navy divers, and a P-8A Poseidon maritime patrol aircraft. They’ll work with warships from Ukraine, Romania, Bulgaria and Turkey, all of which are part of Standing NATO Maritime Group Two.

The ongoing NATO maritime exercises with Ukrainian forces in the Black Sea “seek to build combined capability and capacity in order to improve regional security and stability,” Lt. Cdr. Amelia Umayam, a 6th Fleet spokeswoman, told me in an email. “Our exercises in the Black Sea serve as a venue to work side-by-side with allies and partners to deter aggression and enhance our ability to work together.”

The size of the US presence in the Black Sea will always be limited to the confines of the Montreux Convention, which limits the ship size and length of stay in the waterway of any warships from non-Black Sea nations. The aggregate tonnage of all non-Black Sea warships in the Black Sea must not exceed 30,000 tons and can only stay up to twenty-one days.

While there are limits to the American presence in the waterway, having new port facilities in Ukraine will allow US and NATO warships to sail, and dock, closer to Crimea than ever before, however. And the dual Maritime Operations Centers will give the Ukrainians the ability to track Russian activities while putting some US observers in the seat while American ships operate in the Black Sea.

The USS Carney’s visit to the Black Sea “reaffirms the US Navy’s commitment to this vital region,” Vice Adm. Lisa Franchetti, commander of U.S. 6th Fleet, said in a statement. “In this dynamic security environment, our naval forces throughout Europe remain steadfast and continue to operate routinely with our allies and partners in the Black Sea.”