US Wants Allies To Do More In Gulf; But They’re Already There 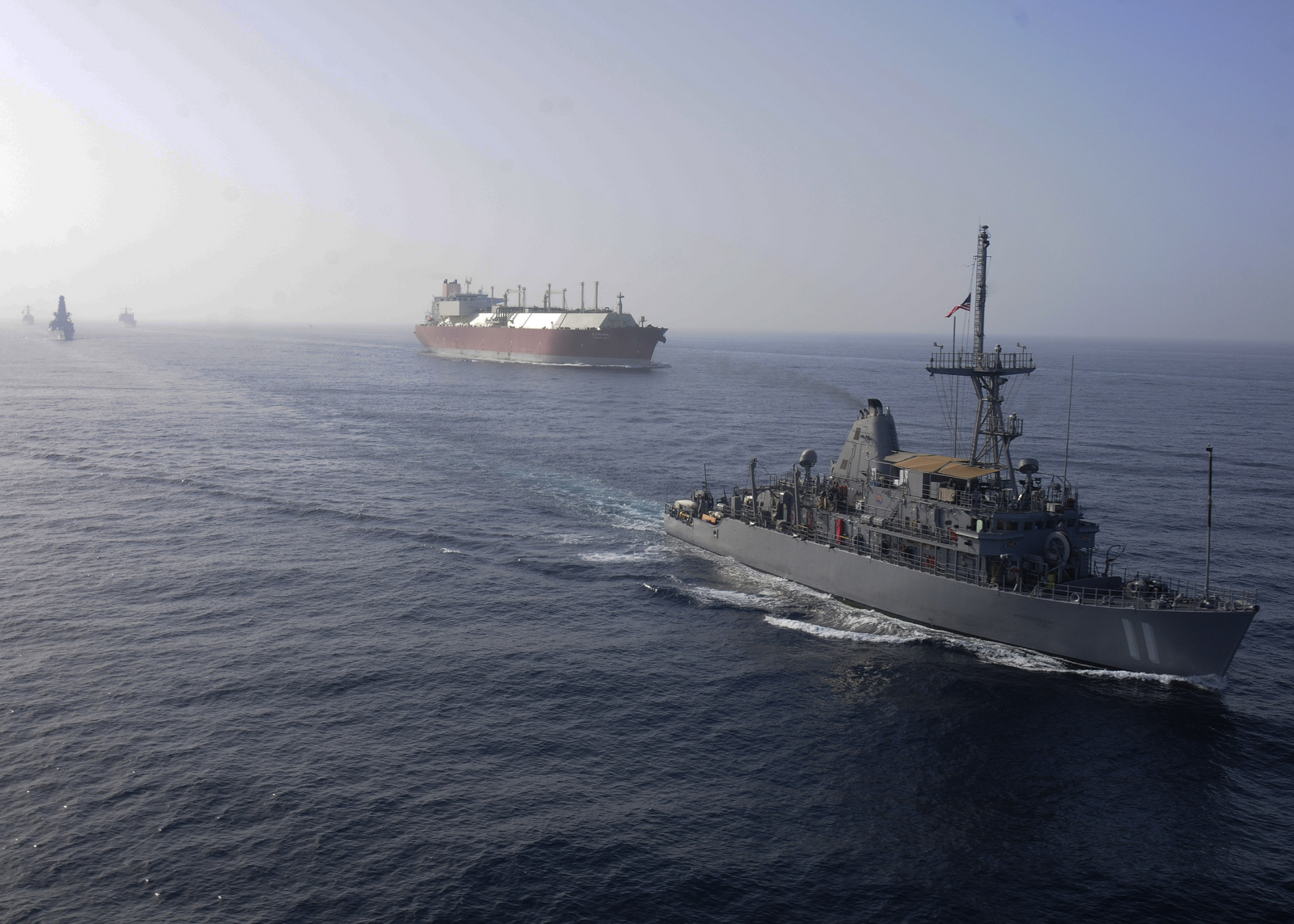 Warships practice escorting a tanker through the Persian Gulf.

WASHINGTON: A day before President Trump tweet-threatened Iran with “obliteration,” his Secretary of State was in the Middle East rallying support for what’s being billed as a new maritime coalition to keep watch on Iranian activities in the Persian Gulf.

The project, dubbed ‘Sentinel,’ is “not about shooting at people,” a State Department official told reporters traveling with Pompeo. Rather, “it’s about shooting pictures of Iranians. It’s about proactive deterrence because Iranians just want to go out and do what they want to do and say, ‘Hey, we didn’t do it.’ We know what they’ve done.”

Keeping with the Trump doctrine of demanding allies do — or pay — more, Pompeo told Abu Dhabi Crown Prince Mohammed bin Zayed Monday he’s looking to get the UAE, Saudi Arabia and another 20 countries involved. “We’ll need you all to participate, your military folks,” he said. “The president is keen on sharing that the United States doesn’t bear the cost of this.”

Part of the effort would include equipping commercial ships with cameras or monitoring devices to keep tabs on Iranian activity, while having military ships escort some tankers through the Strait.

If the Pompeo initiative sounds familiar, it’s because most commercial ships are already equipped with cameras, and since 2004 the US has overseen the operations of a 33-nation coalition to do the maritime security mission US officials spent the first part of this week saying they were looking to build.

For the past 15 years, Combined Task Force 152, based out of the US naval facility in Bahrain, has coordinated the efforts of allies stretching from Norway to Singapore to protect shipping in the Persian Gulf, the Strait of Hormuz and Gulf of Aden, allowing millions of barrels of oil to be pumped and shipped into the global economy daily.

Given the longstanding nature of the coalition, naval analyst Bryan Clark said, the new Pompeo-led push “seems like more of a political initiative or PR campaign that doesn’t really add anything to what is already happening.” Clark added however, that so far it’s not clear what the proposed ‘Sentinel’ effort would entail. “CTF 152 its a fully operational system and maybe we need to beef that up,” he said.

The Navy would not comment on Sentinel, and the US 5th Fleet, based in Bahrain, did not respond to a query about what role it would play in the new effort. The International Maritime Organization also did not respond by press time to a question about placing more surveillance assets on commercial ships.

Pompeo told Zayed this week he wants to “make sure that we are all strategically aligned, and how we can build out a global coalition…not only throughout the Gulf states, but in Asia and in Europe” that can counter Iran.

On the European front, acting Defense Secretary Mark Esper told reporters traveling with him to Brussels for a NATO meeting on Tuesday he’s looking for European support for a “range of activities we may think merit participation to help, again, deter conflict [with Iran] and show that we’re resolute.”

Several NATO allies already contribute to TF 152, but there will likely be plenty of discussion in Brussels this week about Iran and their activities in the Gulf at the annual NATO summit.