US ‘Will Lose Ability To Project Power’ In 5 Years If Hill Doesn’t Act: CJCS 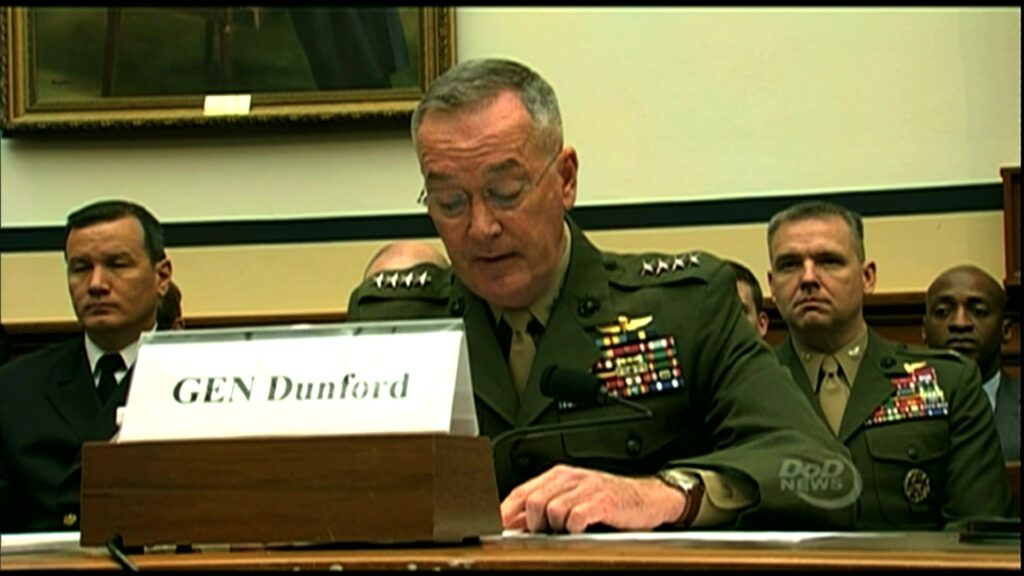 WASHINGTON: The United States, guarantor of the current world order, will lose the ability to maintain that role in five years unless something fundamental changes on Capitol Hill, Gen. Joe Dunford, chairman of the Joint Chiefs of Staff, told Congress at an extraordinary Monday evening hearing.

Dunford made it personal, saying “…without sustained, sufficient, and predictable funding I assess that within 5 years we will lose our ability to project power; the basis of how we defend the homeland, advance U.S. interests, and meet our alliance commitments.”

Why? It’s simple, really. “The Budget Control Act (BCA) has forced the Department of Defense (DoD) to operate with about $450 billion less than planned and required. These reductions have been aggravated by repeated Continuing Resolutions (CR) which hamper long-term investment and often result in increased costs,” Dunford testified before the House Armed Services Committee at the first of the annual budget posture hearings for the 2018 request. “For nine of the last ten years, the Department of Defense has operated under some type of CR, delaying critical new starts, deferring installation and infrastructure modernization, and canceling major training events. A year-long FY18 CR would cut $33 billion from the Department’s request, further exacerbating these problems.”

If you want to be nasty and boil that down, he’s telling Congress that it’s their fault the United States will no longer be the world’s global power because they can’t do their jobs and pass annual appropriations bills or break the agonizingly long impasse over the too honestly-named Budget Control Act, fondly known in shorthand as sequestration. There’s time to fix things, but not much.

Defense Secretary Jim Mattis told the HASC it will take 3 to 5 percent increases each year to start making a dent in our current situation. The 2018 budget request is essentially a stabilizing move to make sure things don’t get worse, he told Congress. Later in the hearing, in response to Rep. Mike Turner ripping off a series of questions about what the US cannot do today, Mattis said the “real growth” in Pentagon budgets will come in the out years, 2019-23. He said President Trump knows the Pentagon needs more money. “We have his (the president’s) support on this,” Mattis said. 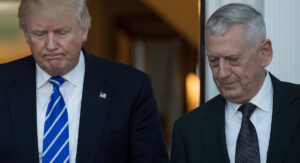 Still, lawmakers from both parties were skeptical throughout the hearing. Rep. Adam Smith, the tart-tongued ranking Democrat on the HASC, said the House needs a bill on the floor to repeal the BCA and he asked Mattis if he thought a repeal vote was the right thing to do. The Defense Secretary chuckled and agreed.

HASC Chairman Mac Thornberry, who is clearly not a big cheerleader for President Trump’s administration, pressed Mattis and Dunford about a fundamental issue. Does the 2018 budget address President Trump’s pledges to build a 355-ship Navy, increase the size of the Army and Marines, build up the Air Force’s squadrons and, though Thornberry didn’t say it, make America great again? The 2018 budget, Thornberry said, “does not really advance any of those goals, does it?”

Later on in the hearing, Mattis offered a good line on the budget, saying “we can’t just put a marker down in one year” to cover the decade of damage wrought by the BCA and the absence of spending bills. So, the answer is — no.

But the larger strategic issue is, do our enemies now think our military is fading and can be challenged? Dunford’s answer to this was to note “the perception of strength” has a lot to do with why wars start. He did say “it’s fair to say” our allies “have concerns about that.”

The round of 2018 budget posture hearings continue at 9:30 a.m. Tuesday morning at the Senate Armed Services Committee. Extend your sympathies to Mattis and Dunford.