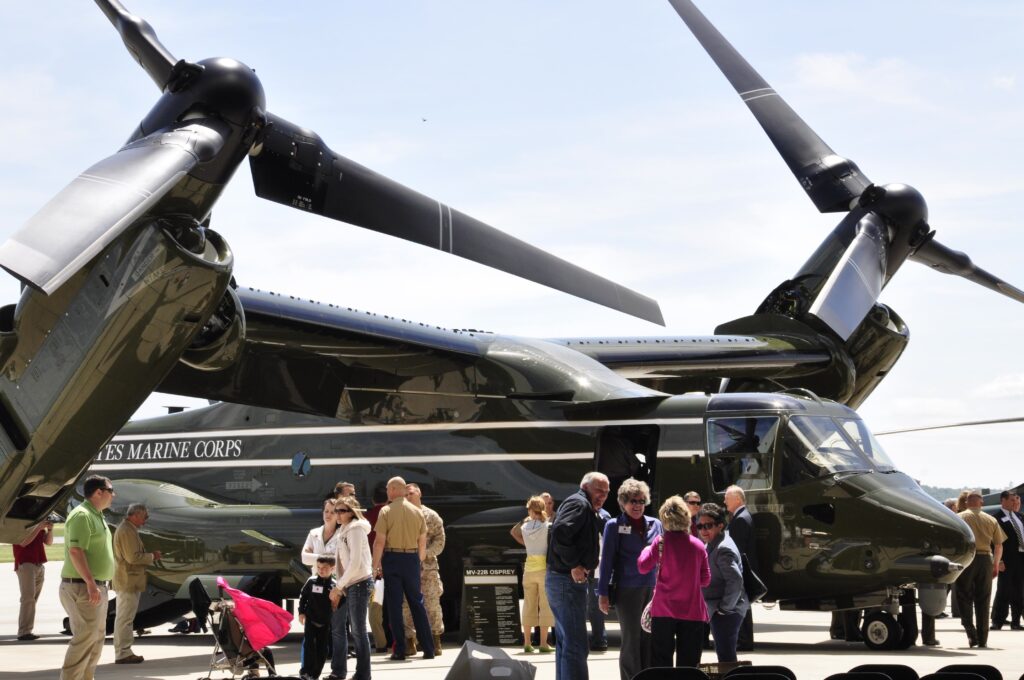 SEA-AIR-SPACE: At least one important operating unit of the V-22 is sustaining impressive readiness rates “in the high 80s,” according to Col. Dan Robinson, the new program manager. But Robinson, asked by me and some of my colleagues, also said he didn’t have fleet-wide numbers and offered some unconvincing chatter about different units having different rates and how you can slice those numbers lots of different ways.

Given the intense criticisms of the V-22 in past years for its relatively low readiness rates and high cost per flying hours, one might have reasonably expected questions about this, especially in light of the classified report in October last year by the Pentagon Inspector General that found:

That report has not been leaked or declassified and the Marines did immediately reject the findings, saying the V-22 tilt rotor aircraft has deployed and flown “with properly trained and equipped combat ready Marines and mission capable aircraft” over the last six years.

On the foreign sales front, Robinson said eight to 10 countries are “very interested” in the V-22 but he would only talk a bit about Israel. Defense Secretary Chuck Hagel said last year he would fast-track approval for sales of V-22s to Israel. Robinson said a US team is in Israel discussing terms. At the Paris Air Show last year, then-program manager Marine Col. Greg Masiello said costs were down to $9,520 an hour. “In 2010 we have had a 28 percent increase in readiness; at the same time we’ve had a 19 percent decrease in maintenance costs, as measured by cost per flight hour,” an obviously pleased program manager told me when I asked him for the latest numbers. Massiello also said he envisioned sales of up to 100 foreign V-22s.

Some eight of 12 presidential squadron V-22s were delivered last year, Robinson said. The first one delivered flew here to the bleak land of National Harbor for the Navy’s big Sea-Air-Space conference this morning.