When Washington heavyweights like Peter Levine, former Democratic staff director of the Senate Armed Services Committee, and Bill Greenwalt, former deputy undersecretary of Defense for industrial policy and longtime Republican acquisition expert on the SASC, say you got something wrong, people listen. That is especially the case if you were the folks who Levine and Greenwalt say got it wrong. So, the chairman and executive director of the 809 Panel, criticized by said heavyweights in a recent op-ed Breaking Defense published, herewith provide their rebuttal. Read on! The Editor.

Peter Levine and Bill Greenwalt misconstrue aspects of the 809 Panel’s report and the work of others who influenced the panel’s thinking, and fail to recognize that there are problems plaguing the big “A” acquisition system that go beyond the procurement related laws and regulations.

Our proposal of implementable solutions to the real problems facing the acquisition system set the stage for a constructive debate over how to modernize the system and more effectively procure products and services that are readily available in the private sector marketplace. This ‘radically new approach’ is only new to federal procurement. It is a reflection of how successful companies manage and grow their supply chains 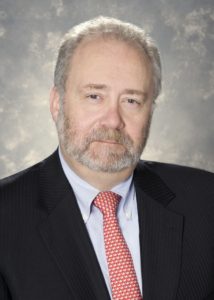 What the two authors describe as a “contradictory and incoherent legislative approach” taken by the panel is actually a two-step process for modernizing the way DoD buys what is available in the private sector marketplace that has dramatically changed since the authors helped reform commercial buying in the early 1990s.

Greenwalt and Levine agree that the statutory definition of what DoD can buy using simplified commercial buying procedures represents a “narrow, buyer’s perspective of commercial items.” However, instead of supporting the panel’s vision for replacing the overly complicated commercial buying authorities with a much simpler and less burdened approach, the authors argue that the panel should have just examined how to expand the existing definition and reviewed the applicability of FAR and DFARS clauses when DoD buys commercial items.

In the panel’s mind, that is the first step to fixing the problem, and this work was started in Volume 1 of the panel’s Final Report. Evolutionary changes are needed now, such as expanding Commercial Off The Shelf (COTS) statutory relief to all commercial items, expanding the definition of what is considered commercial to appreciate advancements such as additive manufacturing, and stripping out all government-unique clauses unless Congress specifically directs otherwise.

Refusing to stop at making the existing system adequate for today’s marketplace, Recommendation 35 in Volume 3 offers a longer term solution: a new way for DoD to do business when acquiring everything except weapon systems that only defense departments develop and procure. This revolution will take time to implement but will give DoD the advantage it needs in tomorrow’s dynamic marketplace.

It took Congress 559 words, over half the length of this op-ed, to define commerciality, yet Greenwalt and Levine blame DoD’s failure to implement their vision as the reason the government trails the private sector by a decade or more in access to commercial innovation. It is no wonder DoD has struggled to implement such a convoluted and caveat-laden attempt to define commerciality, when all that should matter is whether the product or service is readily available and subject to market forces beyond just the defense marketplace. 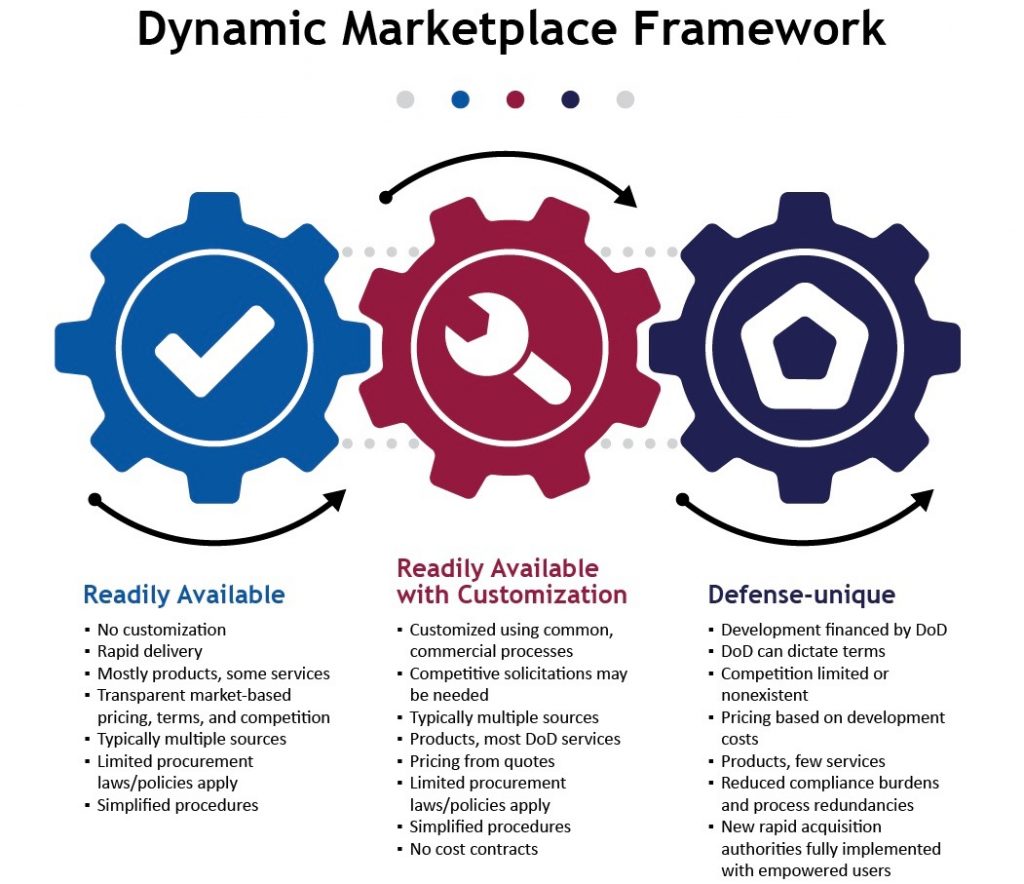 The idea of adding another layer to an already complex definition is not the answer. In the aerospace industry, for instance, very few products will neatly fit into buckets labeled “privately funded development” or “DoD funded development.” If the current state of the commercial item definition is any indicator, this “solution” would likely create a whole new cottage industry of funding tracers quick to point out that a product available in the private sector marketplace may have evolved from a product developed by DoD.

Greenwalt and Levine take shots at the panel’s revolutionary dynamic marketplace concept, saying it “fluctuated wildly over time.” In truth, the panel’s thinking evolved, but never wavered from a desire to enable DoD to buy as other buyers do in the private sector marketplace. The panel ultimately provides what Greenwalt and Levine do not: a solution for effectively reforming the government’s 25-year-old commercial buying paradigm that includes research-based analysis and draft implementing language.

In the end, the Section 809 Panel’s findings do not support Greenwalt and Levine’s assessment that the existing commercial definition enables DoD to buy a “broad array of commercial items under streamlined procedures” and has “the advantage of 25 years of practice and precedent.” What the panel found is that 25 years of practice and precedent have not resulted in what the authors intended, despite multiple reforms over the years. But they suggest Congress keep doing the same thing and expect a different result. The authors and the Section 809 Panel agree that a significant change is necessary for DoD to remain competitive, and that DoD cannot overly rely on workarounds like Other Transaction Authority (OTA) to access the innovation it needs. The panel’s two-step approach to reforming DoD’s access to the private sector represents a significantly faster and less complicated way forward.

David Drabkin, chair of the Section 809 Panel, previously served as the senior procurement executive and deputy chief acquisition officer of the General Services Administration and as the assistant deputy Defense undersecretary for acquisition reform and acquisition process and policies.  Lt. Col. Sam C. Kidd is executive director, general counsel, and senior research analyst at the panel. The opinions expressed do not reflect the official position of the Defense Department.