‘We’ve Got To Continue To Engage’ China: CNO Richardson

WASHINGTON: Despite rising tensions in the South China Sea, the US Navy’s top admiral says his Chinese counterparts “by and large” behave professionally, not provocatively, when the two nations meet at sea. And precisely because of those tensions, Adm. John Richardson said, it’s all the more important to emphasize cooperating with China, not confronting it.

Indeed, while Richardson carefully avoided making policy statements, he sounded much more optimistic about China than either Russia or Iran, whose forces have made dangerously close approaches to US ships in recent weeks. He also downplayed the danger posed by the long-range sensors and missiles — so-called Anti-Access/Area Denial (A2/AD) systems — that all three countries are building, saying that keeping US forces at bay remained “an aspiration” for America’s adversaries, rather than a reality they could deliver. 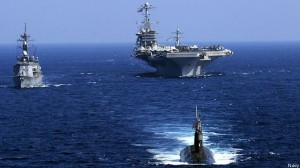 When it comes to China, “first and foremost, I think we’ve got to continue to engage,” Richardson said this morning at the left-leaning Center for American Progress. The US and China have common interests, such as combatting piracy, which is on the rise in the South China Sea even as it wanes off the Horn of Africa, he said. “(In) areas where we don’t necessarily agree, (such as) destabilizing, provocative types of behaviors in the South China Sea,” Richardson continued, the goal is “to continue to move towards some kind of compromise resolution (and) do everything we can to minimize the risk involved in the relationship.”

Richardson has met with his Chinese counterpart, Admiral Wu Shengli, five times in the 12 months he’s served as CNO, and such persistent dialogue pays off, he argues. When the CNO embarked aboard the supercarrier USS Stennis as it sailed through the South China Sea in June, he said, “we were surrounded” by Chinese naval vessels, some passing by on regular business but others specifically shadowing the US task force. All told, “there were dozens of encounters” between the two fleets, he said, which were, “by and large, performed according to a ruleset that had been established” between US and China called the Code for Unplanned Encounters at Sea (CUES).

By contrast, fast attack boats of the Iranian Revolutionary Guard Corps came so close to US vessels multiple times in August that the destroyer USS Nitze fired flares and the patrol boat USS Squall fired warning shots. (The Revolutionary Guard has its own fleet, separate from the less ideological Iranian Navy, and was responsible for the capture of 10 US sailors in January). When asked about how US commanders are allowed to handle such incidents, Richardson said, “there’s really nothing that limits the way that they can respond.”

“It’s a great demonstration of something I advocate for(:) a decentralized approach towards  operations,” Richardson said. “These things happen on a time scale that really doesn’t allow those commanders to phone home for permission.” 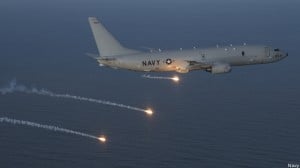 Despite these incidents in the Gulf, Richardson said there was still potential value to engaging “with the Iranians and, also, I’d say with the Russians who have exhibited this behavior as well.” While the CNO didn’t go into detail, it’s widely reported that Russian aircraft have buzzed both US ships and planes. One SU-27 fighter flew a white-knuckle ten feet away from a Navy P-8 Poseidon patrol aircraft over the Black Sea. Russian sailors, however, have been relatively professional, in part thanks to an accord on the Prevention of Incidents On and Over the High Seas signed 44 years ago with the then-Soviet Union. “That is a living agreement in place today,” Richardson said. “It’s discussed annually with the Russians and kept relevant.”

“Getting some kind of ruleset like that, particularly with the Iranians, would also be helpful,” Richardson said. But he doesn’t look like he’s holding his breath.