What’s In A Name? Making The LCS ‘Frigate’ Reality

CRYSTAL CITY: What’s in a frigate? That which we call a Littoral Combat Ship by any other name would smell as sweet — or stink as bad, according to LCS’s many critics. While LCS is being redesigned and renamed, there’s a lot of hard work and hard choices required to make the improvements real.

Yesterday, Navy Secretary Ray Mabus announced the new upgunned, uparmored, and as yet unbuilt version of LCS would be formally redesignated as a “frigate.” (From heaviest to lightest, the traditional classification runs: battleship, cruiser, destroyer, frigate, corvette). One of the major criticisms of the original LCS design was its lack of firepower and protection compared to the Perry-class frigates it would replace. The improved design will be worthy of the frigate designation, Mabus insisted. 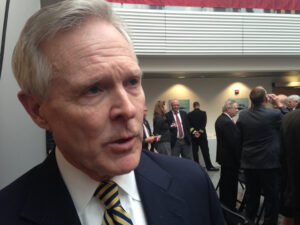 “If you list the attributes of a frigate and then list the attributes of [an improved LCS], we’re actually more capable than a normal frigate is,” Mabus told reporters after his remarks to the Surface Navy Association conference. “They don’t look like traditional Navy ships sometimes, and I think that’s one of the issues that traditionalists have, but if you look at missions, if you look at what a frigate is supposed to be able to do, that’s what this ship does.”

The basic plan set forth a year ago is to buy 32 Littoral Combat Ships of the current design, the last of them in the fiscal 2018 budget. Then the Navy will buy 20 of the upgunned version — what’s now the frigate — starting in fiscal 2019. The exact package of upgrades that will actually make the frigate a frigate won’t be finalized until ’19, but it will include more weapons, armor, and sensors.

The Navy wants to add at least some of these improvements to at least some the Littoral Combat Ships being built before 2019. “We’re going to try to fold in these new capabilities earlier than [LCS] 32,” Mabus said.

How many of them? “All of them,” Mabus hopes. “If we fold in some, we’re going to fold in all [the improvements]. It’ll add about $75 million a ship but, as we said, that’s still under the congressional cost cap. We’re not going to piecemeal it, we’re going to do the entire upgrade.”

The Secretary’s subordinates sounded somewhat less sanguine. “We’re going to want to do that [upgrade] across the board as best as possible,” said Sean Stackley, assistant secretary for acquisition. But “this isn’t exactly a binary thing,” Stackley told reporters: It’s not an either/or where you either have to add the entire upgrade package envisioned for the frigate or do nothing. 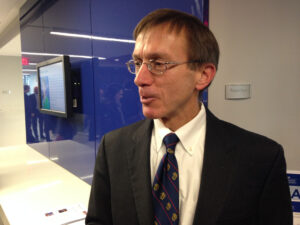 “[Upgrades] to improve the survivability, we want to do those on all the ships,” Stackley said: extra armor around weapons magazines, for example, shock hardening around vital equipment, or degaussing the hull to reduce its magnetic field. But the details of more complicated upgrades — such as missiles and electronics — will take a few years to figure out. In the meantime, he said, you might have to build ships with places for the systems-to-be-determined to plug in later.

Some of the Littoral Combat Ships already in the water may never get all the upgrades. Internal armor, for example, is such an integral part of a ship’s construction that it might be impractical or impossible to retrofit. “For ships that are already delivered, it may be such a large charge that we may only be able to do partial [upgrades],” said the Navy’s Program Executive Officer (PEO) for LCS, Rear Adm. Brian Antonio.

There’s also the constraint of time, Antonio told reporters. “LCS-1 was commissioned in ’08, and with a 25-year service life, that takes her to 2023,” when she retires — which would be just four years after the upgrade design is finalized in 2019. Littoral Combat Ships come in for major maintenance every 32 to 36 months. So with the earlier ships, said Antonio, “there’s a mathematical possibility that we wouldn’t be able to get everything in.” (It’s also inefficient to invest in upgrading a ship about to retire). 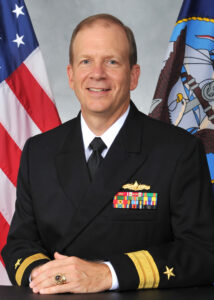 “We’ll catch as many as we’re funded [for] and can do,” the admiral said.

For every upgrade to the ship, there’s a delicate balance between how much combat capability it would add and how much time, cost, and complexity it would require. It’s worth remembering that the epic overruns and delays on the first two Littoral Combat Ships were caused primarily by a decision halfway through construction to change basic features of the design. Since then, the program has made only modest improvements from ship to ship, and it’s made remarkable progress controlling both cost and schedule.

“What I like is stability in the shipbuilding plan,” said Antonio. “Worst thing in the world would be, ‘hey, we’ve got this great new thing, we’ve got to go [add] it,’ and ship deliveries get delayed by six months, a year, two years, and all of a sudden everything’s out of whack.”

“It’s already going to be a sporty timeline,” Antonio said. What the Navy has to work from is the current LCS design — actually two designs, the Lockheed-built Freedom class and the General Dynamics Independence — and a detailed concept for the upgraded frigate version, developed over six months by the Small Surface Combatant Task Force. That concept calls for such improvements as new electronic warfare gear and a new “over the horizon” anti-ship missile with a 100-150 nautical mile range. It doesn’t specify such things as whether the minimum acceptable is 100 or 150 or something in between, what specific targets the weapon must be able to hit, what kind of seeker the warhead should have, let alone which missile to buy.

“The task force identified capability,” said Antonio. “We’ve got to identify the systems; then we have to identify how those systems integrate or interface with the current systems; and then there’s a whole development and testing [process] that has to happen.” 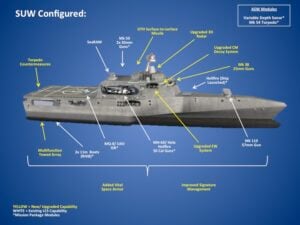 The upgraded version of the LCS-2 Independence.

How far along are we? Antonio has hired three former Small Surface Combatant Task Force staff to form a “concept development team” with full access to all the task force’s analysis: “That kind of gives me a jump start,” he said. He’ll soon be able to show both shipbuilders a “sanitized” version of the task force materials as well.

The Navy needs to take all the task force’s concepts for capabilities and translate them into specific, formal requirements, Stackley explained. Those requirements then need approval by a Resources and Requirements Review Board (R3B). Then, for each requirement, the Navy needs to decide if it can meet it with equipment already in service — which may require buying more items off existing contracts — or if it must hold a competition for something new. A Request for Proposals will go out to industry in 2018, with award and procurement in 2019.

Then it’s up to the winners from industry to deliver the goods and to the government to integrate everything into a working warship. (The Navy is acting as its own “lead systems integrator” here rather than contracting that function out). Only then will the world be able to judge whether the final product is worthy of the name of “frigate,” an honorable heritage going back to the USS Constitution. 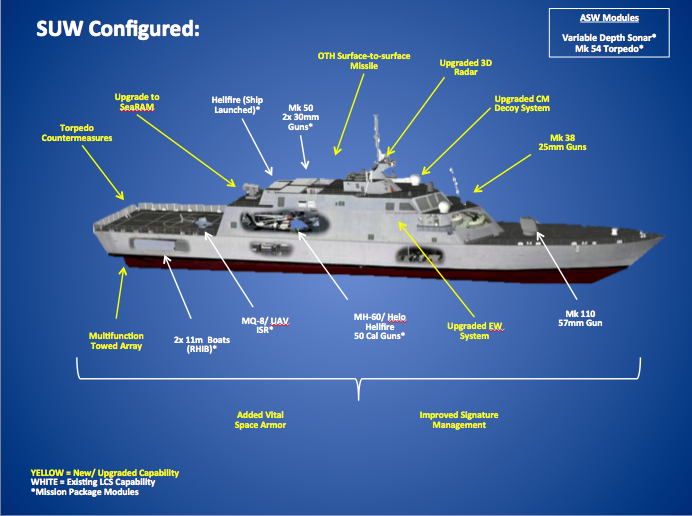 The upgraded version of the LCS-1 Freedom class.