Wife Learns Of Soldier’s Death Via Text, Facebook; Outrage Or The Future? 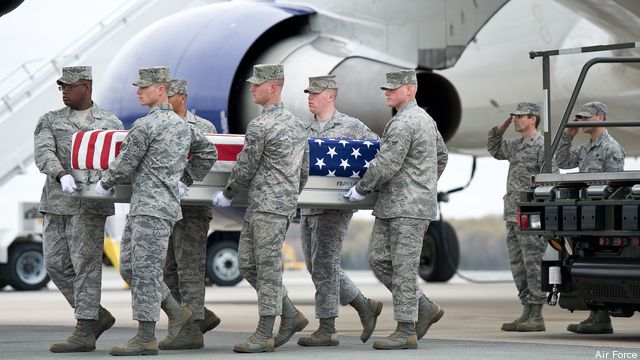 We’re all about social media here at Breaking Defense so we would usually applaud the use of Facebook or similar to make the lives of the military better or easier.

But the respected Spouse Buzz website reports that a military spouse was notified of her husband’s death via a text message and Facebook by people in her husband’s unit, before the Army could reach her.

Megan Born, 22, learned Thursday first from a text message and then from a Facebook post that her husband, Sgt. Joshua Born had been killed in action earlier that day. Although her husband was stationed at Fort Stewart, Ga., Megan had moved home to Olive Branch, Ill. for the deployment.

For those of us who talk with, eat with and sometimes live with members of the military, this would seem to violate everything the military tries to achieve through use of its highly ritualized and carefully designed means of notifying next of kin of the death or serious wounding of a loved one. On top of handling the notification with as much care and dignity as possible, there can be operational security reasons for keeping the information quiet. It doesn’t seem to have been the case here, but you never know.

Here’s what a Fort Stewart spokesman had to say, according to Spouse Buzz: “We stress to families and to spouses that there is an official process, and to be careful with information and operation security and other things like that – we stress that,” said Kevin Larson, a public affairs officer at Fort Stewart. “Truth can grow legs and change into rumor, and information is shared improperly before the Army can do the right thing.”

When I was a reporter in Florida covering police I was the unwitting deliverer one evening of the tragic news that someone’s husband had died in a car crash. The police had told me the next of kin had been notified, but they had notified the person’s mother, not his wife. I called the wife to ask some questions, only to experience terrific guilt, anguish and helplessness as I told her her husband was dead and tried to explain the circumstances of the death. I wasn’t trained for it, hadn’t done it before and I don’t know how well I handled things. The wife was very kind as she realized I had no idea what I was doing and had acted in good faith. She tried to comfort and thank me.

But many people are incapable of seeing through the shock and the grief as clearly as that spouse did. The nation owes much to those who give us so much when their spouses — and they — serve our nation. The military’s process works as well as it probably can and blaming those who broke the chain is easy, but try to imagine their anguish as they realize what they’ve done. Look here for some touching and insightful comments from the dead soldier’s mother and aunt about how the Army tried to do the right thing.

One question probably needs answering by the military in the long term: can it continue to reliably control this process in the face of ubiquitous social media and other forms of communication? Should it allow communication and Internet access by unit members after an operation? A comms blackout is pretty easy to order at a base in the U.S., where the information — initially –is limited to a few. But, as happened here, unit members on the scene knew what had happened and broke the chain. Were they wrong? What do you think?