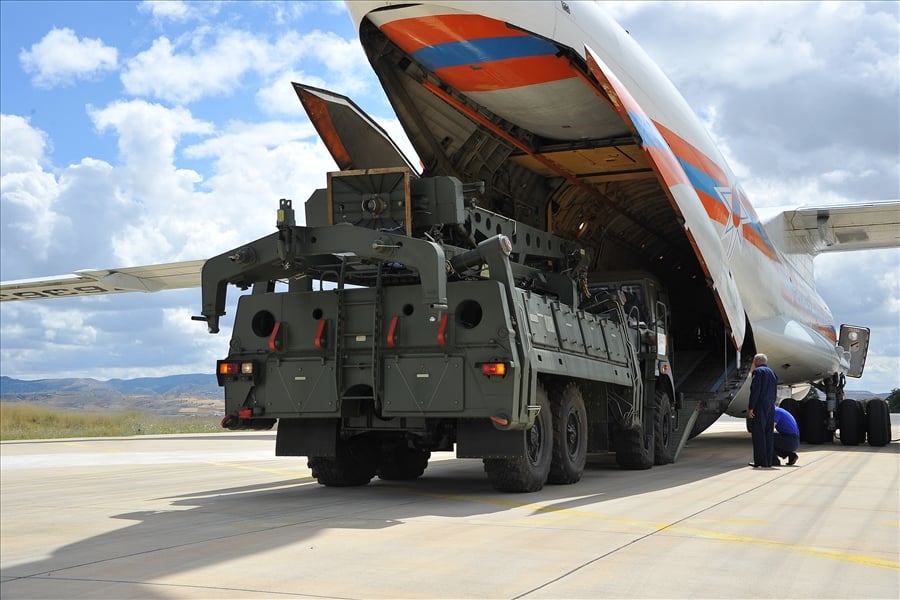 UPDATED: Esper Spoke With Turkish Minister For 30 Minutes This Afternoon; NO Readout.

WASHINGTON: The question of the day here is, will President Donald Trump overrule virtually his entire national security establishment and keep Turkey a partner in the F-35 fighter program, even as Turkey’s Foreign Ministry tweeted photos of Russian S-400s being delivered?

The Pentagon has twice pushed back a planned briefing today by senior officials on the subject, and it’s unclear when anyone from the US government will comment. While waiting for the Pentagon to speak, a State Department official declined to comment, pointing to a previous statement that Turkey “will face very real and negative consequences if it proceeds” with the deal.

Officials said that the White House stepped in and put a halt to DoD’s carefully planned briefing, which had been scheduled for this morning. However, the presumptive Defense Secretary, Mark Esper made a point of telling reporters this morning that, he’s “aware of Turkey taking delivery of the S-400. Our position regarding the F-35 has not changed and I will speak with my Turkish counterpart Minister Akar this afternoon.”

UPDATE BEGINS A defense official confirmed late this afternoon that Esper spoke with Turkish Defense Minister Hulusi Akar for 30 minutes, from 1:30 to 2 p.m. The Pentagon did not provide, as is customary, a readout of the conversation. That is usually a strong indicator that the two sides had little on which they could agree. UPDATE ENDS

American and NATO officials have long said publicly that Turkey would be kicked out of the F-35 program if the purchase of the S-400 surface-to-air missile defense system was finalized, but Trump has repeatedly walked that back, blaming the Obama administration and clearing Turkish President Recep Tayyip Erdoğan of responsibility for his government’s decision to buy the Russian system while ignoring years of warnings that sanctions would be the result.

The Obama White House “wouldn’t let him buy the missile he wanted to buy, which was the Patriot,” Trump told reporters during the G20 summit in Osaka, Japan last month. “You have to treat people fairly. And I don’t think he was treated fairly.”

After meeting with Trump that same day, Erdogan said the president assured him there would be no sanctions. “We have heard from him personally that this would not happen,” Erdogan said. “We are strategic partners with the United States. As strategic partners, nobody has the right to meddle in Turkey’s sovereign rights. Everyone should know this.”

But that message is at odds with everything that has been said on the issue by the rest of the Trump administration for the past two years. Notably, Esper’s comments Friday — made while he is angling for the official nomination to be the next Secretary of Defense — indicate that the White House is possibly coordinating a large sanctions package, and is wrapping up work on how to put it into motion it before they comment. 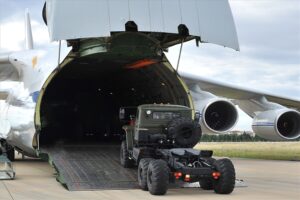 An S-400 being unloaded in Turkey.

Esper met with Akar at a NATO meeting in Brussels in late June during which he informed his counterpart that the US would remove Turkey from the F-35 program and impose sanctions.

A NATO official who spoke on the condition of anonymity was far less strident than the comments coming out of Washington. “It is up to Allies to decide what military equipment they buy,” the official said. “However, we are concerned about the potential consequences of Turkey’s decision to acquire the S-400 system” when combined with NATO air operations in and near Turkey.

In a show of bipartisan agreement Friday afternoon, the Republican and Democratic leaders of the Senate Armed Services and Foreign Relations committees issued a joint statement, reinforcing the sense of the Senate that Turkey should suffer consequences for buying the Russian system that NATO has long maintained puts its pilots at risk.

“On a strong bipartisan basis, Congress has made it clear that there must be consequences for President Erdogan’s misguided S-400 acquisition, a troubling signal of strategic alignment with Putin’s Russia and a threat to the F-35 program. As a result, we urge President Trump to fully implement sanctions as required by law.”

Sens. Jim Inhofe and Jack Reed, along with Jim Risch and Bob Menendez, called on the Department of Defense “to proceed with the termination of Turkey’s participation in the F-35 program.”

“It did not have to come to this. But unfortunately, President Erdogan rejected multiple attempts by the United States to preserve our strategic relationship while enabling Turkey to defend its airspace with F-35 aircraft and the Patriot air defense system,” the senators said.

In an interview with the BBC this morning, Reed said that since Turkey “chose the S-400 so they will be suspended, indeed eliminated from the F-35 program. That means they won’t receive aircraft, people who are manufacturing parts for the aircraft will not have those contracts, maintenance facilities will not be funded.”

Asked if Trump will provide a waiver to override a law that mandates the US slap sanctions on countries who buy significant weapons systems from Russia, Reed said Congress “will insist” Turkey be removed from the program. “The law is clear and I believe he will be compelled to follow the law in regards to sanctions …this is not a partisan issue.”

The Erdogan government released a video Friday of the first S-400s arriving in Turkey:

The law, 2017’s Countering America’s Adversaries Through Sanctions Act (CAATSA), gives the president a menu of 12 possible sanctions to select from, including cutting off access to loans from financial institutions and denying US visas to government officials.

In Pentagon reprogramming documents submitted to Congress this month, the military asked for approval to reprogram $206 million to support the effort to find new sources for the Turkish-made parts in F-35 aircraft. “The department is already taking steps to establish alternate sources of F-35 components to protect from potential disruption of current sources,” the Pentagon wrote.