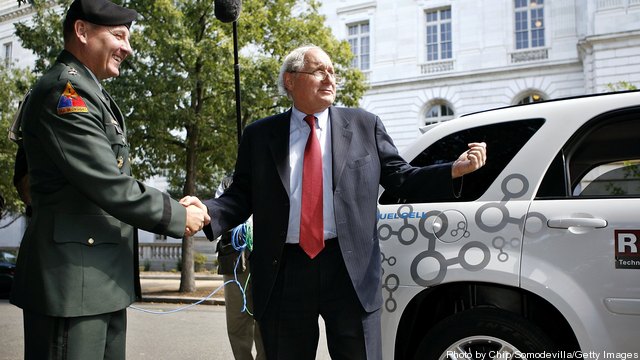 Much like microwaves and satellites, the US military could serve as an incubator for hydrogen fuel cell vehicle technology, helping it advance to a point where it can stand on its own in the global marketplace. In one of the latest examples of the private sector collaborating with the military on new technologies, General Motors and the U.S. Army, Pacific recently launched a 16 hydrogen fuel cell vehicle fleet in Hawaii. The US Army views this as a worthwhile investment because its desire to reduce fossil fuel reliance, which can be a security concern. The contract is for a fleet of administrative vehicles that will be driven on base and around Oahu.