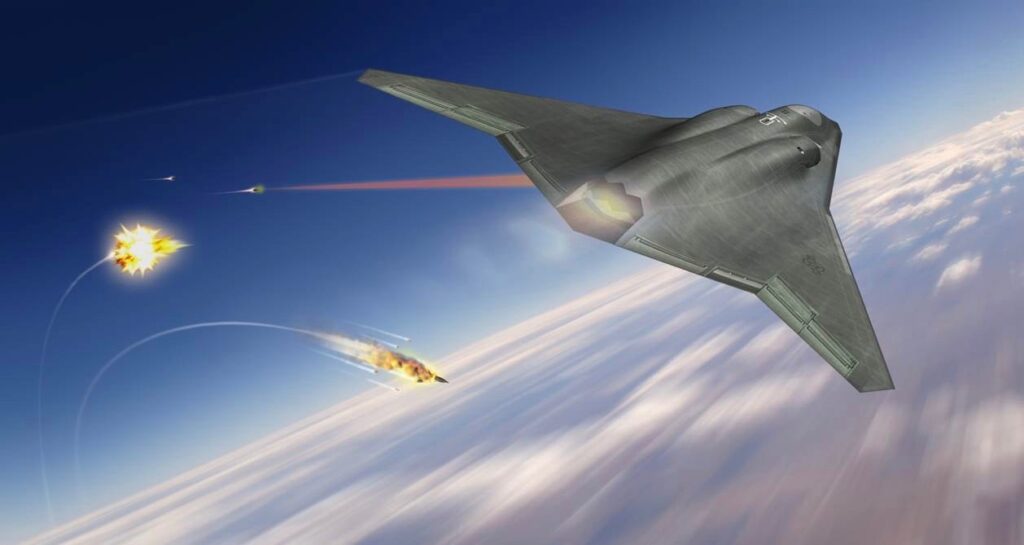 Ok, there’s no money, And no timetable. But the head of Marine requirements, Lt. Gen. Robert Walsh, told reporters he could “absolutely” see the Joint Strike Fighter armed with lasers. This is consistent with plans we’ve heard from Northrop Grumman for the notional sixth-generation fighter and with the heavy push across the Defense Department to shrink lasers and to arm ships, planes and armored vehicles with lasers. 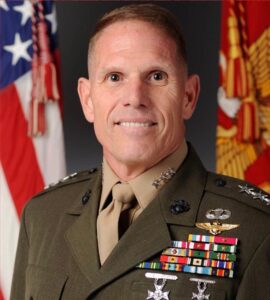 Walsh, speaking to the Defense Writers Group at a Tuesday breakfast, made clear this isn’t going to happen any time soon. First, lasers would go on a KC-130. Then they would strive to shrink the laser and its power source and only then put it on F-35s, Cobras and other combat aircraft.

He also said six F-35Bs would deploy aboard the USS Essex in the Central Command Area of Operations (AOR) about eight months after six F-35Bs deploy in Pacific Command’s AOR aboard the USS Wasp. “That’s quite the challenge, to put two squadrons aboard two ships and deploy them,” he said, especially when they are the first fifth generation aircraft flown by the Marines.

We’d known the B model eventually was going to fly from the Essex but we didn’t know when. The ship is being modified now during its midlife refit so it can handle the F-35B with its enormous thrust, heat and noise. The deck coating Thermion, as Breaking D readers know, is needed to handle the huge amounts of heat driven downwards by the F135 engine’s 40,000 pounds of thrust — and the Rolls-Royce lift fan — as the B lands vertically on the deck. The Essex’s deck is being redone with Thermion and other modifications to handle the B.