Morocco launches fleet of drones to tackle coronavirus from the sky 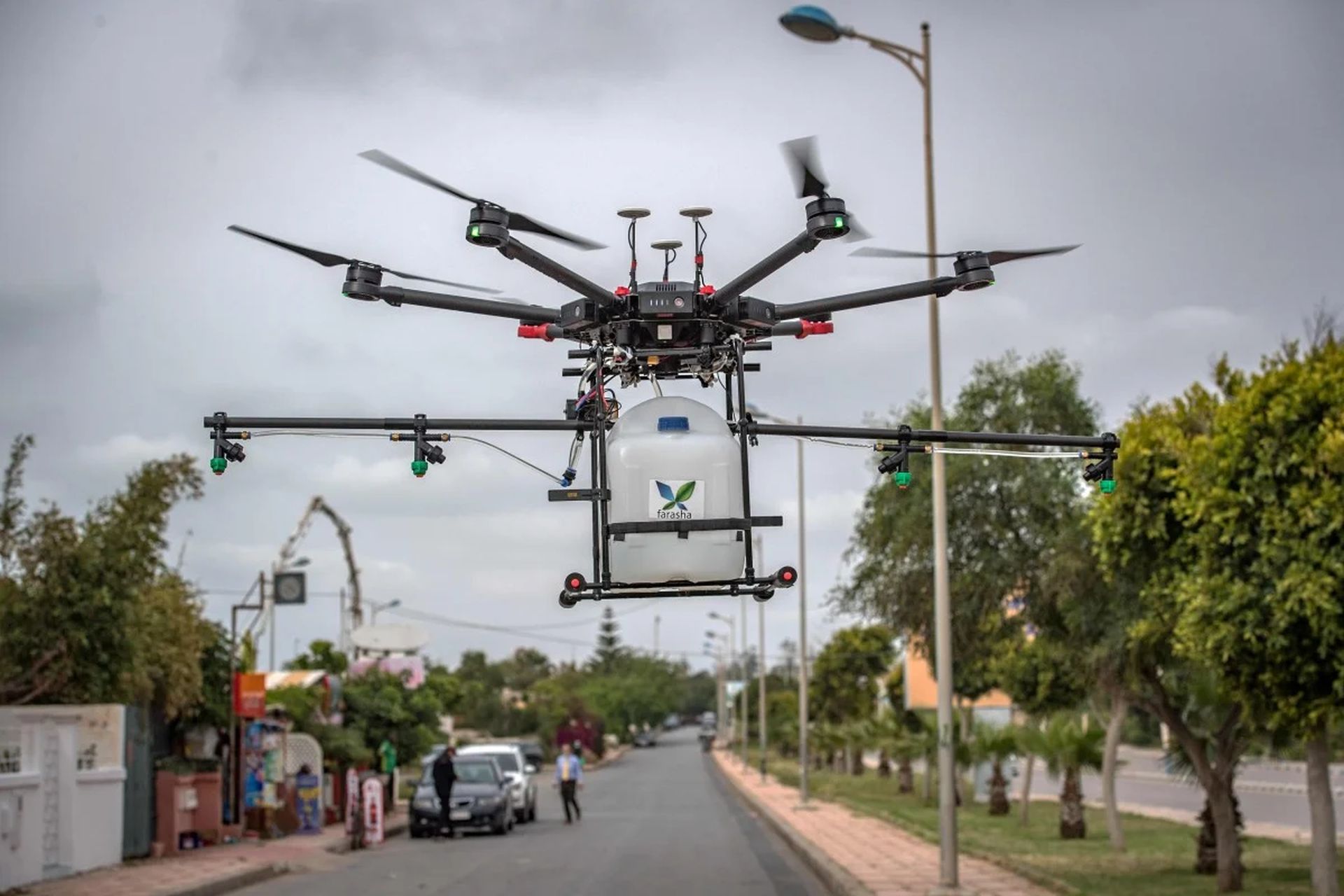 RABAT: Morocco has rapidly expanded its fleet of drones as it battles the coronavirus pandemic, deploying them for aerial surveillance, public service announcements and sanitization.

“This is a real craze. In just weeks, demand has tripled in Morocco and other countries in the region,” said Yassine Qamous, chief of Droneway Maroc, African distributor for leading Chinese drone company DJI.

Moroccan firms have been using drones for years and Qamous says it “is among the most advanced countries in Africa” for unmanned flight, with a dedicated industrial base, researchers and qualified pilots.

But restrictive regulations have long limited civilian drones to specific applications such as filming, agriculture, monitoring solar panels and mapping.

That changed rapidly as the novel coronavirus swept across the world.

In recent weeks, authorities have employed drones to issue warnings, identify suspicious movement in the streets and disperse illegal rooftop and balcony gatherings.

A strict lockdown imposed in March has not been uniformly respected, with local media reporting on nighttime gatherings of neighbors and collective prayers on roofs, beyond the view of street patrols.

Other countries in Europe, Asia and the Middle East have also adopted technology deployed in China since the start of the pandemic, whether for tracking the movements of citizens, disinfecting public spaces or facilitating deliveries.

“Drones have quickly emerged as a vital technology for public safety agencies during this crisis as they can safely monitor public spaces,” according to the website of DJI, by far the world’s top drone maker.

Like most countries, Morocco primarily uses imported Chinese drones. But the emergence of new applications linked to the pandemic is also driving local production of specialized aerial vehicles.

“There is real demand,” said Abderrahmane Krioual, the head of Farasha, a startup that has raised funds to produce drones for thermal surveillance and aerial disinfectant spraying.

The aeronautics department of the International University of Rabat (UIR) offered its facilities, expertise and prototypes to authorities in March, deploying drones with loudspeakers or infrared cameras able to detect movement at night or spot individuals with high temperatures.

Several projects are underway across the country ahead of the widespread deployment of various models of drones, said Mohsine Bouya, the university’s director of technology development and transfer.

Teams are also developing tracking applications, but “we’ll have to wait for a change to the law” before launching them, he said.

Moroccan authorities declined to comment on the use of drones or the numbers deployed since the start of the public health emergency in mid-March.

‘Toxic lockdown culture’
Unlike in some countries, the use of surveillance drones has not sparked public debate in Morocco, where the kingdom’s authoritarian response to the pandemic is widely supported.

They include movement restrictions and the compulsory wearing of masks, with a nighttime curfew since the start of the Muslim holy month of Ramadan — enforced by a heavy police presence.

Those found guilty of violating lockdown measures face one to three months in prison, a fine equivalent to $125, or both.

Authorities say the measures have limited transmission of the virus, with 5,053 COVID-19 cases reported including 179 deaths and 1,653 recoveries since the crisis began.

But the kingdom’s high number of arrests has drawn criticism from Georgette Gagnon, director of field operations at the United Nations’ Human Rights Office.

Morocco disputed this, saying its measures were “in line with legal frameworks respecting human rights”.