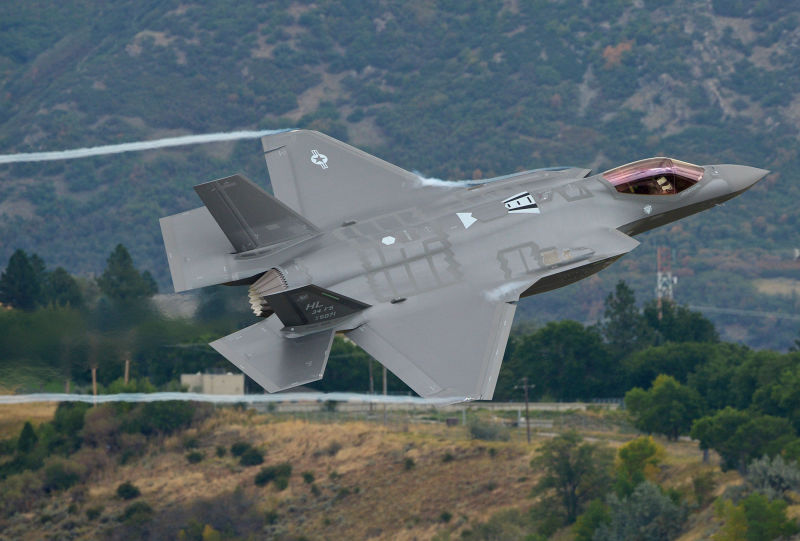 WASHINGTON The F-35 program office announced today the aircraft had finally reached its initial operational test & evaluation phase, which is expected to wrap up next September. That’s three months behind previous projections for mid-summer — the result of the program’s first crash (fortunately non-fatal) and a subsequent grounding — and 16 months behind the original testing plan from 2012.

The announcement means the Air Force, Navy, and Marines will begin testing all three F-35 variants under realistic combat conditions to determine their suitability for combat, followed by a decision to begin full rate production at the end of 2019. The Pentagon did allow the program office to start some of the testing early, including cold-weather testing, weapons demonstrations, and other activities earlier this year.

“Start of formal operational testing is a milestone more than 18 years in the making,” Vice Adm. Mat Winter, F-35 Program executive officer, said in a statement.

There are over 340 F-35s are already operating from 15 US and allies bases around the globe as the Pentagon and Lockheed Martin continue to work on resolving a list of problem and deficiencies that continue to plague the program, many in the plane’s incredibly complex software.

This fall, the UK landed its first F-35B aboard its newest aircraft carrier, HMS Queen Elizabeth, a ship built specifically to operate the F-35.

The top Pentagon buyer Ellen Lord said recently the operating cost for the F-35 has to come down while mission capable rates must ramp up by double-digits. And it needs to happen next year.

“Cost per flight hour needs to come down to fourth-generation [aircraft] levels and the availability needs to come up to 80 percent,” Ellen Lord told the Association of Old Crows electronic warfare conference last month. Head of the F-35 program head Vice Adm. Mat Winter, said in October that the crucial operating costs of the F-35 dropped significantly in 2017. The costs of operating the F-35 fleet dropped by $1.1 million “per tail per year across the fleet” and cited “a reduction of $12,000 per flight hour across the fleet.”