A Decade, Yes, But Afghanistan NOT America’s Longest War By Most Measures 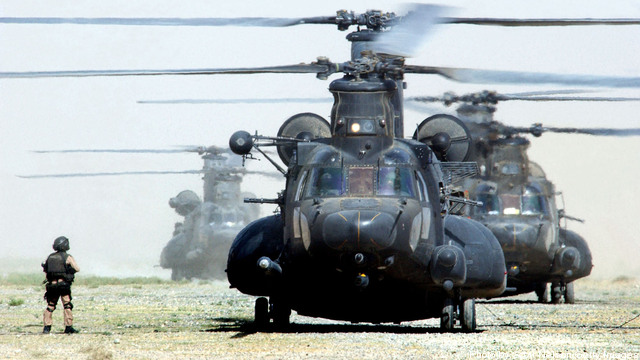 As the war in Afghanistan passed its tenth anniversary this week, many news outlets repeated the frequently repeated claim that the conflict there has replaced Vietnam as America’s longest war. That is a questionable assertion.

Even if you count only from the first “official” U.S. combat operations in Vietnam — the Gulf of Tonkin air strikes on Aug. 5, 1964 — until the last American troops fled Saigon on April 30, 1975, the U.S. military was involved in Vietnam for 10 years, eight months.

U.S. combat in Afghanistan started with air strikes on Oct. 7, 2001, which means our war there would not exceed the minimal duration of Vietnam until June 2012.

But the official start of the U.S. military involvement in Vietnam, set by the Defense Department in 1998, is Nov. 1, 1955, when the Military Assistance and Advisory Group was established in Saigon.

I can attest from personal experience as a bombardier-navigator in a carrier-based Navy attack jet that U.S. armed forces were engaged in combat in Vietnam long before the Gulf of Tonkin raids. Aircraft from my air wing, flying from the USS Coral Sea, conducted “training” exercises with live ordnance into Vietnam in 1963. None of our aircraft suffered any damage from hostile fire and we were told not to talk about our missions. Then the Navy sent us a “been there” medal many years later.

The official end of the Vietnam War for the Department of Veterans Affairs’ purposes is May 7, 1975. Matching that with the DoD start date would make the Vietnam War 19 years, six months long.

If you measure war by combat deaths, the first U.S. soldier, an advisor to Republic of Vietnam forces, was killed in Vietnam on June 8, 1956. The last to die, as recognized by the names on the Vietnam Memorial, were the 18 Marines killed in the attempted recovery of the U.S. merchant ship Mayaguez on May 15, 1975 — nearly 19 years apart.

Mercifully, the current American death toll in Afghanistan at 1,682 is far below the 58,000-plus U.S. military and civilian personnel who died throughout Southeast Asia in connection with the futile fight to “save” Vietnam. And while American service personnel are likely to remain in Afghanistan after the proposed 2014 end of the combat mission, we can hope they won’t be fighting there anywhere near the 19 years in Vietnam.
@CategoryFeature @MainPageFeature afghanistan Gulf of Tonkin Vietnam War warfighting