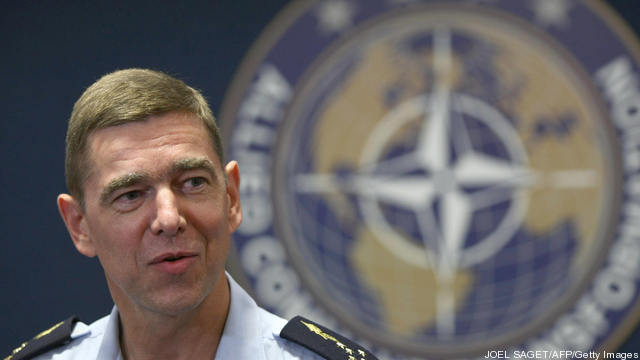 WASHINGTON: NATO is wasting no time in taking the painful lessons learned from its peacekeeping mission in Libya and folding them into a new strategy for future operations, the NATO general overseeing that effort said today.

The resistance from forces loyal to recently deceased Libyan strongman Col. Muammar Gaddafi was a “strategic surprise” to NATO, NATO’s Supreme Allied Commander for Transformation Gen. Stephane Abrial said today. The alliance is still reviewing reams of information gathered by coalition forces from the six-month peacekeeping mission in Libya mandated by the United Nations in March.

But the alliance already knows it needs to close intelligence, reconnaissance and surveillance operations and intelligence sharing exposed during the operation, according to Abrial. Intel sharing and coordination was one of the top criticisms voiced by American military leaders shortly after operations ended in Libya. NATO warplanes refused to use imagery provided by American ISR assets to attack targets in Libya. The alliance complained the U.S. process to clear the targeting imagery for NATO pilots took too long. The situation was further complicated since four-fifths of all ISR used during the Libya mission was provided by the United States. Getting that intel sharing process right will be a key issue in the new smart defense strategy, according to Abrial. “We know what we need to do better,” Abrial said.

The NATO Libya review is scheduled to wrap up in February, Abrial said. The alliance is also hammering out a new battle plan for future missions dubbed the “smart defense” initiative, the NATO general said. Pieces of that unfinished review are already being mixed into the new battle plan, specifically for intel sharing and ISR operations, Abrial said. One solution to that intel sharing issue may already be in Afghanistan, the four-star general added.

NATO’s intelligence sharing system in Afghanistan has done well in providing U.S. and coalition forces accurate and timely information to coordinate combat operations. The alliance plans to take that system and apply it to all NATO operations as part of the smart defense initiative, Abrial said. Large-scale changes to command and control capabilities will also be part of the new initiative, he said. Alliance members also plan to fold in new ISR and communication systems into its arsenal to support those changes. NATO is poised to buy a modified version of the Northrop Grumman-built Global Hawk unmanned aircraft to track ground movement. “Germany has purchased a version of the Air Force’s Global Hawk unmanned aircraft, dubbed the Euro Hawk, for testing a signals intelligence capability and may buy four more in the near future,” Northrop Grumman spokesman Jim Stratford said. But smart defense is not just about new systems and aircraft, Abrial pointed out.

The strategy is also looking at changing up how the alliance trains and supports its troops in the field. NATO is looking at ways to divide those responsibilities between NATO countries and non-member nations, Abrial said. The challenge will be to ensure each country in the alliance carries their own weight in all of the areas addressed in the new strategy. Its a question of “sovereignty and solidarity” Abrial explained. Walking that fine line will be difficult but doable. “There is a real will to engage and deliver” among NATO partners, Abrial said.