Posted by Theresa Hitchens on September 20, 2019 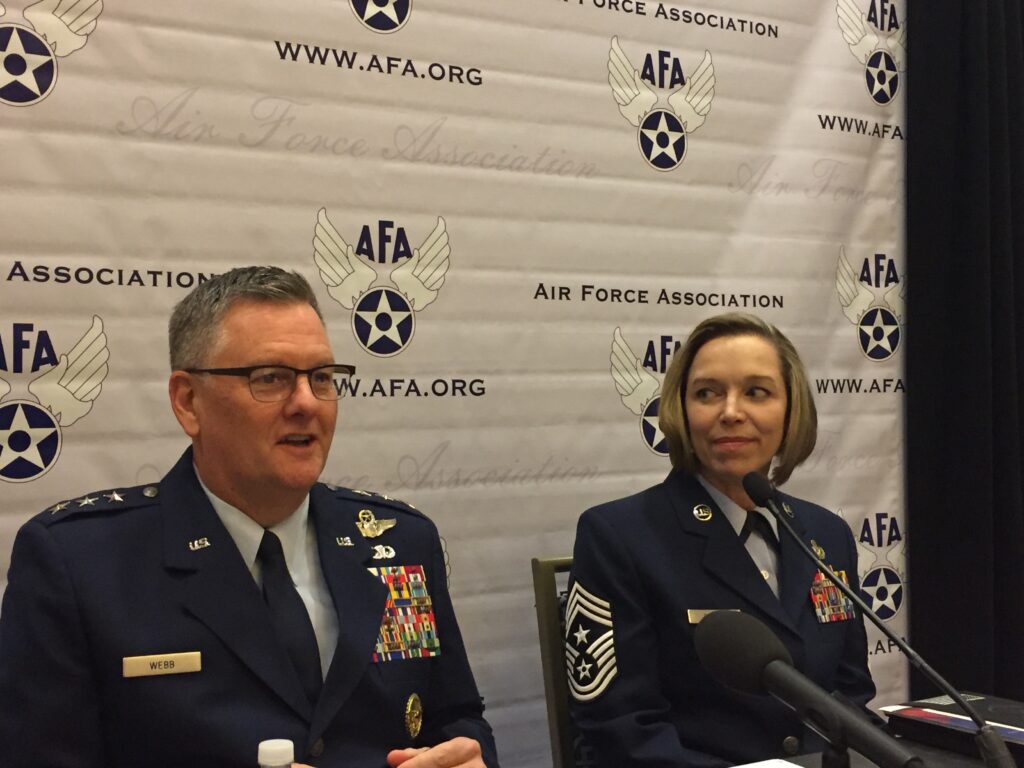 Space, he said, is a fundamental part of the Air Force’s multi-domain approach to tie together service operations via a lighting-speed command and control network, known as Multi Domain Command and Ccntrol (MDC2). But, up to now, it has been the purview of a rather small community within the service.

“Outside of the space community — because of the classification, because of policy steers it’s been under for a number of years — the knowledge base on use of space, how space can help you as a ground person, as a sea person, as an air person, and vice versa how we can contribute to space objectives is nascent at best,” Webb said.

Webb,who has only been in his post at Joint Base San Antonio-Randolph, Texas for six weeks, spoke to reporters Tuesday. He explained that AETC has a training group at Vandenberg AFB in California responsible for space and missile training. However, he said, there needs to be a new approach to “incorporate the space warfighting ethos.” He explained that the head of Space Command and Air Force Space Command, Gen. John Raymond, has been very vocal about the need for a shift in how airmen are trained for the space mission.

Webb said that Raymond is also interested in re-vamping education about space issues. “Gen. Raymond has asked me, in particular, to make sure that we are incorporating all aspects of space warfighting … into our curriculum,” Webb said with regard to the Air University at Maxwell AFB. “So there is a training aspect, for technical training, and then education that we need for all of our Air Force.”

One of the challenges for AETC in educating airmen about warfighting in space will be the fact that, unlike with other arenas of warfighting, there is a dearth of material. There is no accepted ‘theory of space power’ in the same way that, for example, the writings of Carl Von Clausewitz underpin land warfare and the work of Alfred Thayer Mahan steers thinking about naval battle. There is no formal, DoD approved war plan for space as it is now defined as an area of operations (AOR) for the US military. Further, while both the Air Force and the Joint Chiefs of Staff have written space doctrine, those doctrinal documents now need to be revamped. “It’s going to be a very synergistic relationship with Gen. Raymond and his forces,” he said.

“Gen. Raymond’s got a challenge. He’s wearing multiple hats. He’s got to fill out another command, and of course he wants to have that expertise reside where our center of learning is: at Air University. We have a doctrine center, but of course we’re going to need some space experts over there as well,” Webb said. “It’s going to take him and me joined at the hip. We have some thoughts, and you don’t necessarily have to be wearing a space badge to have thoughts on this. But it’s going to take some real expertise … to come from his community to help us shape that.”

Webb said that it was “exciting” to see Acting Air Force Secretary Matt Donovan unveil the service’s new jet trainer, the T-7A Red Hawk, at that AFA conference on Tuesday, and that AETC is “on schedule” to accept the new trainer when it enters service in 2023. 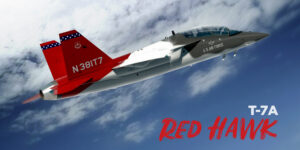 “We’re still a few years out before that will be on the ramp for us. But, of course, that timing happens fast, so preparations are underway right now for being able to have our undergraduate pilot training (UPT) shaped to take it.”

Webb noted that the current jet trainer, the “great and venerable” T-38, “hit the ramp on the year I was born, 1961.” The T-7A, he said, “is going to take us to what will eventually be our UPT in the future and we’re well underway on building that program right now.”

Boeing last year won a $9.2 billion contract to build the T-7A. The Air Force intends to buy 351, along with related simulators and ground equipment to train pilots to fly fifth and fourth generation aircraft.

Asked whether a decision had been made on whether to replace the T-1 trainer, Webb dodged by saying only that “the T-1 remains a vital aspect of UPT. Certainly, it is important for Gen. Miller at Air Military Command.” He added: “We will consider all options” for the future.