WASHINGTON: The federal government needs to spend more money on civilian agencies like the State Department, NASA, and the FAA, not just defense, the aerospace industry’s top lobbyist said today, but there’s no reasoning with a portion of Congress that wants cuts at any cost.

“There’s a part of Congress that’s suspicious of everything,” said David Melcher, the outgoing president of the Aerospace Industries Association. “You tell me if you can have a coherent argument about any or all of those issues with folks who basically use bumper stickers to describe their positions.”

Melcher didn’t name a political party, of course, but it’s obviously the Freedom Caucus/Tea Party wing of the Republicans that have been most uncompromising about cutting the federal government. (Radical Democrats are unreasonable about other things). In their quest to cut government spending, the deficit hawks have threatened to make the Treasury default on debts, defended the Budget Control Act caps on federal expenditures, and even opposed Pentagon spending, traditionally sacred to the GOP.

A strong and stable military budget is necessary for AIA, Melcher said, but not sufficient: “The government needs to be funded in a reliable way in more than just the Department of Defense. We know that because we’ve dealt with FAA, we’ve dealt with NASA a lot.”

“If the architecture of government is not able to handle the volume of what could be accomplished in the marketplace, well, then that’s obviously a problem,” Melcher told reporters at AIA’s annual luncheon and briefing. That, he said, is why successive secretaries of defense — Bob Gates under Bush, Ash Carter under Obama, Jim Mattis under Trump — have all campaigned for adequate State Department funding. What Melcher didn’t mention is that State’s been repeatedly cut back by the GOP. 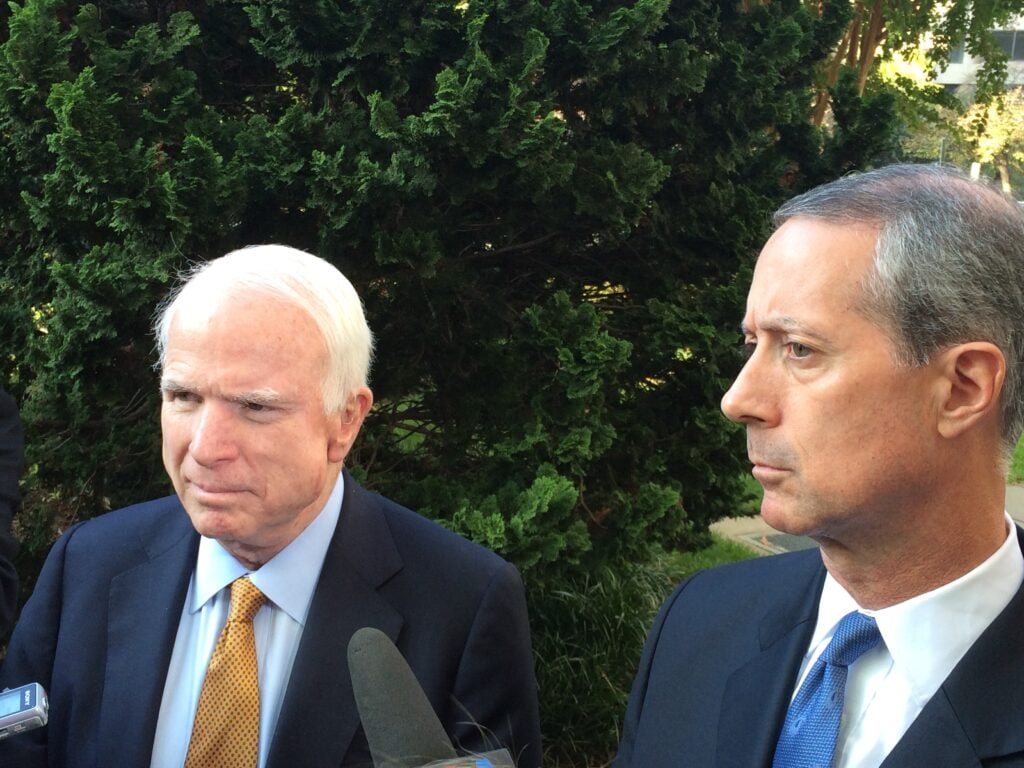 State aside, many critics have said the Trump administration is underfunding the Defense Department itself, including the chairmen of the two armed services committees, Sen. John McCain and Rep. Mac Thornberry. Can we really count on Trump to increase Pentagon budgets, one reporter asked?

“There’s always OMB (the White House Office of Management & Budget),” Melcher replied. “I used to work at OMB years ago, so I know a little bit about how people at OMB think and work, and I think those initial budget positions were a reflection of some of the thinking the OMB director has.” That would be Mick Mulvaney, a former GOP congressman, Freedom Caucus member and hard-core deficit hawk.

But, Melcher continued, “I think Congress has made their desire for increased defense spending levels pretty clear. I doubt the president would veto a budget that has some of those higher defense levels in.” 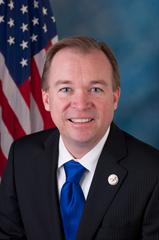 How high? “I’m hopeful we can maintain a trajectory between 3 and 5 percent (annual growth) going forward so companies can reliably build that capability,” said Melcher. “We’ve seen an era of share buy-backs and increased dividends and all those other things because people lacked certainty as to what to invest in, because of the unstable nature of defense budget budgets. Now there’s going to be more stability, hopefully, and people can place those bets on a growing industry.”

Melcher believes the GOP tax cut, which AIA supports — and which is in final high-stakes negotiations as of this writing — will encourage companies to rebuild the defense industrial base instead of sitting on cash or buying back their stock. “I’m hoping that companies will continue to invest in human capital, physical capital, and research and development with the tax breaks that they’re going to get, because that’s where the money needs to go,” he said.

But isn’t there a contradiction here, I asked? If you want the government to spend more, not just on defense, but you also want a tax cut that will slash federal revenues by $1.5 trillion over 10 years, where does the money come from?

Melcher demurred. “I’m not going to solve the deficit issue; neither will AIA,” he said. “If your goal is to reduce the deficit, if your goal is to balance the budget, there are ways to do that” — and any grand bargain must examine both defense and non-defense spending, he said — “but in the meanwhile I happen to believe and AIA’s membership believe that we’ve gone too long on an austerity program relative to the defense budget.”

“Deficits are a legitimate concern,” Melcher said, “but I do believe that the government and the Congress, if they have the moral courage to address how the whole of government is funded and where the revenues come from and where the expenses go, that there’s a way to think through this problem.”

But, asked one reporter, do they have that courage? Melcher’s reply? “I hope so.”

Melcher retires at the end of this year. His successor is Eric Fanning, a former Obama official most famous for being the first openly gay Army Secretary. He will also become the first head of AIA to be publicly gay. We’re pretty sure Fanning’s budget views will pretty closely align with Melcher’s.