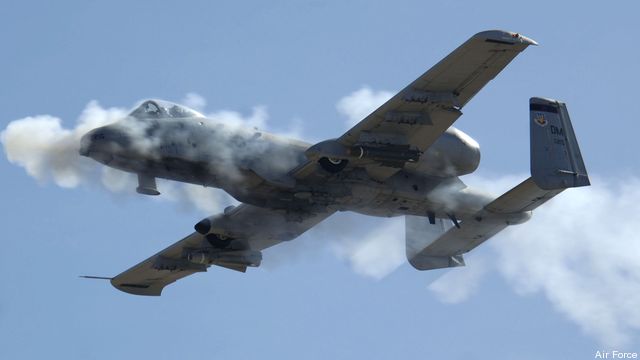 WASHINGTON: The Air Force doesn’t know enough about the missions that A-10 pilots fly or how it would replace the aircraft after retirement, a congressional watchdog says, putting yet another nail into the service’s attempts to save money and retire the much-loved Warthog.

Sen. John McCain, chairman of the Senate Armed Services Committee, who has worked closely with Sen. Kelly Ayotte of New Hampshire to stop the Air Force from retiring the plane, issued this statement:

“The nonpartisan GAO has concluded what we’ve been arguing for years: there is no justification for the Air Force to prematurely retire the A-10 fleet, and doing so could leave the military with a serious capability gap our military needs to confront complex security challenges around the world.” 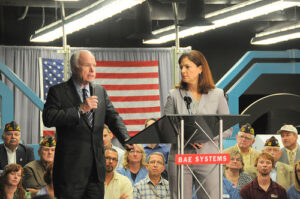 The Air Force has argued that in these days of declining budgets and the demands of enormous theaters such as the Pacific they must buy multi-role aircraft like the F-35 and the new Long Range Strike system instead of single-mission aircraft such as the A-10, no matter how well suited the old systems are to their mission. The Air Force has estimated it would save $4.2 billion over five years should it retire the A-10, although the GAO didn’t think much of the service’s methodology for developing the estimate in a late June report.

The service “has not established clear requirements for the missions the A-10 performs, and in the absence of these requirements, has not fully identified the capacity or capability gaps that could result from the A-10 divestment. Without a clear understanding of the capability or capacity gaps and risks that could result from A-10 divestment, it is also unclear how effective or necessary the Air Force’s and the department’s mitigation strategies will be,” the Government Accountability Office says in a new report. “For example, although the Air Force has several efforts underway to generally mitigate the loss of capabilities that would result from A-10 divestment, it has not identified how or if it will replace the A-10’s role in combat search and rescue missions.”

UPDATE BEGINS Sen. Ayotte said, in effect, I told you so: “Today’s GAO report confirms what I’ve said for years: the Air Force’s rush to divest the A-10 before a fully operational replacement is available puts our ground troops and our nation’s close air support capabilities at risk,” Ayotte said in a statement. “This report is right to recognize that retiring the A-10 would lead to serious capability gaps and additional costs for our military. When our ground troops are under fire and they call for help, we have an obligation to send them the best possible close air support, and that is why I will continue to fight to protect the A-10. ”UPDATE ENDS

But the Air Force isn’t the only one getting a spanking here. GAO also says the Office of Secretary of Defense “should develop and promulgate department-wide guidance that establishes specific informational requirements to be met before proposing divestment of major weapon systems that have not reached the end of their expected service lives.”

While the GAO carefully says that this should be done for major weapons that at the end of their service lives, that’s actually not that careful. Why? Because the services can always extend those service lives, as the Air Force has famously done with B-52s. But the Pentagon will have a number of major decisions to make about retiring major weapons. The Air Force will need to decide which of its existing bombers it plans to retire as the B-21 fleet begins to form. The Navy is already grappling with difficult decisions about which ships to retire and how to replace them. The Army, which has bought virtually nothing new in ages (aside from MRAPs it and the Marines are getting rid of) will replace Blackhawk helicopters and Bradley Fighting Vehicles someday soonish. So creating a standardized process for evaluating the relative costs and capabilities of retirements seems to make sense.