Air Force Tries To Fix F-35’s ALIS — From A Big, Broken Box To the Cloud 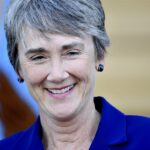 “I can guarantee that no Air Force maintainer will ever name their daughter, Alice,” Heather Wilson said during her keynote. Wilson characterized ALIS — short for Autonomic Logistics Information System — as “a proprietary system so frustrating to use, maintainers said they were wasting 10-15 hours a week fighting with it … and looking for ways to bypass it to try to make F-35s mission capable.”

Now the Air Force thinks its in-house Kessel Run software team can speed up a few of ALIS’s functions, but they won’t change the fundamental nature of the system, which is a big box filled with servers and packed with huge amounts of software code. According to pretty much everyone who works with it, ALIS just doesn’t work nearly as well as it should.

How bad is ALIS? Here’s the assessment of the director of Operational Test and Evaluation, a longtime ALIS critic, in his 2018 report:

“ALIS is designed to bring efficiency to maintenance and flight operations, but it does not yet perform as intended. User feedback on ALIS deficiencies, some of which can have a significant effect on aircraft availability and sortie generation, fall into three major categories:

“So, much of the early promise of ALIS — predictive maintenance and ordering to lower costs; rapid mission planning; transmission of mission data — has been hobbled by the system’s bloated software, hardware problems and the slow and uncertain pace of improvements by Lockheed Martin,” the OTE report says.

Lockheed Martin knows it’s got problems and is pouring $180 million of its own money into ALIS to bring things back on track. It and the Air Force are committed to bringing the entire F-35 fleet up to 80 percent readiness. Here’s Lockheed’s video describing what ALIS is supposed to do:

Pentagon officials have pushed Lockheed to improve ALIS for years. But now, the head of Air Force acquisition, Will Roper, has come up with what sounds like a plan to rebuild ALIS to make it nimbler, faster and smaller. With the wonderful name of Mad Hatter, the plan is to strip the functional software out of the current system and host it on the cloud as a complex of apps, he told reporters here last week. I asked Roper if this meant ALIS would no longer be a big box. He said yes. I spoke with him later and he seems reasonably confident that the code will be stable in the cloud. 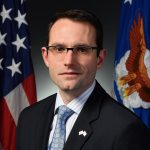 So, there’ll be something like a tablet, operating on a highly encrypted wireless network, that will allow the maintainers and pilots to reach back to a huge data set in the cloud for whatever they need. It will be classified and — if the Intelligence Community and others who’ve already embraced cloud computing are correct —  moving to the cloud should mean that ALIS data may well be better protected than it is now.

While there were no details in the OTE report, it seems pretty clear from the language that ALIS faces serious cyber vulnerabilities. For example, the report says this:

“According to the JPO, the air vehicle [the F-35 jet itself] is capable of operating for up to 30 days without connectivity to ALIS. In light of current cybersecurity threats and vulnerabilities, along with peer and near-peer threats to bases and communications, the F-35 program and Services should conduct testing of aircraft operations without access to ALIS for extended periods of time.”

In other words, with the current setup, ALIS may be so vulnerable that Robert Behler, the OTE director, thinks the program should be able to operate for a month without hooking up to it at all. Now that’s a bad sign.

To be fair, Roper did say that much of the functional software in ALIS — the stuff that does specific tasks — works well, so they shouldn’t need to start from scratch. But the Mad Hatter team needs to repackage that still-usable code into something military maintainers can actually use to do their jobs, instead of something that makes their jobs much harder.