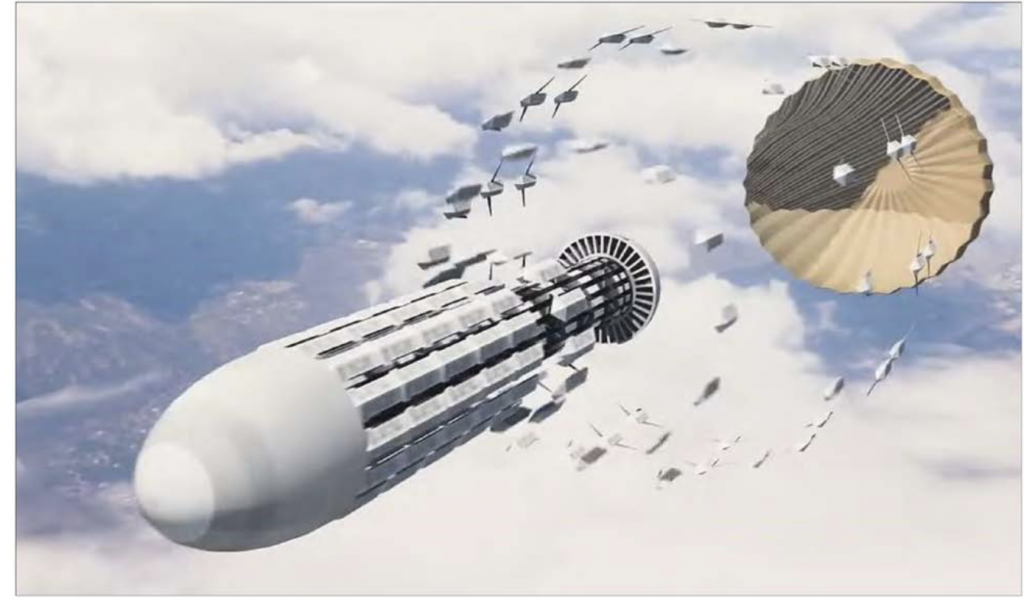 In essence, that’s the goal of the new Air Force science and technology strategy, to force China and that other, much poorer competitor known as Russia, to worry the US is in the early stages of fielding weapons systems that will tip the strategic see-saw to the American side. It is, as outgoing Air Force Secretary Heather Wilson made clear here today, a cost-imposition strategy. Make the other side spend more to counter new weapons. With the Soviet Union we talked up and poured money into missile defense, Rods from God, Brilliant Pebbles and other highly advanced concepts that might work. They took us on headfirst and, well, we all remember 1989, don’t we? Especially Vlad.

Wilson’s new approach to managing the $2.8 billion budget will be led by someone in a brand new job as Chief Technology Officer for the entire service. “The creation of a Chief Technology Officer may require the approval of Congress, potentially including a statutory change of the responsibilities of Assistant Secretaries of the Air Force,” the new strategy says. No one has been picked yet and Wilson is leaving May 31, but she has signed the memo making her new strategy operational and placed it in the capable hands of Will Roper, head of Air Force acquisition.

A key goal of the new strategy, in addition to imposing costs, will be to encourage more promising advanced technologies to cross the feared “valley of death” that lies between the happy glades of research and the burgeoning forest of acquisition. This has long been a dark threat to DARPA and other advanced Pentagon research. The tech looks very promising, maybe very promising. But it never becomes part of a program of record.

Now, the effort to cross the valley will be guided more carefully. To whit, the service has identified five “strategic capabilities”:

But building tech that addresses capabilities isn’t enough. So the Chief Technical Officer, with help from industry, academe, the Intelligence Community and the rest of the Pentagon, will pick so-called “vanguards” from the almost $3 billion budget. These will comprise about 20 percent of the budget. Some of these projects will be designed to cross the valley of death; some will instead be aggregations of promising technologies, cobbled together to see if they can successfully interact, Richard Joseph, the head Air Force scientist told reporters. 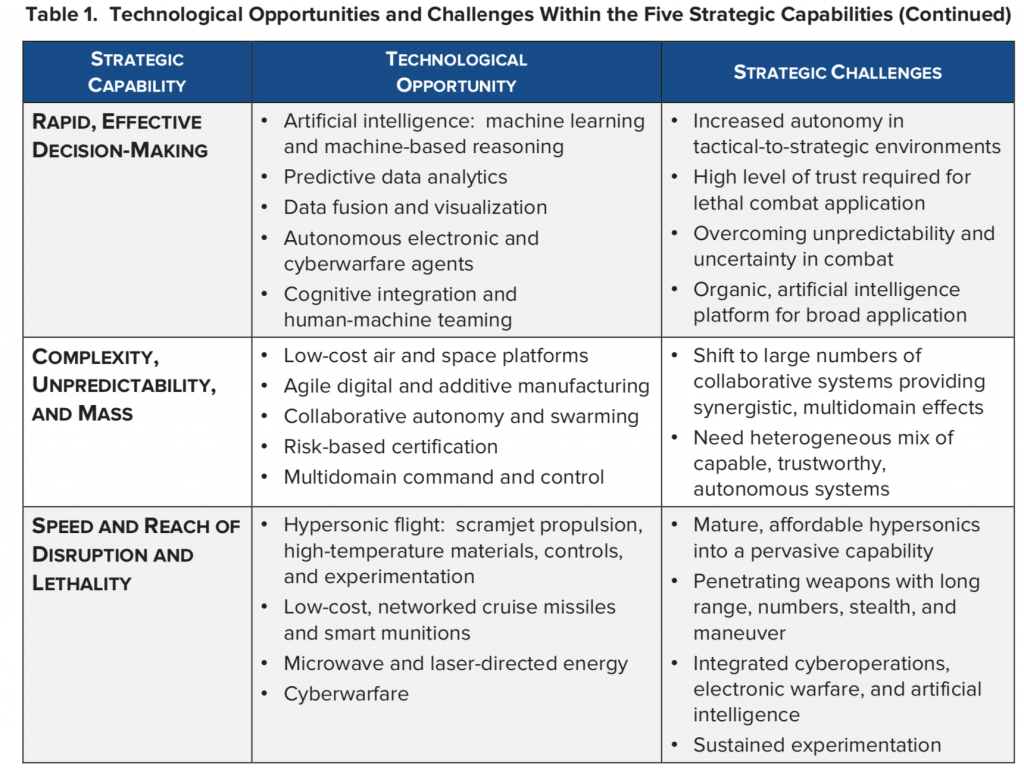 Perhaps the most intriguing reform Wilson unveiled is a “PhD management office” that will manage perhaps the most crucial asset in the Air Force: its most highly educated officers. The goal — manage them as carefully as the service now does its general officers. “We can’t afford to lose that talent,” Wilson said.